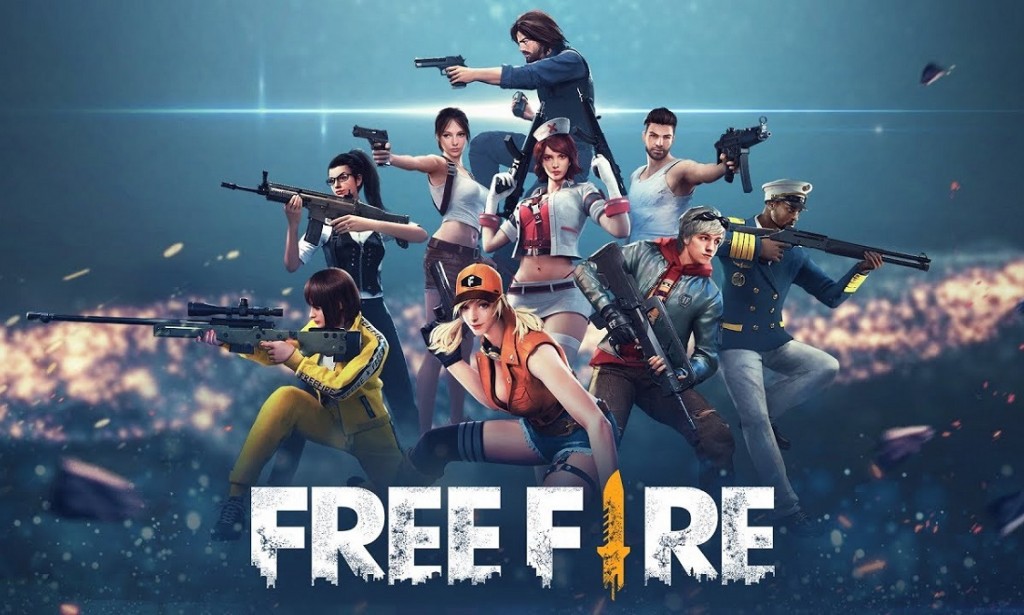 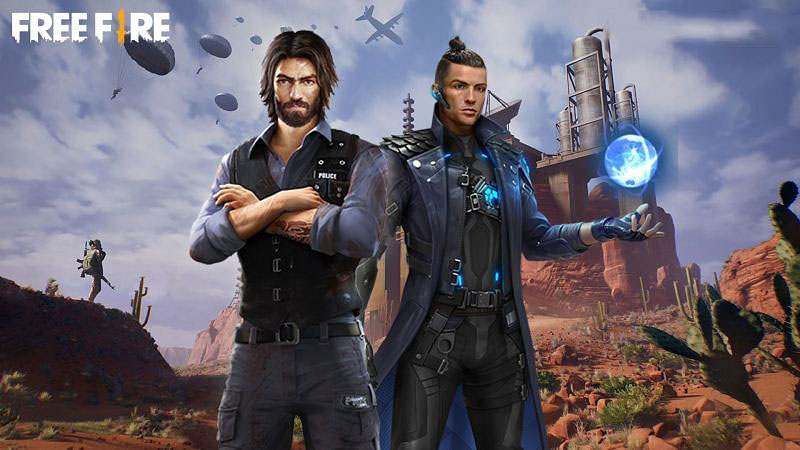 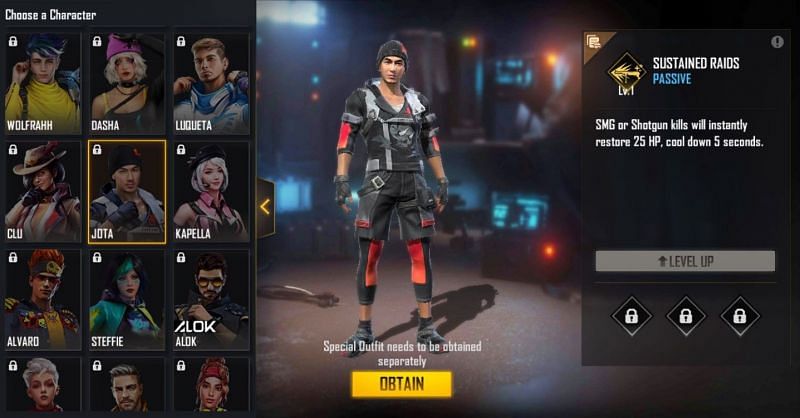 Sustained Raids gives the players 40 HP per kill using a weapon from a Shotgun or SMG class. It has a cooldown of 5 seconds.

Jai's ability, Raging Reload, replenishes the magazine of the gun automatically by 45% with each knockdown. It is limited to AR, Pistol SMG and SG. 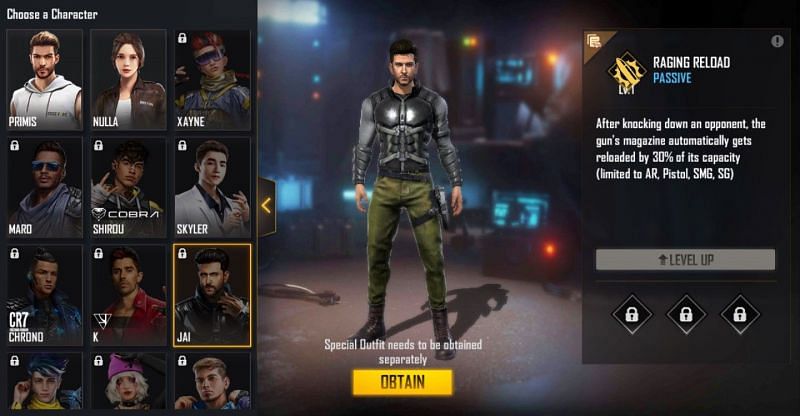 This is considered to be the best character combination for those who prefer aggressive gameplay. Jota's Sustained Raids will provide them with additional HP with every kill. Jai's skill will reduce the need to reload while rushing, as the magazine will reload automatically by a specific percentage after knocking down a foe. 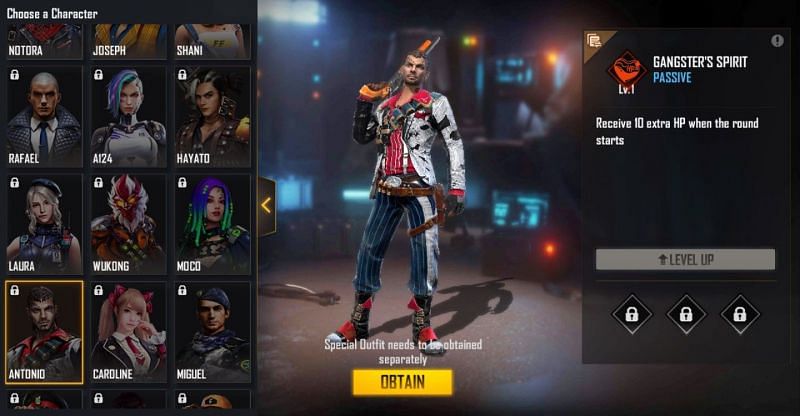 With Antonio's Gangster's Spirit skill, players receive 35 extra HP when the round starts.

Upon being hit by an enemy, the Damage Delivered ability tags them for 6 seconds within an 80m range. The first shot to the marked opponent has a 100% increase in armor penetration, and there is a cooldown duration of 20 seconds.

This combination is also a decent option for players. Antonio's ability is considered to be among the best ones for the Clash Squad mode as in every round, users begin with 235 HP, providing them with a much-needed advantage during crucial moments. Damage Delivered will show opponents' position, and the initial shot will have increased armor penetration. 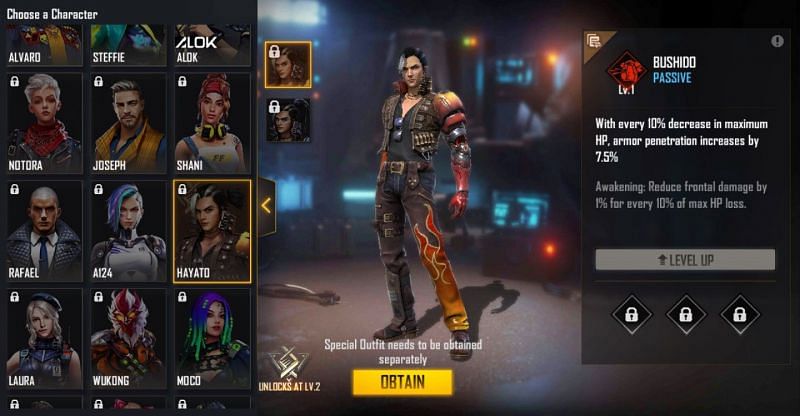 Bushido leads to an increase in armor penetration of players with a 10% decrease of their max HP. Furthermore, if players have an awakened version of the character, the frontal damage also sees a reduction.

Moco's skill tags opponents for 5 seconds and the location is shared with the teammates. 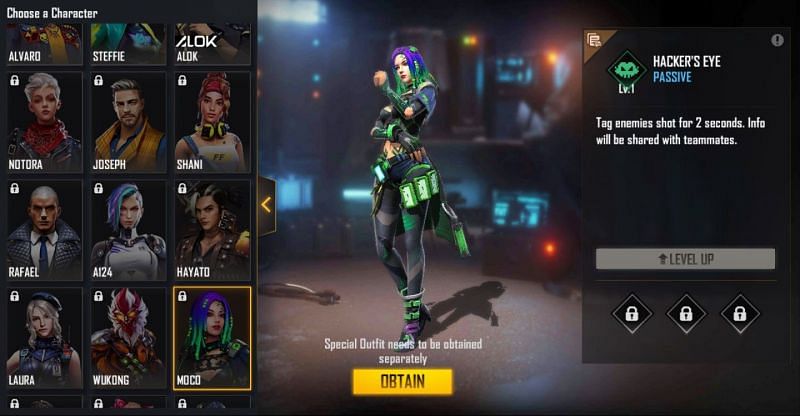 This combination can also be tried out by the users as the increase in armor penetration can help them to knock down their foes quicker. Meanwhile, using Moco's ability, players will know opponents' locations for a few seconds, enabling them to make their next move appropriately