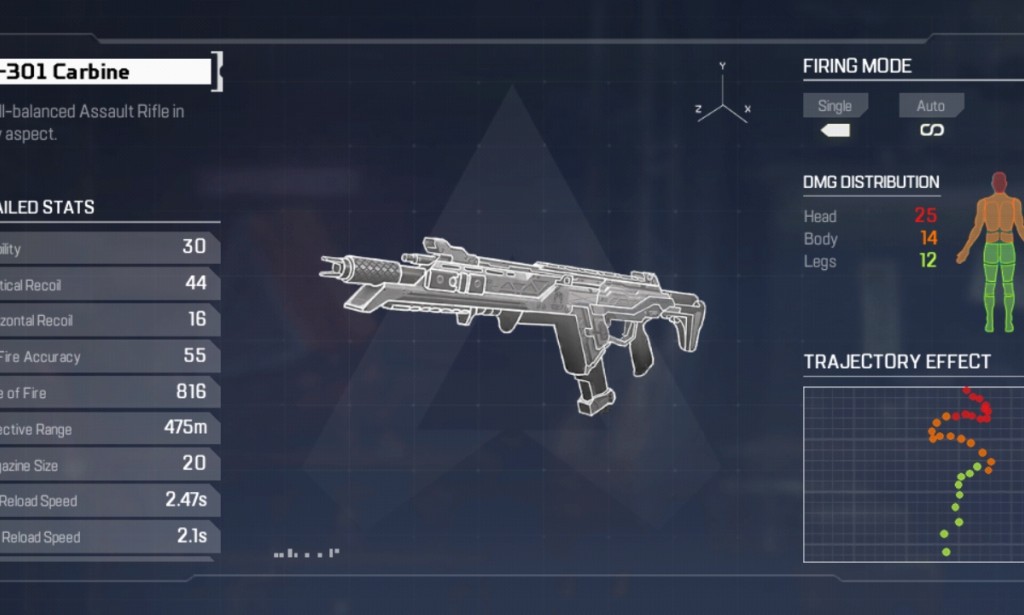 Apex Legends is one of biggest name in Battle Royale industry. With the launch of the game on the mobile platform most players are trying their hands at it. Only a few of them know which guns are good.

Here is a quick guide to the 5 best guns in Apex Legends Mobile for more frags.

It called so '8' because the bullets spread like the number 8 when fired. This automatic shotgun is best known for the destruction it causes in close range fights.

The gun is extremely handy when it comes for beginners in the game.

Loved by intermediate and expert players this beast of demolition is hard to control.

Coming with 20 bullets which can be expanded upto 27 bullets a round, the submachine gun has one of the highest firing rates in the game, clocking in at 198 DPS.

R-99's explosive burst fire makes it a deadly weapon to use in short-range combat.

Known as 'Jack Of All Trades' for its effectiveness in short,mid and long range combats the R-301 is one of the best assault rifle in the game.

The gun has a magazine capacity of 18, which can be increased to 28 when equipped with an extended magazine.

The slight recoil is hard to control but once you get the hang just go for the head. Furthermore, the gun is renowned for dealing great damage and has the power to knock down multiple enemies in a single spray.

M600 Spitfire is one of the best weapons in Apex Legends Mobile and is reportedly the best amongst the LMGs. With a medium rate of fire and impeccable hip-fire accuracy, the gun can fire stable sprays even from long ranges.

Its magazine capacity is quite large, making the gun suitable even in close-range fights.

The Kraber.50-Cal or simply Kraber is reportedly the best sniper rifle in the game.Found only in drops, this gun comes with 6x-8x scope.

A single bullet not only shatters the shield but also deals lethal damge. Players using the gun can knock others out with a single headshot