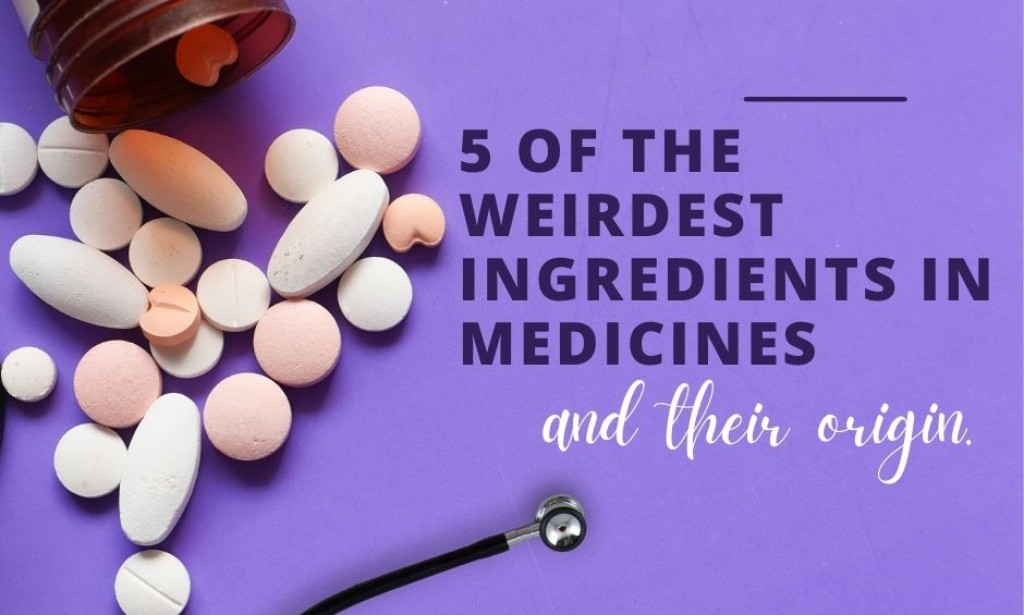 5 of the weirdest ingredients in medicines and their origin

We believe in pharmaceuticals because they help us so much that we seldom ever think to wonder, "What am I taking?"

I talk about several strange chemicals you might have ingested in this essay.

Let's say that, "God forbid," you become unwell. What are you going to do?

What if I told you that this medicine has urine in it? Will you accept it even now?.

Heck yeah! You will take it for your health.

You expected me to provide you some enticing conspiracy information, but not in this profile.

However, I'll give you some fascinating information about 5 medications to discuss with your buddies at your subsequent get-together.

So grab your nerd glasses and keep reading...

The bacillus Mycobacterium tuberculosis is the cause of TB, often known as tuberculosis. This bacteria enters the body through the air, often damaging the lungs and other organs. People have been dying from the illness for thousands of years (1).

A scientist named Robert Koch discovered convincing evidence of the advantages of gold cyanide in cultures of Mycobacterium tuberculosis due to the absence of medical knowledge. However, animal trials were never conducted despite the promising results.

Desperate methods are used, nevertheless, amid gloomy times. Sanocrysin demonstrated strong responses in animals, which they believed had killed the bacteria at the time. As a result, Professor Holger Melgaard and the clinician's professors, Knud Secher and Knud Faber agreed to begin using it as a therapy for TB. Sanocrysin (a salt of gold) was eventually shown to be harmful and prohibited after more thorough research. In contrast, myochrysine, another gold salt, was later found to positively affect arthritis. Consequently, what began as a TB treatment became the cornerstone of chrysotherapy for rheumatoid arthritis. (2)

Since ancient times, people have been terrified of snakes because of their lethal bites.

But when you ask a scientist a question, it's actually about teamwork and using animals like: once discovered, snakes were a gold mine. This precisely is what occurred in 1986.

Let's start by going back to 1965. A group of peptides from the venom of the Bothrops jararaca, a Brazilian snake, have lately been described by a scientist.

Also, a medication targeting the angiotensin-converting enzyme receptor (ACE), known to produce bronchospasm and, therefore, hypertension, was the goal of two scientists called David W. Cushman and Miguel A. Ondetti in 1986.

They were looking for the chance to work with Dr. Y.S. ("Mick"), who had shown how the peptide combination obtained from the venom blocked the ACE enzyme in a dog's lung.

The two researchers began extracting peptides from the venom and testing them on animals, with remarkable outcomes, until they eventually produced teprotide. This chemical proved good hypotension treatment in Vetro and Vevo and became the precursor of ACE inhibitors. (3)

Estrogen production by a woman's ovaries eventually stops throughout menopause, and this hormone loss can lead to various symptoms.

These symptoms can range from moderate, when no supporting hormone therapy is required, to severe, where hormone medication is necessary to ease the women's suffering.

Premarin is a medication that is administered as an estrogen source.

But producing estrogen is not that easy.

Researchers have researched estrogen in female bodies throughout time.

They learned that it could be extracted from pregnant women's urine or placenta.

Naturally, we cannot produce medications or obtain enough urine from pregnant ladies. As a result, researchers eventually discovered that pregnant horses' urine is remarkably comparable to that of humans and includes roughly 30 different types of estrogen. Horses also urinate more frequently than people do.

The practice of implanting healthy people's feces into sick people dates back to the 4th century in China, only to be rediscovered throughout history.

One of these instances occurred in 1957 when Stanley Falkow, a lab technician, encountered a challenge at work.

Some patients had the intestinal bacteria Staphylococcus. The physicians instructed patients to take antibiotics before surgery to reduce the danger of infections.

However, this also eradicated their natural flora—the beneficial bacteria—which left them with severe diarrhea and odorless feces.

Falkow then proposed that the patients consume their feces again as a treatment, but she could not explain how.

Until a coworker proposed that they obtain samples from patients and put some of them into capsules so that patients could consume them effortlessly.

When the hospital's administrator learned, he was furious. He was fired, but when Falkow's plan proved to be successful, he was rehired.

Nowadays, patients are not required to take their feces. Assembling healthy microorganisms into tablets is more than enough. (5)

A medication used to treat angina is glyceryl trinitrate.

Ascanio Sobrero, an Italian physicist, created the first version of it.

He created GTN by combining sulfuric and nitric acids.

He didn't reveal it at the time since the substance was explosive in nature and gave anybody who was exposed to it terrible headaches.

This chemical was later used by Alfred Nobel to make dynamite, resulting in his brother's death.

He felt really sorry for creating a weapon-grade chemical. He was still wealthy enough to establish the Nobel Prizes, thanks to the enormous profits he received selling dynamite.

Simultaneously. GTN has long been known to lower arterial tension. However, it was very unpredictable among patients.

Simultaneously. GTN has long been recognized to reduce arterial tension. But among the patients, it was really unpredictable.

Murrell conducted an experiment on himself to research the outcome while working as a doctor at Westminster Hospital in London. After that, he tested it on real people and discovered that while most people respond differently to the same amount of medication, pulse rates rise steadily. By limiting the amount, the headache was lessened.

The drug is still used to treat angina in various dose formulations years later and after several trials. (6)