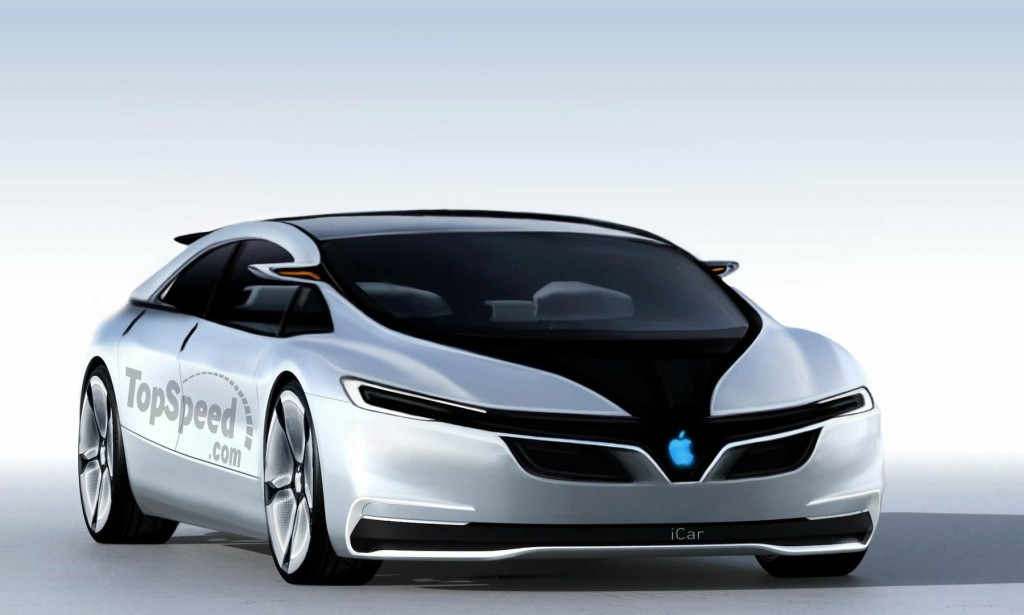 Apple Car: What is known about the company's most ambitious project?

Apple and Hyundai Motor Group are preparing to sign a cooperation agreement in which they will finally start building one of the most anticipated cars in the world, the Apple electric car. Rumors based on statements from various sources close to the process are now appearing more and more every day, indicating that the process is indeed underway.

According to early information, the agreement will be signed in March, but yesterday the Korean publication Donga reported that it will happen as early as February 17. As part of the deal, Apple will invest in KIA, a subsidiary of Hyundai Motor Group. Apple's investment will total $3.6 billion, which will be used, in particular, to upgrade Kia's production facilities in Georgia.

Also today, new details about the Titan project -- code-named the Apple Car -- became known inside the company itself. A big CNBS text claims that Apple isn't going to give up its brand in favor of some other brand - the company is looking for a partner to co-develop and assemble. But Apple also wants to control the entire process, including software and hardware development. So it's not going to be a notional KIA Apple. It will be exactly the Apple Car.

In addition to Hyundai Motor Group, other automakers may be involved in the project. It's not very clear what exactly we're talking about: is Apple worried that the deal will fall through? Or is Apple thinking about the future? I see exactly the second option as more correct, since it was previously reported that the company is considering a partnership with General Motors to work on follow-up cars:

Earlier, the media began to claim that the characteristics of the future Apple car are already known: the maximum speed of 250 km/h, acceleration to a hundred in 3.5 seconds, charging to 80% in 18 minutes, and on a single charge it will be able to travel over 500 km! However, these cannot be called the Apple car's characteristics, as these are the figures that cars built on the Hyundai E-GMP platform are capable of showing.

It is assumed that this platform will be the basis of the future Apple Car. And the batteries, by the way, Apple plans to develop and use its own, so what their charging performance will be, it is not known yet:

The most important point in today's news was Apple's desire to make a fully autonomous car. It does not need a driver. This was reported by CNBS, citing sources close to the agreement.

The first Apple Cars will not be driver-driven. They will be autonomous electric cars. They are designed to operate without a driver and are focused on the last mile.

And here's where the problem arises. There are a lot of different modes of mobility in cities. For example, in Moscow, the most popular mode of transportation is the subway. But not everyone in the city has a station near their home. For me, for example, the nearest one is about 15 minutes away, and for someone even longer. The distance you and I have to walk to get home from the metro is called the last mile.

Some people walk, some take the bus, some order a cab, and some rent a carshare. The Netherlands, for example, uses bicycles, which are parked right next to the stations. Personal electrified vehicles like scooters, longboards, and monocycles are also very popular. All of these are considered last-mile transportation.

The term "last mile" is also used in delivery logistics. You order a product via the Internet and think about the best way to pick it up: it will be cheaper in the store itself, or in a conventional post office or pickup point, which is a kilometer from your house, it will be more expensive, but it will save you time. The most expensive delivery will be within the last kilometer, that is, to your door. However, in this case, you are highly dependent on couriers, which, for example, in Moscow is very rarely able to get to the door on time. Recently, an interesting solution offered by the company "Yandex" - you make delivery to one of the warehouses "Lavka", hence the couriers have brought your order at a convenient time for you. True, here you save only time.

And with all this in mind, I don't really understand how Apple is going to enter the last mile mobility market with its car. Is it going to be an autonomous electric car for carsharing and cabs? Will it be a delivery vehicle?

My misunderstanding comes from past rumors: according to respected insider Min-Chi Kuo, Apple's car will be a very expensive electric car as the company aims for the high price segment.

Apple's interest, like any other for-profit company, is to make money. That's where Morgan Stanley analyst Kathy Huberty comes in:

So Project Titan is the next stage of the journey in which Apple wants to be less dependent on iPhones. We have seen this for several years in a row on an ever-growing category of services:

My misunderstanding of Apple's path is related to the question: how does the company plan to make money from the car? Its plans are not the most ambitious yet: a hundred thousand cars a year, followed by an increase in production of the first model to 400 thousand. Annually, about 90 million cars are sold in the world, and 400 thousand is far from 2 %. In other words, we are talking about the money equivalent. This means that cars will be expensive.

I'm probably looking at the mobility market all wrong. According to Robert Swan, who will leave his post as CEO of Intel on February 15, by 2030 most cars will be autonomous. McKinsey's Center for Future Mobility believes that in the 50 largest metropolitan areas, where 500 million people live, a system of autonomous cars will lead to improved road safety, and electrification will reduce pollution to the tune of $600 billion.

In other words, the market will change dramatically over the next nine years, and a lot of people will upgrade their car fleet. And there are no proposals for this market yet, because we are talking primarily about level four and five autopilot, where drivers are not even required to participate.

Apple obviously wants to pioneer this new market. But the company is not alone in this regard - its competitors include Google, Intel, and Sony, which is ambiguous about its interest:

And I'm not talking about the usual automakers like Tesla, VW or Toyota.

The mobility market is going to change a lot in the next ten years. Of course, one has to wonder about the carbon footprint that will inevitably follow as the system begins to change. But that's a bit of a different story after all. The important thing is that such changes will affect a lot of countries, too: Apple still hopes to announce the project in 2024, and start production in 2025. But the use of such cars and systems requires fifth-generation networks. And things are not very good at 5G: In the United States and China, this topic is actively developing, but in Russia, it seems stalled and for commercial use in the largest cities of the country before 2027, I would not expect it. So soon, not only operators and some smartphone manufacturers will be talking about implementing fifth-generation networks, but also car manufacturers and technology companies like Yandex and Sber - they are also creating their own drones. And here, we will have to clear the frequencies.

It is also interesting how the classic car industry will cope with the problem of a changing world: right now, not many car manufacturers are announcing work on autonomous cars. And I am not talking about countries where budget cars are popular because of low incomes. Yes, Russia is among them. The local car industry certainly does not think about the conceptually distant, but so close in time future. But it is about time.