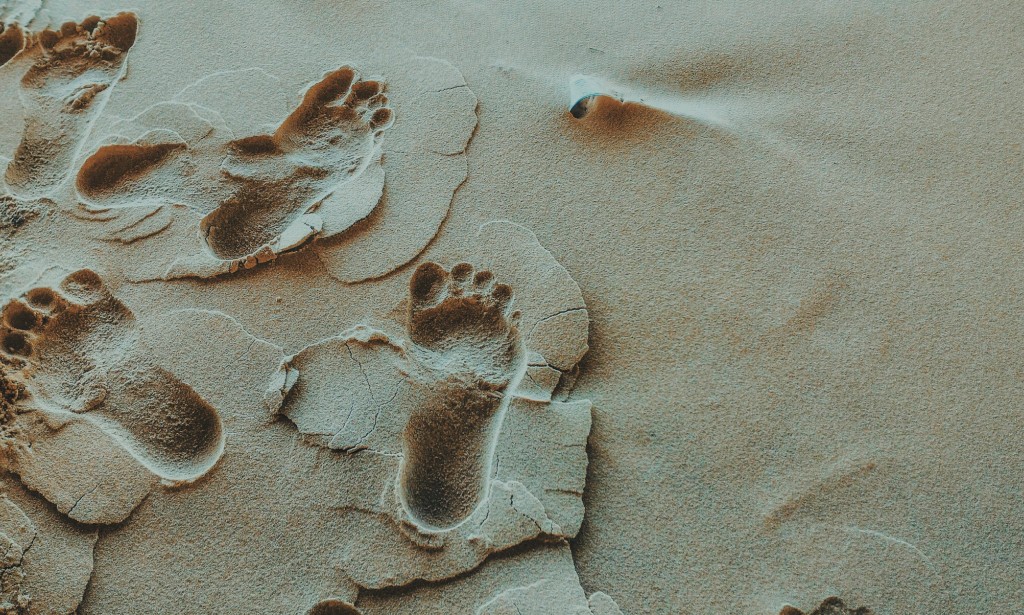 Archaeologists from Cornell University and the Far Western Anthropological Research Group have discovered many human footprints at the U.S. Air Force Range in Utah (UTTR).

"This find is of important historical significance because it is only the second such case in the United States." The previous discovery was made in White Sands National Park in New Mexico, where Pleistocene-era human footprints were discovered in 2018 after years of excavation and research.

How did the researchers manage to find these footprints?

Daron Duke of the Far West Anthropological Research Group and Thomas Urban of Cornell University were headed toward the Wishbone excavation, located just a half-mile away at the UTTR military base. Duke and Urban are working together at the site as part of a pilot project. An ancient hearth had previously been discovered here, with burnt animal bones, charcoal, and stone cooking tools nearby.

With his vast experience in archaeological projects, Urban noticed "ghostly" footprints that appeared briefly in high humidity and then disappeared again. Using GPR, the scientists were able to determine what was hiding in the surface soil layer. In total, the archaeologists were able to identify 88 footprints, which included the footprints of both adults and children between the ages of 5 and 12.

Duke believes the desert landscape was quite different at that time. The Wishbone site and the trailhead, now called Trackaway Site, were part of a large wetland that scientists now call Old River Bed Delta.

"Apparently people were walking in shallow water, the sand quickly filling the prints behind them, as it does on the beach, but there was a layer of mud under the sand that preserved these footprints," Duke says in a press statement.

Duke and his colleagues have studied the chronology of events in the area quite well and now know for sure that the area was last swamped more than 10,000 years ago. In addition, the researchers are trying to find organic material near the footprints that can be used to radiocarbon date the samples.

"Today, as we face the challenges of water loss in the Great Salt Lake and in the western desert, this area serves as a close example from the past of how drastically things can change," he added.

Interestingly, using the desert as a testing and training ground for the military also contributes to the preservation of archaeological sites. There are 822 archaeological sites at Hill Air Force Base and UTTR Proving Ground, most of which are prehistoric. Officials talk with representatives from each of the 21 American Indian tribes to get their perspective on a particular discovery.