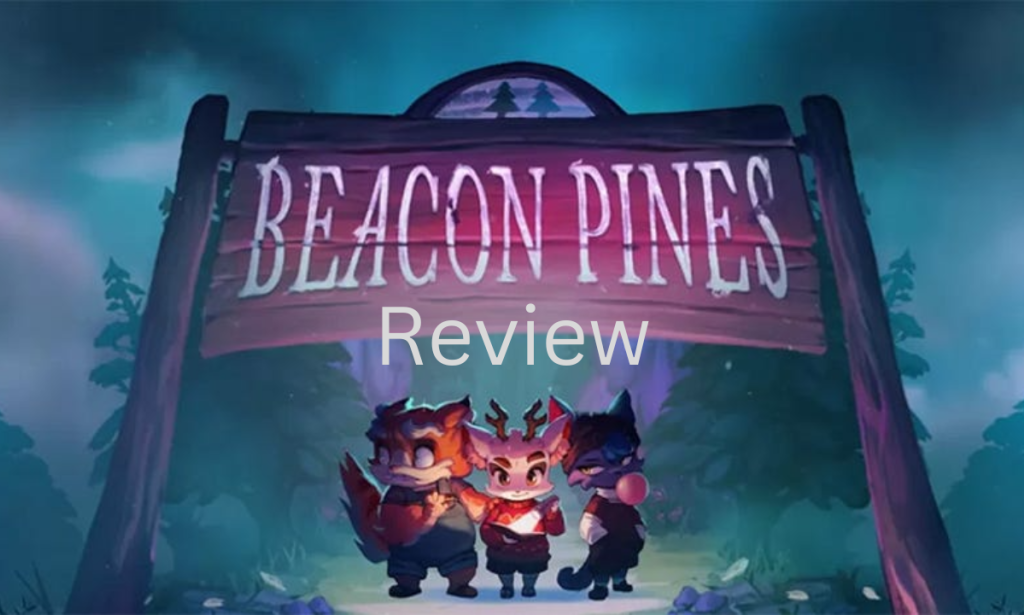 Bacon Pines is a narrative adventure game developed by hiding Spot you play us both the reader of a book and its sweet young protagonist Luca Van Horn, who is determined to uncover the secrets of the titular Beacon Pines. As you walk around exploring the world, you'll occasionally uncover charms, keywords that will allow you to determine the fate of the story when you reach moments called turning points. Sometimes you may only have a single option when you reach one, so you must continue along that particular path to find additional charms.

You can then use a mechanic called The Chronicle to travel back to past turning points and choose a newly discovered charm, which will set you on a new path. It's important to note this isn't a game where your choices carve out a unique version of the story. Instead, Beacon Pines uses its branching paths to lead you towards its true ending. It's an unusual concept, but one that really paid off to me. The reason being is that it captures the role-playing concept of the player knowing more than their character. This allows particular moments to shine because the game doesn't have to rely on telling you everything about a character if it doesn't fit the current context of the story, meaning that a single line. And land with far greater impact in another branch later on. I applaud hiding spot for piercing together the story in such a clever way. The handcrafted art style of beacon Pines locales really sell the storybook setting. And where do I even begin with these character designs? I was enamored from the moment I laid eyes on them, particularly the delightful librarian. Despite the gorgeous exterior, Beacon Pines hides some creepy sci-fi secrets which create an excellent pace for the stories as you become lulled into the coziness. For being snapped back into the Spooks.

I personally found the inclusion of a narrator somewhat jarring, as the game sets you up as the reader of the book, so I wanted to experience the story as a reader, not a listener. So I opted to turn the narrator's volume off in favor of reading along to the story against the backdrop of its lovely, atmospheric soundtrack. I would have loved to see more opportunities to take the charms I discovered and go back to rewrite further storylines.That said, I'm more than content with the variety that was offered without sacrificing the tight, polished stories that all provided inside and pushed the overarching narrative forward. Bacon Pines is best binged over one or two sessions coming in at about 6 hours or so, as the short and winding nature of the story can make it a little tricky to remember exactly who was where in your current timeline. This didn't hinder my experience, although a recap feature of key events on a timeline would have been welcomed amongst the pages of the Chronicle. Overall, I had a really wonderful time with Beacon Pines. Exploring one story to its fullest from a number of different perspectives felt fresh and engaging. I was compelled by the world and its characters and was eager to reach the heartfelt ending. It's a polished, delightful experience, and I look forward to whatever hiding spot has in store next. Beacon Pines is available now for 1999 on PC, Nintendo Switch, Xbox and Xbox Game.

I am not a gamer, but you are an excellent writer. I was hooked to the game, just reading your review.

My name is Abhishek Deshmukh and I'm a professional article writer. I love write artile on game reviews, tech and science.