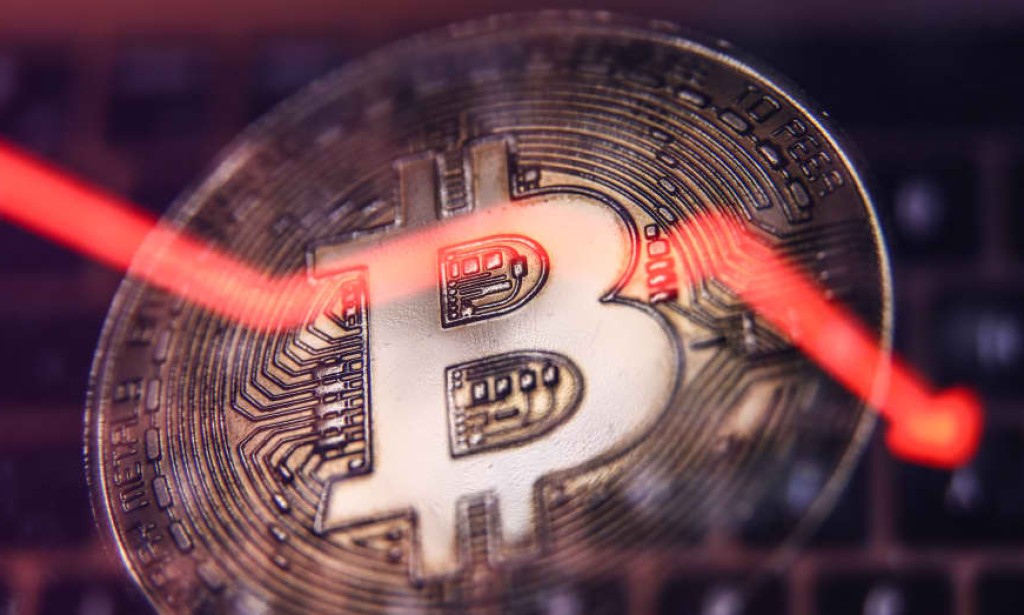 "Bitcoin will collapse by another 30%." Why the asset risks continuing to get cheaper

Experts told why the cost of the first cryptocurrency continued to decline and explained why market growth is unlikely in the near future.

Over the weekend, the bitcoin exchange rate continued to decline, at the moment falling below $ 19 thousand. As of Sunday, July 3, 14:05 Moscow time, the first cryptocurrency is trading at $ 19.08 thousand, over the past day it has fallen in price by 0.8%, over the week — by 11%.

Investors summarize the results for June, the 2nd quarter and the first half of 2022. In June, bitcoin fell in price against the dollar by 37.29%, in the 2nd quarter — by 56.18%, in six months — by 56.85%. The market capitalization of cryptocurrencies has decreased from $2.260 trillion to $854 billion over the past three months. The 2nd quarter was the worst since 2011. The drawdown of the first cryptocurrency was caused by the flight from risky assets against the background of tightening monetary policy, as well as the collapse of two interconnected cryptocurrencies Terra USD and Luna. The collapse of the market attracted the attention of regulators. The market has come under stricter rules due to risky investments.

On June 18, the bitcoin exchange rate dropped to $17.6 thousand (according to the Binance exchange). Sellers updated the minimum in the thin market against the background of the fall of the S&P500 and Nasdaq stock indexes. Investors sold off US stocks after the US Federal Reserve rate hike immediately by 75 percentage points, which was the biggest jump since 1994. A sharp increase in the rate has raised concerns about the onset of a recession in the United States.

On Friday, July 1, bitcoin fell by 3.32% to $19.2 thousand, while the S&P500 and Nasdaq indices closed with an increase of 1.06 and 0.90, respectively. Since the indices closed in the black, the weekend should be controlled by buyers.

Sentiment may change after the release of quarterly reports of American companies. If they turn out to be not so deplorable, then stock indexes will continue to adjust. Since the recession is partially accounted for in prices, the rebound can be sharp. A restraining factor for risky assets is the FOMC meeting, which is scheduled for July 27. Futures on rates indicate a rate increase of 75 percentage points, to 2.25-2.50% with a probability of 82.6%.

For the BTC/USDt pair, the first resistance is the level of $23.5 thousand. To develop a correction in the area of $ 28 thousand, it is necessary to consolidate above the level of $24.5 thousand. At the same time, there is no fundamental data and news that can bring buyers back to the market. Many entered the stablecoins and took a wait-and-see attitude, watching the market from the side.

"The failure to $17.5 thousand should happen one of the weekdays"
Cryptorg CEO Andrey Podolyan

The month is closing terribly. Judging by the candle configuration, there can be no question of any quick reversal. To begin with, a reversal candle should be formed on the months. I also note that last June 2022 turned out to be the worst month in the entire history of bitcoin, as much as minus 40%.

The bears' interest is now focused on the levels of the recent low in the region of $17.5 thousand. This minimum was formed on a weekend when the largest Chicago futures exchange, CME, was not trading. In my opinion, now the failure to $17.5 thousand should happen on one of the weekdays so that this minimum is fixed on the CME.