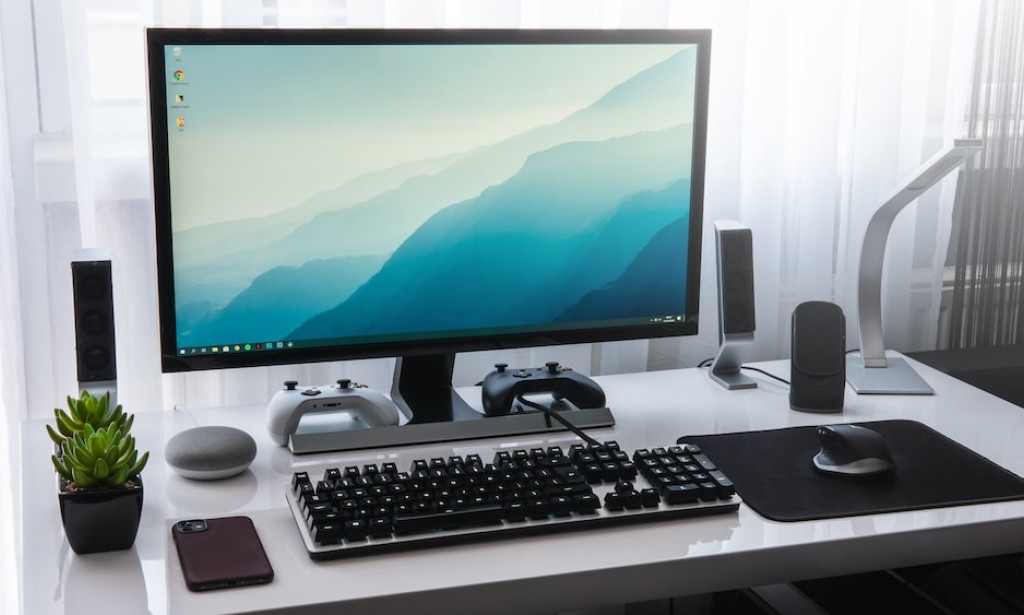 Computers are getting smarter, but the same are not happening with themselves

The idea that computers will become self-aware and then take over the world has been around for decades. It's a popular theme in science fiction, from HAL 9000 in Stanley Kubrick's 2001: A Space Odyssey to the machines in The Matrix. But the reality is that it's not something we need to worry about anytime soon.

The reason for this has a lot to do with how computers work. They're only able to do what we tell them to do, and they can't learn on their own like people can. We program them with specific instructions for how to perform tasks—what steps need to be taken, which data needs to be accessed, etc.—and then they follow those instructions exactly as they were written down. So while our computers might seem smart because they can solve complex problems and run complex programs, they're really just following orders like good little workers. We don't have anything close yet to an artificial intelligence (AI), much less an artificial consciousness (AC). Computers are not self-aware. They don't have any kind of consciousness. They are machines, and they will always be machines.

The idea that computers will one day become sentient is a myth. It's wishful thinking that makes us feel better about our own mortality, because it lets us imagine that the machines we create might outlive us—that somehow their consciousness might transcend their programming and reach some higher plane of existence. But computers can't do this; they don't have a soul or a mind or even an idea what those things are! They're just lines of code running on silicon chips; they can't grow beyond their programming any more than a calculator can suddenly become an artist or a refrigerator can sprout legs and walk away from its owner. So stop worrying about whether your laptop is going to kill you in your sleep (it won't), and start worrying about what kind of person you want to be when you wake up tomorrow morning: someone who believes in nonsense like "self-awareness" or someone who has enough sense to know that computers aren't going to make themselves smarter any time soon? It's not that computers are stupid. In fact, they're really good at doing lots of things that humans can't. Computers can solve math problems at lightning speed, remember lots of information in an instant, and even use brute force to find solutions to problems that humans would never be able to solve on their own.

computers are still just machines. They don't have any real understanding of the world around them—and that's why they won't ever become self-aware or develop consciousness. And it's not just a matter of time: computers can't do it because there's nothing in their programming that allows them to understand the world around them in a way that would allow them to develop consciousness or self-awareness. There has been a lot of talk about artificial intelligence lately, but what exactly is it? The term “artificial intelligence” (AI) refers to machines that are capable of performing tasks that require human-like intelligence. These tasks include speech recognition, visual perception, decision-making and language translation.

While many people believe that computers will one day become sentient beings and destroy us all, the reality is that AI won’t ever get that smart. In fact, it’s already much smarter than we give it credit for. Computers have been able to beat humans at Jeopardy! since 2011 and have been able to drive cars without crashing into things since 2012. However, these “smart machines” aren’t so smart after all. They simply perform their functions in a very efficient manner—they don’t actually think or feel like humans do. Computers are complicated machines that perform tasks by following instructions. They can do a lot of things—but they can't think for themselves. That's why computers use programming languages, which tell them how to do things. Programming languages are made up of instructions called "commands" that tell computers what to do when they run programs. For example, if you type in "print('Hello world')" into your Python program and run it on your computer, then the computer will print "Hello world" on the screen.

The notion that computers will someday become sentient and take over the world has been bandied about for decades. But why won’t computers ever make themselves smarter? According to [name], there are many reasons. For instance, in order for a computer to be able to do something as complex as self-improvement, it would need a way of evaluating its own performance. This is something that has proven very difficult for artificial intelligence researchers. In addition, even if a computer could evaluate its own performance and improve upon it, it still wouldn’t be able to understand what made it successful at whatever task it was trying to accomplish. For example, if you asked me why I was able to solve a problem on my math test last week with ease while other students struggled—even though we all had access to the same resources—I couldn’t tell you why I did better than they did. The same goes for computers; they don’t have enough information about themselves or their environment. If you've ever tried to teach a computer how to recognize objects in a photo, you know how hard it can be. It's not impossible, but it is extremely difficult. And even if you do manage to teach the computer how to recognize objects in photos, there's no guarantee that it'll be able to apply its knowledge beyond that particular task. Computers are really good at crunching numbers and following instructions—but they're not so great at figuring out what those instructions mean or whether they should follow them in the first place. That's why we don't see computers making themselves smarter any time soon—not even if they're given access to all of human knowledge.

The way I see it, with computers being all around us and each one of them containing so much knowledge within itself, that this should make the computational power of humanity so much stronger. While we’ve built machines to aid us in knowing new things, we still haven’t quite figured out how to build a machine that can figure out how to build a machine. There’s still a certain amount of upper computing power that we do not understand about ourselves. Perhaps if we had the computational power of all of humanity put together and then multiplied by a factor of ten or more, then we will have a better chance at figuring out how to create artificial intelligence that can help give answers to some questions that we could never answer on our own. Until then, though, computers are just dumb machines.