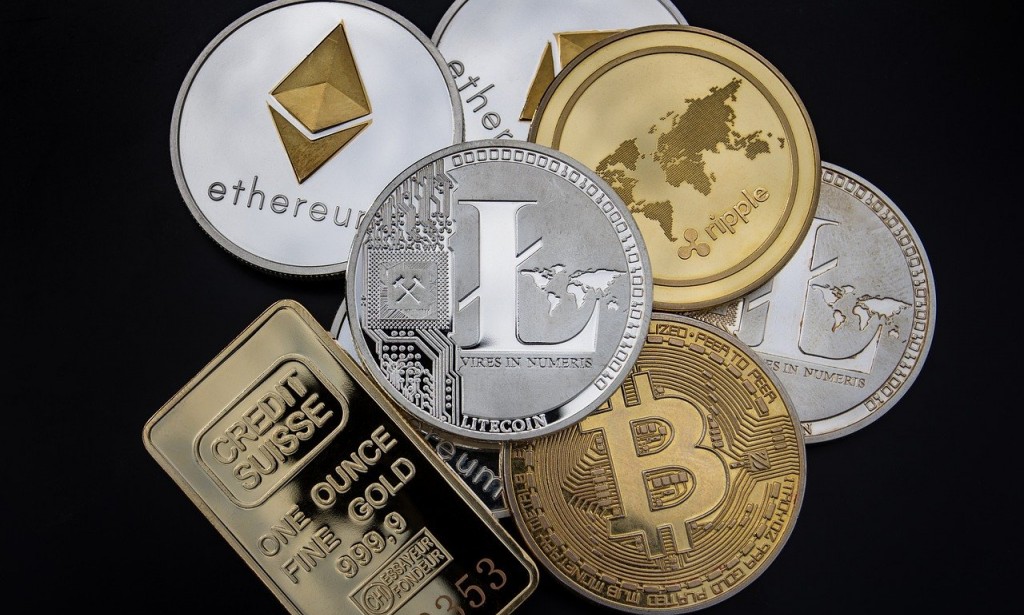 cryptocurrency is a new form of digital currency

Simply put, a cryptocurrency is a new form of digital currency. You can digitally transfer your euros, but that's not quite the same as how cryptocurrencies work.

When cryptocurrencies become mainstream, you may be able to use them to pay for things electronically, just like you do with traditional currencies.

However, what sets cryptocurrencies apart is the technology.

You can say, "Who cares about the technology behind my money?"

I only care how much is in my wallet!

The problem is, the world's current monetary systems have a bunch of problems.

Here are some examples :

Payment systems such as credit cards and wire transfers are outdated.

In most cases, a group of intermediaries like banks and brokers take an important part in the process, making transactions expensive and slow.

Financial inequalities are growing around the world.

About 3 billion unbanked or underbanked people do not have access to financial services.

That's about half the population of the planet!

Cryptocurrencies aim to solve some of these problems, if not more.

The history of cryptocurrencies

The story of these virtual coins begins with one person: cryptographer David Chaum.

In 1983, the American developed a cryptographic system called eCash.

However, the first time that the idea or term "cryptocurrency" was coined was in 1998. In that year, Wei Dai began to think about the development of a new payment method using a system.

cryptographic and whose main characteristic was decentralization.

Satoshi Nakamoto: the creator of the first cryptocurrency

Do you remember the global economic crisis that started over ten years ago?

The effects of such an economic catastrophe were dormant and coins were losing value faster and faster.

In 2009, the so-called Satoshi Nakamoto, a person whose identity is still a secret, created the first cryptocurrency, Bitcoin.

As you've already read, he wasn't the first person to come up with the idea of ​​creating it.

What was the intention behind this?

Create a new payment method that could be used internationally, decentralized and without any financial institution behind.

What drove him to create his cryptocurrency was this great economic crisis that affected millions of citizens.

Also, the need to make people understand that there is another type of currency, which is not conventional, which you can also use and profit from.

Still not convinced that cryptocurrencies (or any other type of decentralized currency) are a better solution than traditional government money?

Here are a number of solutions that cryptocurrencies may be able to provide due to their decentralized nature:

But when you give a ton of power to a single person or entity, the chances of abusing that power increase.

Cryptocurrencies aim to solve the problem of absolute power by distributing power among many people or, better yet, among all members of the network.

This is the key idea behind blockchain technology anyway.

Eliminate currency devaluation: Governments have central banks and central banks have the ability to simply print money when faced with a serious economic problem.

By printing more money, a government may be able to bail out its debt or devalue its currency.

However, this approach is like putting a bandage on a broken leg.

Not only does this rarely solve the problem, the negative side effects can sometimes outweigh the original problem.

For example, when a country like Iran or Venezuela prints too much money, the value of its currency drops so much that inflation skyrockets and people cannot even afford to buy goods and

Their money barely becomes as valuable as rolls of toilet paper.

Most cryptocurrencies have a limited and defined amount of coins available.

When all of these coins are in circulation, a central entity or the company behind the blockchain has no easy way to just create more coins or add to their supply.

Putting people in charge of their own money: With traditional cash, you essentially cede all of your control to central banks and the government.

For example, in the United States, if you don't have a legal will and are a business owner, the government is entitled to all of your assets if you die.

Some governments may even just do away with banknotes like India did in 2016. With cryptocurrencies, you and only you can access your funds.

Eliminate intermediaries: With traditional money, every time you make a transfer, an intermediary like your bank or a digital payment service takes a share.

With cryptocurrencies, all members of the blockchain network are this intermediary;

their remuneration is formulated differently from that of intermediaries in fiat money and is therefore minimal in comparison.

Serving the "unbanked": Much of the world's citizens have no or limited access to payment systems like banks.

Cryptocurrencies aim to solve this problem by spreading digital commerce around the world so that anyone with a mobile phone can start making payments.

And yes, more people have access to cell phones than to banks.

In fact, more people have mobile phones than toilets, but at this point blockchain technology may not be able to solve the latter problem.

The risks associated with cryptocurrencies

Like anything else in life, cryptocurrencies come with their own risk.

Whether you trade crypto, invest in it, or just hold it for the future, you need to assess and understand the risks up front.

Some of the most discussed cryptocurrency risks include their volatility and lack of regulation.

Volatility got particularly out of hand in 2017, when the price of most major cryptocurrencies, including Bitcoin, skyrocketed above 1,000% and then collapsed.

However, as the cryptocurrency hype subsided, price movements became more predictable and followed similar patterns of stocks and other financial assets.

Regulation is another major subject.

The funny thing is that lack of regulation and exposure to regulations can turn into risky events for cryptocurrency investors.