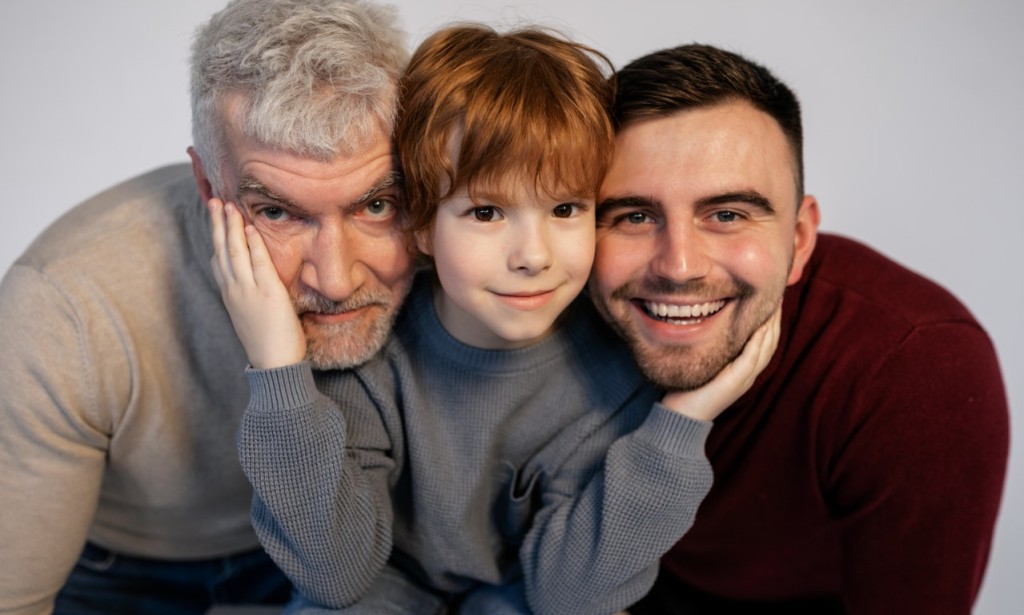 Sagar, I had a work for you my son. If you have time then tell me, said Vishwanath ji hesitantly. Dad, I'm leaving for office now and I'll see you sometime. Sagar, looking carelessly at him said, tying his watch on his wrist and hurriedly giving voice to his wife Madhavi.

Vishwanath ji stood with tears in his eyes and sat silently carrying the newspaper. Sagar their only son was born after great vows. Vishwanath ji was an officer in the bank, now retired. The wife has also left behind. He lives with his son Sagar, daughter-in-law Madhavi and granddaughter Pavani. Daughter-in-law and granddaughter take care of them but son has no time for father. In the morning, he used to enter the house at night. This was the same son for whom Vishwanath ji used to leave all his work and run. He could not let a tear come to his eyes. Once upon a time, Sagar got injured while cycling and he was repeatedly taking the name of his father then his wife Anandi ji called him. At that time he was in some important meeting but immediately left the meeting and came running.

No matter how busy Vishwanath ji would have been, he would definitely find time for his wife and son. On Sundays both of them would go for a walk. In the morning, he would leave the bank and Sagar would go to school but eat dinner together. As long as Vishwanath ji lived at home, he would do all the work of the son with his own hands. Sometimes the wife would laugh and say, you love me more than the ocean. I don't know whether our son will also take care of us so much in old age. Now-a-days, where children start earning, where they get married and have children. Forget it.

Then Vishwanath ji would explain to them and say, Madhavi ji, Our son will not turn out like this. Children of parents who do not give time to their children in childhood do this. We are always present for our son but after all our mother My son will learn something from the father then will be seen then what to think from now on for tomorrow, he would have ended the matter there.

Sagar also got a job after studying and writing. Like his father, he also became an officer in the bank. He also gave preference to the choice of his parents for marriage. Vishwanath ji brought his best friend's daughter Madhavi to his house as a daughter-in-law. He had been seeing her since childhood, since then the dream of making her the daughter-in-law of his house had gone home in his eyes, well the son also preferred his father's choice. Madhavi takes care of her mother-in-law more than Sagar, but does not know that Sagar being busy in his family kept forgetting his father.

Vishwanath ji was alone now. The daughter-in-law would have taken care but he would have missed a lot for his son. He does not even want to bother her by saying too much. Today Madhavi had heard that dad wants to say something to Sagar but he does not have time. Since then dad is sitting sad, I don't know what is going on in his mind.

Dad! Have I made any mistake? You are sitting so quietly. No son, You take so much care of me. The only complaint is from my own son who has no time for me. The old body is surrounded by thousand diseases, I do not know when the time will come. That's why I want him for some time. Sitting with me and listening to my words, tears welled up in Vishwanath ji's eyes, which he tried to hide but Madhavi saw it.

After coming from Sagar's office in the evening, Madhavi said in a complaining tone to Sagar. This morning dad wanted to tell you something but you didn't even look at him and left. Madhavi! dad wants me to sit in front of his eyes all the time, but is it possible now? Tell me at home. How will I run the family if I am sitting? Tomorrow Pavani has to go out for higher education, then how I will manage all the expenses?

Think Sagar. If something happens to the father in the meantime, then he will leave this world with the desire to talk to his son and you will regret for the rest of your life that my father wants to talk to me for two hours. He left this world as soon as he yearned. Like you take time out for all your work, please Sagar. Take out some time for dad too. I am feeling very bad since this morning, he is sitting sad like a child. Know from them the condition of their heart, sit and eat food together and if possible give some money with your hands in their hands, believe the truth they will like it very much and may increase their age for a few days. You probably don't understand right now that the love of parents towards their children, the day our daughter will go away. It may not be too late. Madhavi sobbed while saying.

Sagar also had tears in his eyes. He went ahead and took care of Madhavi and said, Today you saved me from making a big mistake. I am going now to dad, you also come. Dad! This morning you wanted to say something to me, I was late for the bank at that time. So I could not listen to you. Now is the time to open your heart and tell you what to say said Sagar, sitting close to him.

Without saying anything, Vishwanath ji started crying bitterly and clinging to the son. He said, Just come and hug me right for only two minutes every day, talk to me. I will be relieved that my son has not forgotten his father. I have no place in life anymore. Son! It hurts a lot to realize that now we have become absolutely useless things for our children who don't need them, who don't have time to look them up.

Dad! I need you as much today and will always be as much as I used to live in my childhood. I am nothing without my father, whatever I am because of you. I was making a big mistake but not now your son will go to the bank only after meeting you in the morning and after returning in the evening will be the first to eat dinner with you. You are not a waste, you are the most important part of this house and the foundation of the house. Keep some money, it will work for you, please take it dad.

I don't need it, I get pension. I also know that you get a pension but don't take away this happiness from me. I wish that as a child you used to fulfill my every need without saying and in spite of that, you used to secretly press some money in my hand. Today I too live that feeling. I want that what is the magic wand with which parents can understand every need and pain of their children without saying. Everyone says children and elders are the same. From today I am holy and you are the same. I will never give a chance to complain to my father. Saying Sagar, hugged his father and started crying. Even Madhavi could not stop tears after seeing him.

You have increased my age. Now I will not go anywhere soon leaving your children, your mother has handed over the responsibility of all of you to me. Think like your children and give pocket money because children and elders are the same as you used to be very happy to take pocket money from me in childhood. Today I am also getting pocket money from my son saying Vishwanath ji. Saved a lot of money and laid it in his cupboard. Putting this under the newspaper, My son gave me pocket money. Let's all eat together today and Daughter-in-law you live a long life. Always be happy and there should be a daughter-in-law like you in every house, who should respect their elders, saying Vishwanath ji walked with the support of his son.