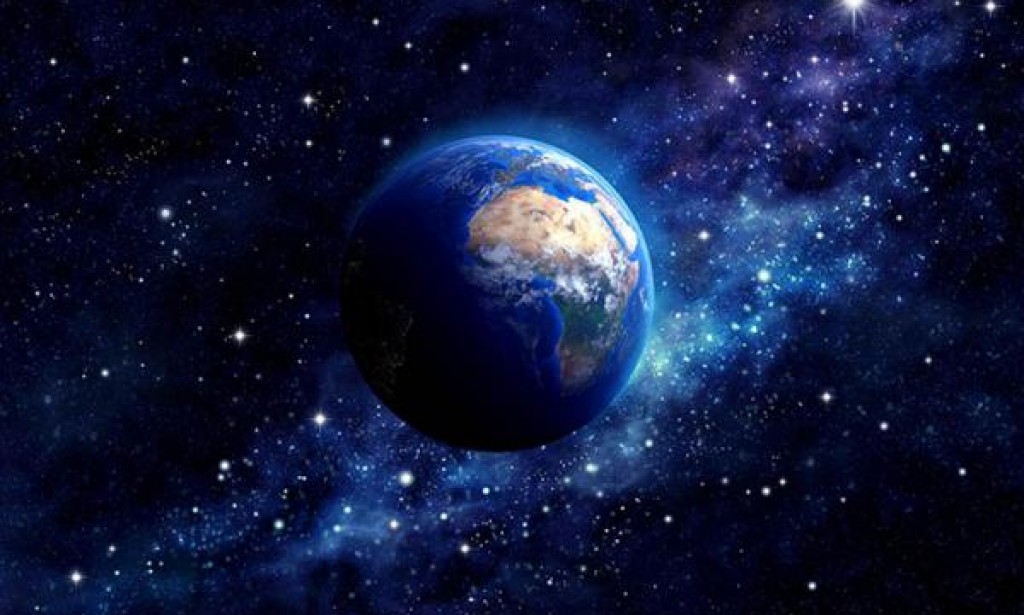 Facts about our planet

13 Questions and Answers about the Earth

How did Earth get its name?

All planets except Earth were named after Greek and Roman gods and goddesses. The name Earth is an English/German name that simply means earth. It comes from the Old English words "eor (th) e" and "ertha". In German it is "erde". The name Earth is at least 1,000 years old.

How much water is there on Earth?

There are over 1,500 million trillion liters of water on Earth. Less than three percent of all this water is freshwater, and of that amount, more than two-thirds is enclosed in ice caps and glaciers.

How thick is the Earth's ozone layer?

The Earth's ozone layer is on average about 3 millimeters thick.

What connects our atmosphere to the Earth?

Our atmosphere is a mixture of gases surrounding the Earth. It is held in place by the force of the Earth's gravity. If the Earth were a much smaller planet like Mercury or Pluto, its gravity would be too weak to hold a large atmosphere in place.

What is the Earth's atmosphere made of?

What are the highest and lowest temperatures on Earth?

What is Earth's position in space?

Well, Earth is located in the universe in the Virgo galaxy supergroup. A superscope is a group of galaxies held together by gravity. Within this superscope, we are in a small group of galaxies called the Local Group. Earth is in the second largest galaxy in the Local Group, a galaxy called the Milky Way. The Milky Way is a large spiral galaxy. Earth is located in one of the spiral arms of the Milky Way (called the Orion Arm), which is about two-thirds the distance from the center of the galaxy. Here we are part of the Solar System, a group of eight planets as well as numerous comets, asteroids, and dwarf planets orbiting the Sun. We are the third planet from the Sun in the solar system.

How much does the Earth weigh and how is it measured?

Because the Earth is too big to be placed on a scale, scientists use mathematics and the laws of gravity to determine the Earth's weight.

Why can't we feel the Earth moving?

The Earth is moving very fast. It rotates at about 1,600 kilometers per hour and revolves around the Sun at about 107,000 kilometers per hour. We don't feel this motion because these speeds are constant. The rotational speed and orbital velocity of the Earth remain constant, so we do not feel any acceleration or deceleration. You can only feel the motion when there is a change in speed. For example, if you are in a car that is traveling at a constant speed on a smooth surface, you will not feel the speed of motion. However, when the car accelerates or brakes, you feel movement.

Why does the Earth rotate?

The Earth rotates because of the way it was formed. Our solar system was formed about 4.6 billion years ago when a huge cloud of gas and dust began to collapse under its own gravity. When the cloud collapsed, it began to rotate. Some of the material in that cloud gathered in swirling whirlpools and eventually became planets. When the planets formed, they maintained this rotational motion. It's similar to what you see when skaters raise their arms and spin faster. As the material came together more closely to form a planet like Earth, the material rotated faster. The Earth keeps spinning because there are no forces that can stop it.

What is the Earth made of?

The Earth is made up of many things. Deep inside the Earth, near its center, is the Earth's core, which is mostly made up of nickel and iron. Above the core is the Earth's mantle, which consists of rocks containing silicon, iron, magnesium, aluminum, oxygen, and other minerals. Earth's rocky surface layer, called the crust, consists mostly of oxygen, silicon, aluminum, iron, calcium, sodium, potassium, and magnesium. The Earth's surface is mostly covered with liquid water, and its atmosphere consists mostly of nitrogen and oxygen, with smaller amounts of carbon dioxide, water vapor, and other gases.

How big is the Earth?

The Earth's circumference (the distance around the equator) is 40,075 kilometers. Its diameter (the distance from one side to the other through the center of the Earth) is about 12,756 kilometers. The Earth is slightly smaller when measured between the North and South Poles, which gives a diameter of 1,725 kilometers