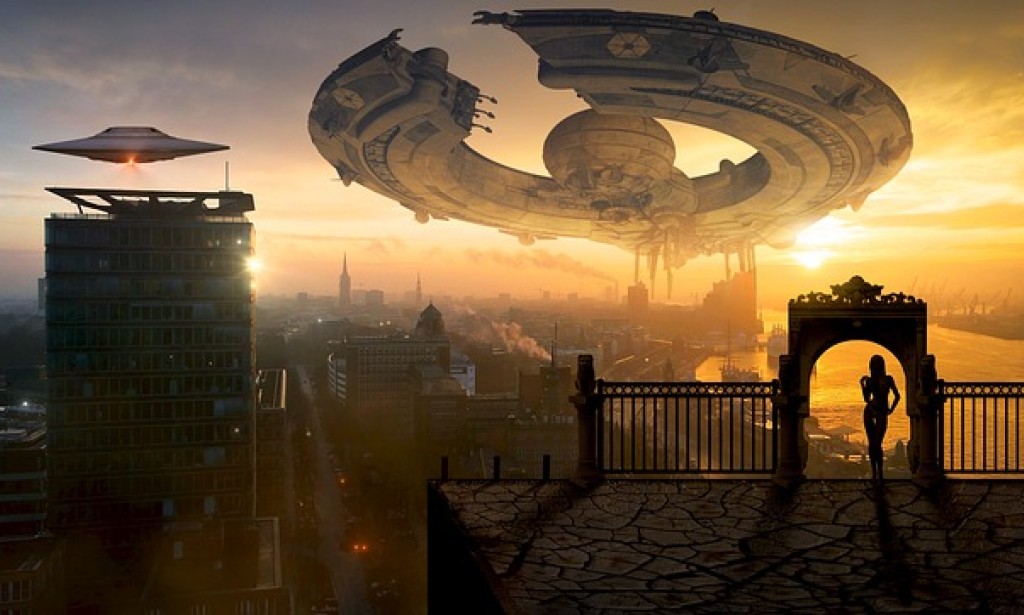 Fiction is a driver of the future

Fiction, especially in the form of science fiction, has always been a powerful driving force behind imagination and innovation. Science fiction, in particular, has the ability to take current scientific and technological advancements and explore their potential future implications in a fictional setting. This not only allows us to imagine and dream about what the future may hold, but it also helps to inspire and motivate people to work towards creating the future depicted in these works of fiction.

One of the most iconic examples of science fiction driving innovation is the development of the smartphone. The idea of a small, portable device that could connect to the internet and perform a multitude of tasks was first depicted in the Star Trek television series in the 1960s. This idea was then developed and expanded upon in various other works of science fiction, such as the cyberpunk genre, which explored the concept of a "cyberspace" where people could connect and communicate with each other through electronic devices. These fictional depictions of advanced technology sparked the imagination of real-world inventors and developers, leading to the creation of the smartphone as we know it today.

Another example of science fiction driving innovation is the development of space travel and exploration. The idea of humans travelling to other planets and even other galaxies has long been a staple of science fiction, with works like "The War of the Worlds" and "2001: A Space Odyssey" depicting humanity's journey to the stars. These stories, along with the real-life space race between the United States and the Soviet Union, inspired generations of scientists, engineers, and astronauts to work towards making space travel a reality. Today, we have the International Space Station, rovers on Mars, and even the possibility of sending humans to other celestial bodies in our solar system.

Science fiction has also had a profound impact on the way we think about artificial intelligence and robotics. From Isaac Asimov's famous "Three Laws of Robotics" to the sentient machines of The Matrix trilogy, science fiction has explored the potential consequences and implications of creating intelligent machines. These stories have not only sparked the imagination of researchers and developers in the field of AI and robotics, but they have also helped to shape the public's perception and understanding of these technologies.

In addition to driving innovation and technological advancement, science fiction has also had a significant impact on popular culture and society at large. Many of the science fiction stories that have captured the public's imagination have gone on to become cultural touchstones and have influenced the way we think about the future. For example, the Star Wars franchise has not only spawned numerous movies, books, and video games, but it has also inspired real-world technologies such as advanced prosthetics and robotics.

Overall, it is clear that fiction, and science fiction in particular, has played a significant role in driving the future. By allowing us to imagine and dream about what the future may hold, science fiction has inspired and motivated people to work towards creating the technologies and advancements depicted in these stories. Whether it's the development of smartphones, space travel, or artificial intelligence, science fiction has had a profound impact on the world we live in today and will continue to shape the future in the years to come.

In addition, science fiction has often depicted the creation of artificial intelligence that is indistinguishable from a human being, and while we may not be quite there yet, researchers are working on creating AI that can understand and replicate human emotions and behaviors. This could have huge implications for everything from customer service to healthcare.

Overall, science fiction serves as a source of inspiration and a catalyst for the development of new technologies and ideas. It allows us to dream about what the future could hold and pushes us to work towards making those dreams a reality.