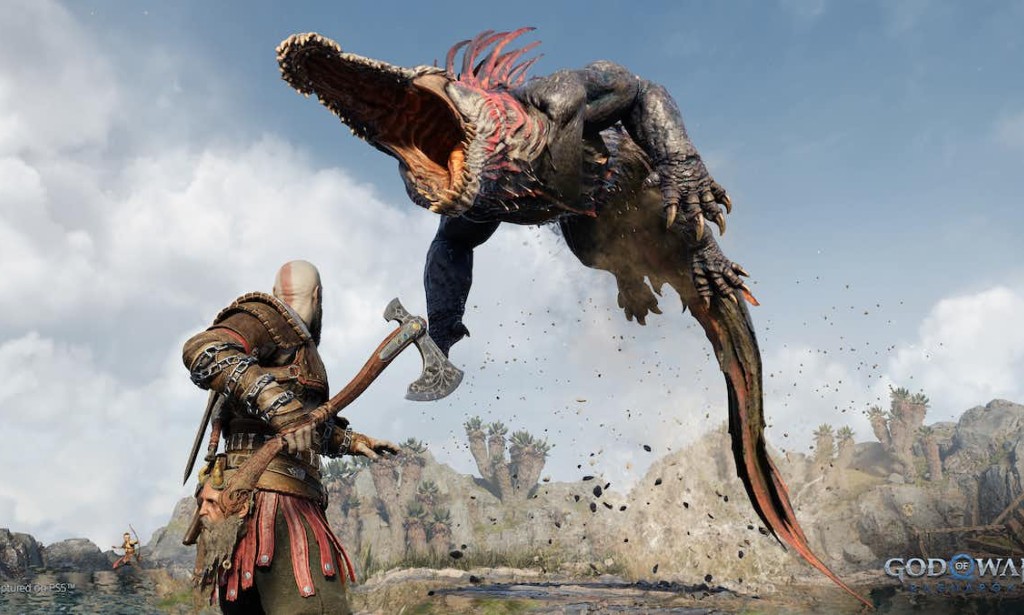 Ragnarök is a “combo combat” game, which means the player must progress (as the god killer Kratos) through a series of levels by slaughtering enemies. This is achieved through high-paced combat that typically relies on rapid combinations of button presses and carefully timed movements of both the character and the camera viewpoint.

It’s not hard to imagine how progress might become almost impossible for a player with a physical disability such as a hand tremor, or a visual disability. In some cases accessibility barriers to gameplay will combine, as up to two thirds of players who identify as having a disability actually have multiple disabilities.

None of these things ought to prevent someone from playing digital games, but there needs to be some adaptation that resolves the mismatch between a player’s capabilities and the game design.

The first step is ensuring that players have access to the “game feedback loop”. This means they can activate controls that allow them to take action and then perceive and interpret the response of the game to those actions.

Next is to ensure that a game’s challenges – attuned to the average player – can also be tuned so that they do not rely on specific capabilities such as rapid reactions or acute vision. When these stages of accessibility are achieved, players can enjoy what we describe as an “accessible player experience”.

To lay claim to being accessible, modern games should offer players a range of options for controls, presentation and gameplay. This allows players with disabilities to craft the game to provide an optimal accessible player experience

Ragnarök offers more than 60 different options for a huge variety of aspects of the game and its interface. This includes increasing the font size of in-game text and automatic movement controls so players don’t have to press buttons to climb, jump and run.

In this way Ragnarök is building on the accessibility of other recent hits, such as The Last of Us 2 (2020) but is also innovating in providing further features that cluster option settings.

The primary challenge for developers of accessible games is anticipating the diverse and sometimes unique needs of players, while producing game experiences that meet their creative vision.

In order to facilitate the creative and generative process of game design, our research has looked at accessibility as a problem of configuration.

Drawing from work in architecture and software engineering, we have recognised that although some options needed are particular to a specific game, the types of options for accessible play broadly fall into identifiable patterns.

Some players, for example, will have difficulty progressing due to a mismatch between their capabilities and the level of challenge they encounter in a game. In this case, they may need the pattern we call a “helping hand”, where the game provides an assistance to the player to succeed in tackling an obstacle. What that looks like depends on the game and the obstacle in question.

For some games, a helping hand means providing an assist mode for targetting or steering. For others it is an in-game character suggesting a useful tip. In our collaboration with the AbleGamers Charity, patterns like a helping hand have been included in our accessible player experiences design deck which is now in the toolkit of hundreds of game developers