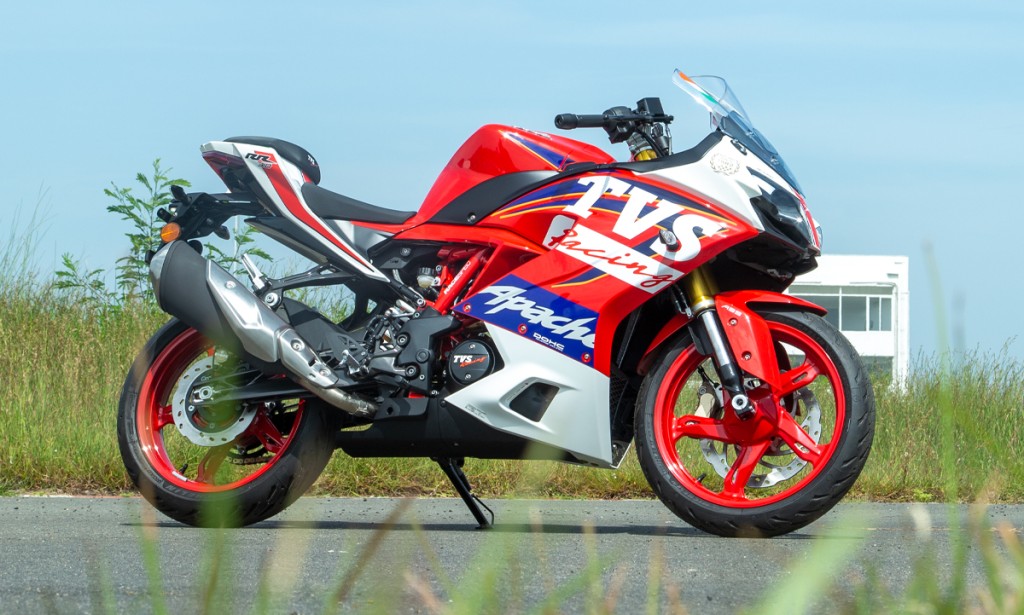 TVS Motor Company Limited is the largest company of the TVS group in terms of size and turnover. It is an Indian multinational motorcycle manufacturer company. It is the third largest motorcycle company in India with a revenue of over ₹25,000 crore in 2021 - 2022. The company has an annual sales of 3M+ units and an annual capacity of over 4M+ vehicles.

TVS Motor Company is also the second largest two-wheeler exporter in India with exports to over 60+ countries.

In the year 1962, Sundaram Clayton came into existence. The company was invented by the collaboration of Sundaram Company and Clayton Dewandre Holdings of the United Kingdom.

In the year 1978, they set up a plant to manufacture modeps. It was set up at Hosur, Tamil Nadu. In the year 1980, they launched India’s first two seater modep, TVS 50. In the year 1982, Sundaram Clayton Limited collaborated with the Suzuki Motor Corporation who was a Japanese auto giant of that time, and even now as well.

After the collaboration, they started producing motorcycles in the year 1984. At the time they worked together and brought a wide variety of auto motives into the market.

Most of the products were launched under the name of Suzuki to have a better position in the market. Suzuki Supra, Suzuki Samurai, Suzuki Shogun, and Suzuki Shaolin were some of the models that were launched by the joint venture of TVS Suzuki.

In the year 2001, after separating ways with Suzuki, the company was renamed as TVS Motor relinquishing its rights to use the Suzuki name. There was also a 30 month moratorium period during which Suzuki promised not to enter the Indian market with competing two-wheelers.

TVS Racing won the Raid de Himalaya and the FOX Hill Super Cross which was held at Sri Lanka. In three decades of its racing history, TVS Racing has won over 90% of the races it participated.

In the year 2016, TVS started manufacturing the BMW G310R, a model co developed with BMW Motorrad after their strategic partnership in April 2013. In December 2018, the Hosur plant where the motorcycle is manufactured rolled out 50,000 BMW G310R series unit.

On 6 December 2017, TVS launched their most-awaited motorcycle, the Apache RR 310 in an event at Chennai. The 310 cc motorcycle with an engine which was co-developed with BMW features the first ever full fairing on a TVS bike, dual-channel ABS, EFI, KYB suspension kits, etc.

On 17 April 2020, it has been reported that TVS Motor Company acquired Norton Motorcycle Company in an all cash deal.

In the year many more models of TVS are going to launch like TVS Zeppelin R, TVS ADV, RTR 310, etc.