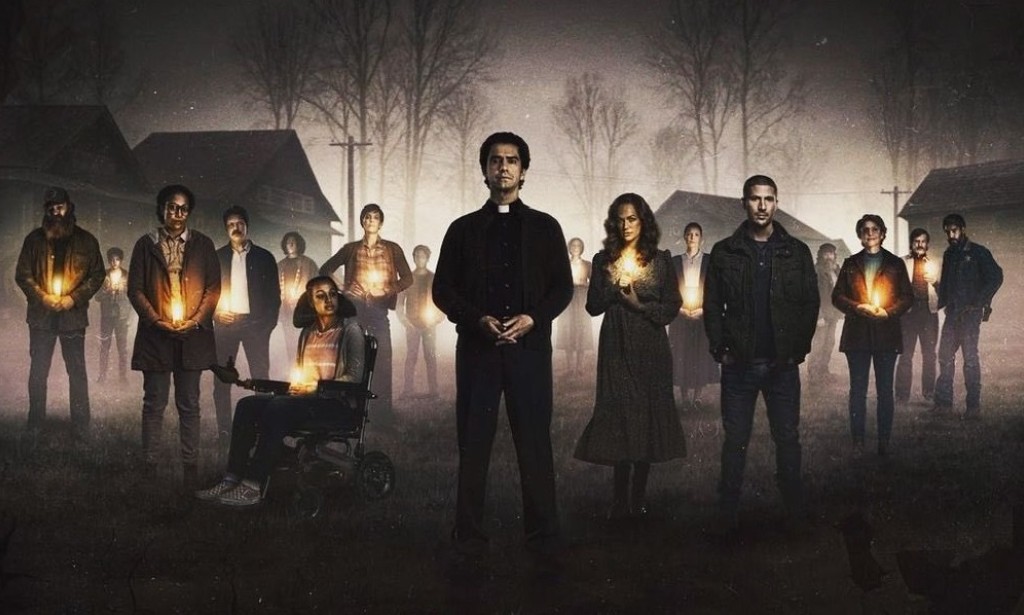 When Riley Flynn (Zach Gilford) returns to his hometown, he finds it a ghost of what it once was. The small island community is barely holding on to what few residents e it has left. When Father Paul Hill (Hamish Linklater) arrives in town, the miracles soon follow. The residents acquire a renewed zeal for religion and life.

But where there is light, there is darkness and with the miracles comes sinister secrets and hard-to-swallow truths that threaten to destroy this little town and all those who reside there.

Directed by horror writer and director Mike Flanagan, Midnight Mass could be considered a critique on how religion and faith can take a dark turn. How one can be easily indoctrinated into becoming morally corrupt in the worst of ways, in the name of faith.

The show takes dramatic irony, if that's what it could be called, to a new level. It's that almost frustrating, almost helpless feeling where you as a viewer know, while the characters themselves remain blind to what's really going.

It's possible one viewing of Midnight Mass would cause opinions to be steered into two extremes. You'd either find it a well-thought out, satirical and insightful masterpiece. Or a busy, yet simultaneously boring wreck. But speaking from personal experience, opinions change.

That's where the power of the show lies- in the power to change the way people think. Or at least plant a seed in the mind that slowly inches it's way into your conscience and forces you to address the show on a deeper level.

Does the show have entertainment value? Sure. Does it also have long and winding monologues? Absolutely. Is it a show for everyone? Maybe not. I urge you not to write it off on the basis of the skin-deep premise. Like Shrek, the show is like an onion with many layers, waiting to be discovered and pondered over.