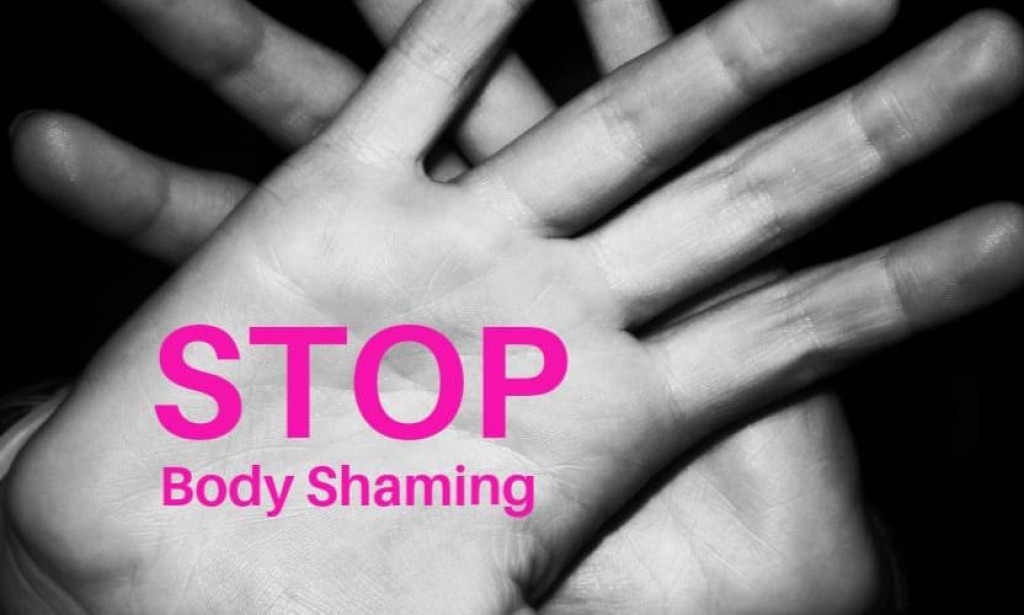 How can I overcome body shaming and build body positivity?

Body shaming is a act of bullying people based on their look, the disability and their physical appearance. Some people are being body shamed because they’re fat, slim, tall or too short.

It’s not new that body shaming is everywhere these days. So sad, many young ones are feeling sad, depressed and grievous because of body shaming. Some can’t even hold it, Rather they commit suicide and end their life, due to the fact that they’re body shamed by their mates.

Body shaming doesn’t only happen at home or playing fields, but it happens everywhere, In school, learning places and others.

You know it’s not hard to be bullied with one’s pain, so body shaming has been affecting so many people negatively. It has thrown so many people into sadness and unending depression.

So, how can you deal with body shaming in school? What did you do when you’re being body shamed/ bullied in school?

ACCEPT YOURSELF AS YOU ARE :- Nobody was there when God was creating you. I’m sure if you could make a wish, You wouldn’t have loved to be created that way. So, the knowledge of how you were created wasn’t known to anybody, So you should accept yourself as you’re.

LOOK AT SOMEBODY ELSE WHOSE OWN IS MORE WORST THAN YOURS :- There is no how bad you think your own situation is, some are still battling with things that are more worst than yours. There are so many people you’re also better than, Look and those people and be grateful.

ALWAYS SEE YOURSELF AS THE BEST:- You’re yourself, You shouldn’t compare yourself with anybody else. Believe in yourself that you’re the best, That you’re beautiful and perfect on your own. Don’t be sad because of the words thrown at you.

If you think it’s beyond your power and you can’t hold it anymore, don’t end your life, Go and see an expert. Mix up with people who make you happy.