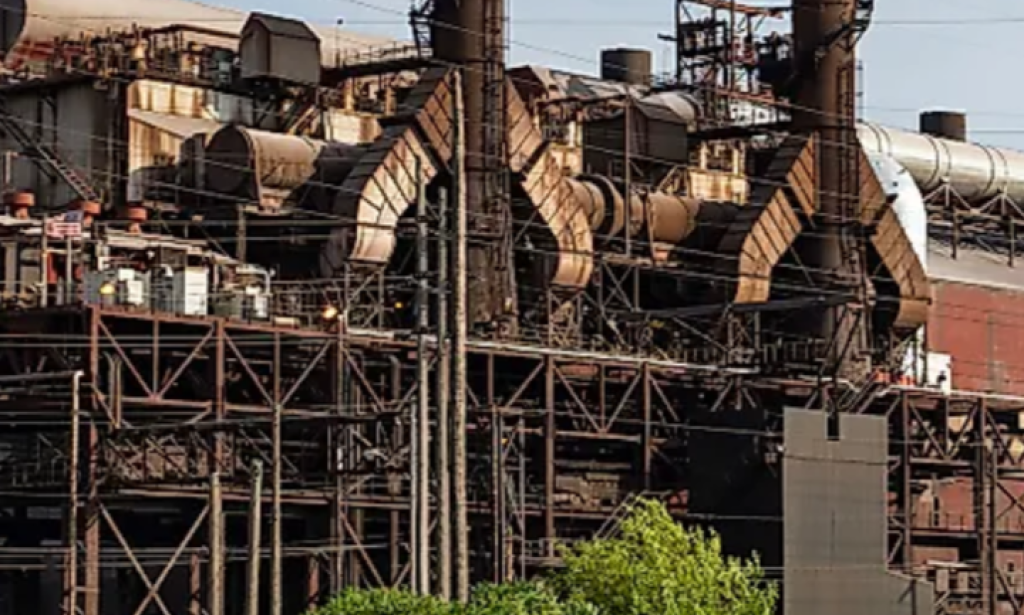 The widening gap of poverty and inequality in the Rust Belt region, compared to the southern part of the country during 80s in US, was a serious issue that requires urgent attention. The word Rust Belt refers to a region that comprises the North east and Midwest states in US; which characterized as an area marked by diminishing population, aging factories, decreasing production as of steel and automobiles, etc. This region was known as the heartland of American industry and the focal point of US manufacturing. It is made up of various states which are: Wisconsin, Illinois, Indiana, Michigan, Ohio, Pennsylvania, New York and so forth.

The Rust Belt region was economically viable from 1950 to 1980; when industries such as Iron and steel, automobile and rubber manufacturing were lobbying the US government to protect them against other foreign firms’ from competition. Even the US labor union also supported them to create monopoly in the market.

During 80s, things began to change due to globalization. Many small cities in the Rust Belt region which contain the populous swing states of Pennsylvania, Michigan, Ohio and Wisconsin were experiencing decline in economic growth. This is because the America Corporation began to outsource production and reposition their organizations to adapt to globalization.

As the competitive pressure increased, the production then shifted to southern parts of the USA and more imports. This forced the manufacturing companies to shut down their operations. It also led to unemployment, migration, lose of electoral votes, high cost of living and social problems.

Unemployment arises when the workers were laid off in the Rust Belt cities. Many US citizens were forced to relocate to other states within the country to work as part-time or take minimum wage service jobs. The pay was very low due to high demand of decent jobs. Many families divorced as a result of the dwindling economic situation. The small income earners were badly affected too. Smaller communities closed their individual shops because of low patronage. People more prefer to buy online. Most of the wealth that the middle class accumulated disappeared due to economic decline. Factories were shuttered, many jobs were lost, and people left the region in search of better work opportunities. The area was characterized by abandoned plants and factories, along with decaying infrastructure. The unemployment rate in the Rust Belt cities was up to 15% compared to the Southern areas which had 6%. This shows that there were unequal job opportunities.

Migration occurs when most US citizens were moving to other states to have access to employment; in order to improve their standard of living. The cities of Rust belt witnessed a decrease in population. The states like Michigan lost 29.3% of its population, Ohio lost 19.8% and Pennsylvania lost 10.0%. This is due to inequality in the job creation.

Between 1980/1990, the Sunbelt states such as Texas, Alabama, Arizona, California, Florida, Georgia, Nevada, New Mexico, Louisiana, Mississippi and South Carolina; were able to accommodate the new industries that were emerging due to huge government spending and technological development. These attracted domestic and international businesses for many reasons which include: lower energy cost, non-union wages, and state policies favorable to business. As the population grew, southern and western states gained increasing political and economic power. And there was good transportation system and communication. The states became conductive for workers, retirees and business investors to live.

The high rate of poverty in the Midwest region became worse due to relocation of industries to southern states in US, with lower labor cost. Most families who depend on production for survival were cut off from social networks. And this equally affected them to meet up to expectation. Many US citizens were forced to abandon their homes and seek for better jobs opportunities in other suburb areas.

In the cities of Rust Belt, many people were engaged to work in the industries without any educational qualification. This is because the economy of these states was booming during that period. But when globalization took place due to technological changes, the manufacturing companies were forced to shut down their productions because of stiff competition from other foreign firms. Also, due to changes in the system, the industries become more innovative and productive.

The decrease in population led the cities of Rust Belt to lose electoral votes. The result of this is that, the native residents abandoned their homes and relocate to other states for greener pasture. Detroit for instance, was one of the hardest hit cities in the Rust Belt, where its population decline from a peak of 1,849,568 in 1950 to 639,111 in 2020.

According to Wikipedia, from 1970 to 2006, some states like Cleveland, Detroit, Buffalo and Pittsburgh lost about 45% of their population and medium house income fell below in these states. Cleveland and Detroit reduced by 30%, Buffalo by 20% and Pittsburgh by 10%.

Due to social problems such as drug use and higher crime rates made the areas less attractive for people to leave. In 2015, 16,567 people died of drug abuse in the Rust Belt areas. The business activities were paralyzed because of the collapsed of the factories. The small scale earners were badly hit with low income sales in their line of businesses. Many native residents were very pessimistic that since these towns no longer have prospects, there is a need to seek for better opportunities elsewhere.

The life in Midwest region becomes unbearable because of deindustrialization that occurs. There were few high paying jobs and high poverty rate. The result has been a change in the urban areas as the local population has moved to other part of the country in search of jobs to earn a living. And inequality occurs when the wages tend to be higher in the Oil rich state like North Dakota, compared to the southern part where labor cost lower.

It will be recalled that during deindustrialization, those living in remote counties in the Rust Belt region hardly enjoy equal jobs opportunities with those living in the urban areas. This is because there were no jobs opportunities to engage the native residents unlike the urban areas where few jobs were available with high cost of labor. As a result of this, the people were forced to move to the Sunbelt states in search of jobs. As the market becomes competitive, the economy begins to grow fast.

Since 1980, the US government was primarily concerned about the dwindling economic situation in the Rust Belt region which led the majority of its citizens to suffer and wallow in abject poverty. This development led to the revival of those moribund manufacturing companies, establishment of schools, health care centers and tech industries.

In the recent time, the Rust Belt regions have witnessed massive transformational changes in economic growth and development; in terms of manufacturing resurgence and technological advancement.

The US government has steadily improved its economy by uplifting its citizens out of poverty and ensures that they are well treated equally and live happily. This is indeed a great achievement in nation building.