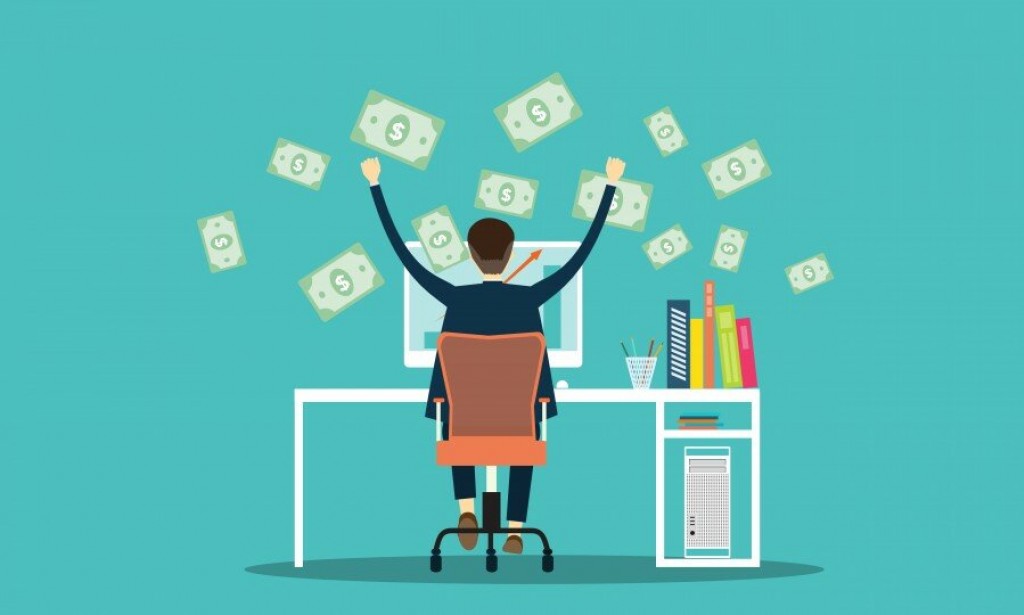 How to come up with a profitable online business: 33 ideas

The idea for Logojoy was born when I was designing a logo for a client. I worked as a designer for 12 years or so and made about 150 logos for clients. Designing logos for small companies bored me because, firstly, it takes so long to create 30 layouts, secondly, it can take several weeks to sort out minor edits, and thirdly, the logo eventually turns out to be so simple that I felt like the whole process was a waste of time.

As soon as I had an idea and couldn't find anyone to implement it, I started working on it.

While living in D.C., I started a music blog called Indie Shuffle (it was a hobby). I quickly got involved in the "game" of attracting new visitors and in the process began to learn the basics of interface development. By 2013, the blog had become a full-fledged online publishing house, and I was ready to make it my main occupation.

One of the biggest frustrations with my music blog was that by the time it started taking me all day, I was getting an average of 300 emails a day from artists, record companies and agents, and they all wanted their music to be featured on Indie Shuffle. After a while, I just started ignoring them, although I realized that there should be a more worthy solution.

At the end of last year, I decided that it would be good to learn new programming languages, and for this you can try to develop a website. This is how SubmitHub was born.

The idea was simple: interested parties could send their songs (SoundCloud or YouTube) to Indie Shuffle on SubmitHub. We receive the materials in a sequential feed, where we can give them one of two ratings: either "thumbs up", which means that we plan to use this music, or "thumbs down", which means that we are not interested in it. I even thought that one day it would be possible to introduce a small fee for a few words about why we are not interested in this.

Then the main goal was to solve my own problem. I haven't paid much attention to the thousands of other music blogs that might want to use SubmitHub. I guess I was lucky in this sense: I was already "part of the problem" and therefore well understood what it took to "solve" it.

I've always liked "hosting" as a business idea. I have often noticed that behind most popular open source projects there is a multi-million dollar business whose plan is to simply buy or rent servers, host open source software, and offer a web-based control panel for the client. Think Git, Apache, Sendmail, MySQL, ElasticSearch and similar services. This idea is easy to come up with, the product is easy to create, and customers are easy to find, since you can simply advertise yourself wherever people gather to discuss open source projects.

Sometimes the potential profit is huge. Companies whose business model is to "download Apache for free, configure and run on commercial hardware" are now known as web hosting, and this is a multibillion-dollar industry.

Hosting a game server is much smaller. The total market is perhaps $50 million a year, but this also opens up opportunities. Since venture investors will never finance a company with such a small potential, and many potential entrepreneurs do not bother to open companies in this area, competition is low — and many market participants are not very competent.

My skills and experience are ideal for creating a hosting company. I've been making web apps since high school. I didn't work for myself for just one year right after college — at Dreamhost (2009-2010). Thanks to this, I know a lot about Linux servers and networks. I know how to create racks with servers at below-market prices, how to manage these servers and how to create web applications that the client will use to manage his game - the perfect combination!

I always planned to expand to a server that supports different games, but it made sense to start with one game. This would allow me to test the business model, smooth out all the irregularities and get some practice in promotion before responding to support requests about problems in dozens of games.

I decided to start with Ark: Survival Evolved — there was a noticeable growth potential there. Before the launch, I researched growth trends in various games through SteamSpy and Google Trends, and Ark was clearly better than others.

A platform for interviewing programmers

CoderPad started as a side project when I was working at Everlane (the first and only job I enjoyed). I conducted interviews with a group of candidates and constantly got into situations where I wanted to see how some candidate would behave.

One of the candidates asked me if a particular Ruby object supports the .map operation, and I wanted to say, "Well, try it!" The problem was that we used some old text editor like Collabedit, which did not support such advanced functions.

I found this ridiculous and tried to buy a product that would do what I wanted: provide an environment that executes programs in real time, but also contains a synchronized text editor. To my surprise, I couldn't find anything similar. I thought it wouldn't be too difficult to do this, so I sketched out a Ruby prototype over the weekend.

As soon as I started using it for interviews with candidates at Everlane, it seemed pretty obvious to me that it was possible to sell it to other people. I also started interviewing other companies for fun, so I rebuilt the prototype and started to see if the interlocutors liked it. I often liked it, and I took it as a sign that the time for this idea is the right one.

I used to teach at the General Assembly in Hong Kong. I have seen that Hong Kong and Southeast Asia are experiencing a shortage of talent in the fast-growing technology sector. Together with Xiao, we launched a new personal camp for programmers in Hong Kong. As a result, we had to live only on our savings.

Very quickly we ran into two problems. The rent was too high and, more importantly, we didn't want to be limited by the physical location. That's when we started thinking about the option of online courses. We knew that online courses were attractive to students because they were relatively cheap and affordable. It is also known that most people do not complete online courses. We were confident in our ideas, but we wanted to find confirmation of this.

We started with the first option. We spent 3 months creating a question-and-answer system that allows students of any courses to ask us questions and get an instant answer. As a result, we could not see the value in this service, because most online courses already have their own question and answer sites, and students go there first.

And two months ago we started implementing the second option: our own courses. We wanted to make sure that students are looking for more than a curriculum and free videos. We wanted to understand if students would pay for an instant question answering service, feedback, and community that most online courses don't offer.

I grew up in Coimbatore— a city in South India with a very entrepreneurial culture. It is also known for the production of gold jewelry. I decided to use this natural advantage and open a startup in this field.

At first I had little knowledge in this industry, so I started selling simple gold jewelry online under the trademark Krizda.com but I soon realized that if we didn't have a unique offer, it would be difficult to compete with local jewelers. In India, almost anywhere in the country, you can find a jewelry store within a 2-mile radius. To compete, you needed some kind of difference.

At the same time, we saw many jewelry companies go online, but they had little experience in online marketing. Given our lack of sales and high competition, we invited other jewelers to sell their products on our platform, like Amazon for jewelry. However, this required large investments, and we were unable to attract investments.

In the second year of university, I really wanted to do something myself. Raza (my co-founder) and I would get together every Friday night and think about how to make a million dollars—literally. We either came up with business ideas or dreamed that a million people would pay us a dollar each. What poor kid doesn't want to become a millionaire?!