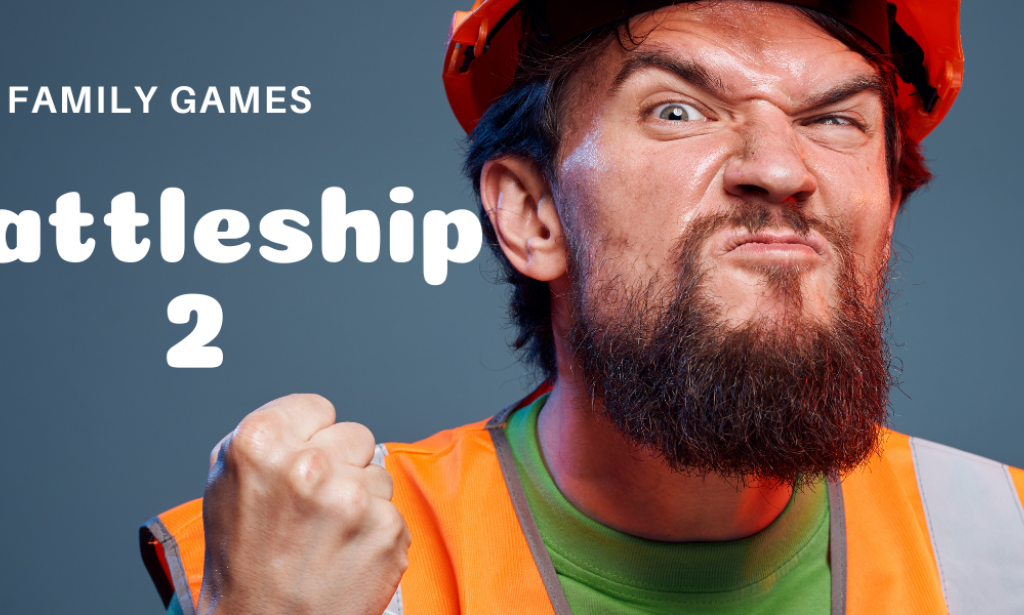 How to play Battleship board game? | kids games

When I was a kid, I played a lot of Battleship. The game’s plastic ships and playing boards, which doubled as carrying cases, were perfect for capturing my young imagination, and I spent a lot of time convincing my friends to come try to sink my fleet before I sent their ships to the ocean’s bottom. Actually, it didn’t take all that much convincing; it was a fun and quick game. Almost all my friends had their own copy. Inevitably, whoever owned the set in use would grab the patriotic, all-American blue board while the visitor would have to make do with the evil, commie-menace red board. A few years later I would see some older kids playing Avalon Hill’s Midway while on a family vacation and become entranced by it. It reminded me of a more complex version of Battleship, which I had always enjoyed, so when I returned home I bought a copy of Midway from Talbot’s Toys, putting my feet and my mind firmly on the path toward wargaming, discovering Dungeons & Dragons, and, ultimately, becoming a game designer.

Battleship is a fairly simple game. Each player has his own board, which con- sists of a 10 by 10 grid with each column designated by a letter from A to J and each row designated by a number from 1 to 10. Players place five ships of varying size on the grid and then take turns calling out a grid square. If the square they pick is empty, their opponent replies “miss.” If the square they pick is occupied by a ship, their opponent calls out “hit!” Once a ship has suffered between two and five hits, depending on its size, it is sunk. Whoever sinks their opponent’s fleet first wins.

What makes the game fun is that the players can only see their own boards; their opponent’s board with its ship placement is hidden from view. Battleship, thus, is an excellent example of a double-blind wargame, and it’s this fog of war that leads to the game’s challenge and strategy. When starting a game, you have a number of options. How do you set up your ships? Is it better to cluster them or to scatter them? Is the interior of the board better than the perimeter? Does your opponent have any habits in his search strategy that you can exploit? When you’re playing the game and seeking out enemy ships, you are presented with other choices. Do you cluster your shots? Do you try some kind of pattern? Do you believe that the other player breathed an actual sigh of relief after your last shot, suggesting that you’re closing in on his ships, or do you assume it’s a bluff? These subtleties, as simple as they are, keep players engaged.

You can play a more complex and challenging version of the game. One vari- ant gives the players one shot per turn for each ship they have left in their fleet. They call out all their shots in a turn at once, and their opponent then tells them the results. As their fleet gets whittled down, they have fewer and fewer shots. An even more challenging version only requires the opponent to call out the number of hits and misses, but not to specify which shots were which.

Battleship taught me a lot about thinking strategically, about reading my opponent’s reaction, and, most importantly, about paying attention to the game. You really only needed to pay attention to your own actions during your turn in most of the board games I played when I was young. Battleship rewarded you for closely observing your opponent’s reactions. It also taught you to think logically. Since Battleship didn’t include a random chance mechanic, you wouldn’t play hop- ing for a good roll or draw of a card. Instead, you’d try to look for patterns and think of ways to cover areas of the board with the least number of salvos. Could that two-hit destroyer be hiding in the gaps between your shots? What’s the most efficient way to find it before your foe sinks your last ship?

The game was also good for breaking bad play habits. If you had a tendency to place your ships in the same types of patterns or in the same areas every game, your friends would pick up on that and pound the heck out of your fleet until you adjusted your style of play. Come to think of it, a lot of what I learned from playing Battleship translates into good lessons for playing poker.

Battleship enjoys a long history. It was created as a pad-and-pencil game by Clifford Von Wickler sometime in the early 1900s. Its first publication was as Salvo from the Starex Novelty Company, in 1937, but it has been published under many different names — Battleship, Combat, The Battleship Game, and Broadsides: The Game of Naval Strategy, among others — by several different publishers over the years. The game was popular with adults as well as children, so much so that the Signal Oil Company sent copies of Salvo to servicemen stationed overseas during World War II. They also gave copies away to patrons of their filling stations for a few months before discontinuing that premium, saying, “Every Salvo game should be sent where it’s most needed — for the recreation of our boys in uniform.”

Milton Bradley came out with the iconic board game version of Battleship in 1967, and that’s the one I remember from my childhood. Their patented pegboard design made the game easy to play and infinitely reusable. Each of the hinged cases held two boards; the horizontal one for you to place your ships and the vertical one for you to mark your hits and misses with white and red pegs. The vertical board also served as a barrier to prevent your opponent from seeing the placement of your fleet. You could sit at a table or lie on the floor with the boards back to back and strive to exert your naval dominance before your wily opponent destroyed your fleet. It really was the stuff dreams were made of, at least for pre- adolescent boys.

Milton Bradley has since published several versions of Battleship, including a travel set and an electronic talking game that tracks your shots and announces hits, misses, and sunken ships. Battleship has also been transported over to the computer and various game consoles. It has attained a classic status and I like to think that kids of future generations will playing this game and delighting in their opponents’ anguished cries of “You sank my battleship!”