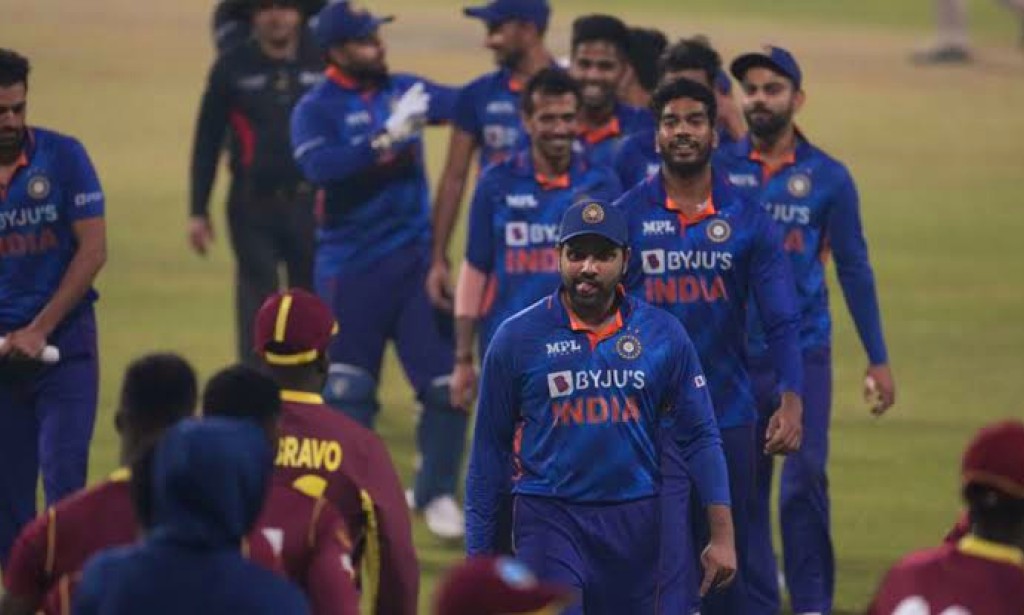 IND v WI : Rohit Sharma & his team is all set to play the 3 T20s and 5 Odis against WI, check out the schedule & statements

The BCCI & The Cricket West Indies (CWI)  on Wednesday announced Indian team tour for the West Indies where the Blue brigadiers will play three ODIs and five T20Is between July 22 and August 7.

India will finish its white- ball leg of UK schedule on July 17 and those named would directly leave for the West Indies from England. The ODI series and three T20Is will be hosted across Trinidad and Tobago and St Kitts & Nevis, with the final two T20Is listed to be held in Fort Lauderhill, Florida in the USA.

The three ODIs will be played on July 22, 24 and 27 respectively at Port of Spain's 'Trinidad & Tobago' iconic Queen's Park Oval and will be followed by five T20Is, two of which will be played at Florida's Fort Lauderhill. The first T20I'll be held at Brian Lara Stadium (Spain) on July 29 and followed by two games at St Kitt's Warner Park on August 1 and 2 respectively.

The final two games, in order to feed to the Indian diaspora in the United States, will be held at the Broward County Stadium in Florida on August 6 and 7. The whole series will be live-streamed simply on FanCode. West Indies Captain Nicholas Pooran said on the forthcoming series," We've a youthful players that's eager to restore the brand of game the West Indies team is known for playing.

"As I take charge of this team (group), our ambition is to always be competitive, as we look to use this series to fine tune our practice for the forthcoming T20 and 50 Over World Cups." ."