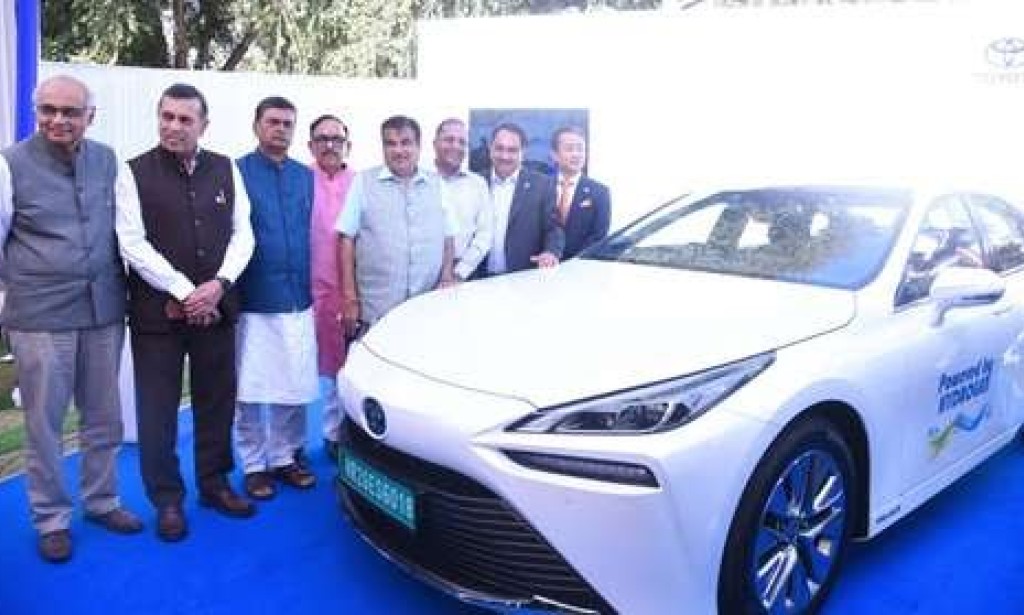 It can run 650 km on a five minute charge; Toyota's hydrogen electric car in India 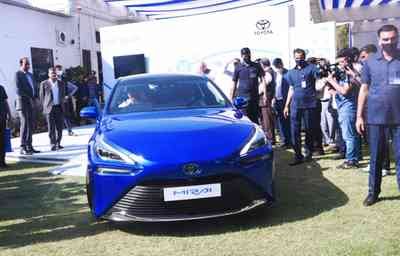 Toyota Mirai, the country's first hydrogen fuel cell based electric car, has been unveiled by Union Transport Minister Nitin Gadkari.  The Toyota Kirloskar Motor is a vehicle that can cover a distance of 650 km on a single charge.  Five minutes is enough to charge.  The vehicle is part of the International Center for Automotive Technology (ICAT).

The minister said this is the first such project in the country.  This is an extremely eco-friendly vehicle.  Nothing but water is released through the exhaust pipe.  The Toyota Mirage is powered by hydrogen fuel cell battery packs.  The Japanese word 'mirai' means future.  Toyota Kirloskar Motor in association with ICAT is conducting a study on the use of hydrogen fuel vehicles in Indian roads and climate.

Introducing the vehicle, Union Surface Transport Minister Nitin Gadkari said that it was the latest version of Toyota's hydrogen fuel cell Mirai car to be launched in other international markets.  However, Toyota has not disclosed the price of this vehicle.  It is reported that the manufacturers have not yet made a final decision on whether to sell it to the public. 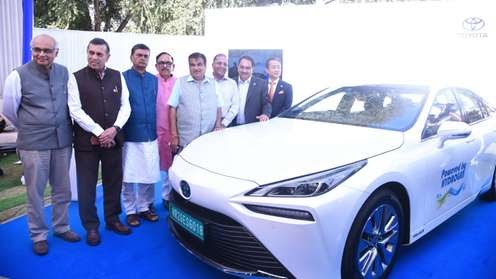 The second generation Mirai was unveiled at the 2019 Tokyo Motor Show.  Within a year, the production version of this vehicle had reached the international market.  Mirai is priced at $ 48,000 overseas.  At the same time, vehicles to India will be manufactured at Toyota's plant in Karnataka.  In 2015, Toyota introduced the first generation model of the Mirai.

Mirai is built on a modular TNGA platform.  Swiftback headlamps, wide grille, split tail lamp, 20-inch alloy wheel and coupe-like roof set the Mirai's second generation model apart from the first version.  The Mirai is now larger than the previous model in terms of size.  It is 4975 mm long, 1885 mm wide, 1470 mm high and has a wheelbase of 2920 mm.