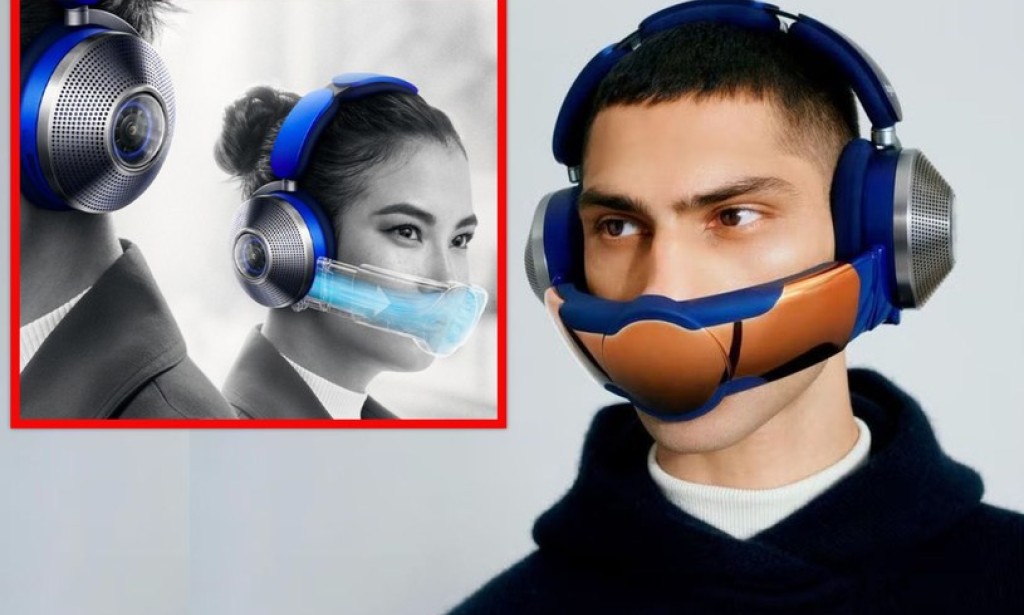 Launch of the Dyson Zone personal air purifier. Have you have the nerve to wear it?

Although the sound quality of headphones is typically the main concern, the Dyson Zone model unveiled this year caught people's attention more for a different feature, specifically the built-in "personal air purifier." And it appears that the maker was sincere, as the product recently acquired a release date and... a bargain price.

During the COVID-19 pandemic, we witnessed the emergence of at least a few novel protective mask and purifier designs, raising awareness of the issue of the poor air we breathe. As an example, Project Hazel/Zephyr from Razer hit stores at the end of last year, and Dyson Zone will join them at the beginning of 2023 (from January in China and from March in the US, UK, Hong Kong, and Singapore). The latter company, in response to the increasingly challenging living conditions, particularly in cities, concentrates on smog and noise pollution rather than viruses (although, according to Dyson, as many as 99 percent of the inhabitants of our planet live in areas where safe levels are exceeded pollutants set by the World Health Organization).

Due to the detachable touchless visor and the earmuff-mounted compressors, which work together to filter and supply clean air to the nose and mouth, Dyson Zone headphones were developed to address both the issues of urban noise and air pollution. How does it operate? Compressors move the air through double-layer filters at up to 9750 rpm before sending it in two streams to the mouth and nose (the batteries are enough for 50 hours of sound playback or 4 hours of playing combined with air purification).

The first filter's negatively charged electrostatic substance is 99% effective at capturing particles with a diameter of up to 0.1 microns, including allergens, as well as larger ones like brake pad dust, industrial exhaust gases, or construction dust. The potassium-enriched carbon filter removes unpleasant city scents, such as those found around building sites, close to sewers, or at subway stations, as well as gaseous pollutants that are typical of urban areas, such as NO2, SO2, or O3.

Additionally, the headphones feature a special sensor that analyzes the amount of noise and the concentration of pollutants in the air, preserving the information in the smartphone app so the user can learn when it is especially worthwhile to use the air purifier.

We are dealing with a firm with extensive experience in this field, which also makes a number of well-liked home air purifiers, so even though the headphones with the attached visor look really futuristic, you can be sure that they do what they are supposed to do. All of this unfortunately comes up to a price of $949, which in our nation will probably equal well over 4,000 PLN. It's also important to keep in mind that we will need to frequently replace the filters because, according to Dyson, they only last up to 12 months depending on where we live.

The good news is that Dyson Zone promises to be excellent headphones, reproducing low, mid, and high tones with clarity across a wide frequency range and very little distortion. Additionally, the device will come with a second microphone for voice calls, call recording, and voice control. The telephone microphone is connected to the ANC (noise reduction) microphone, enabling beamforming using two transducers.

I have been writing blogs on various websites for several years. I am currently a student in Poland. My interests: video games, technology, cooking and of course writing articles.