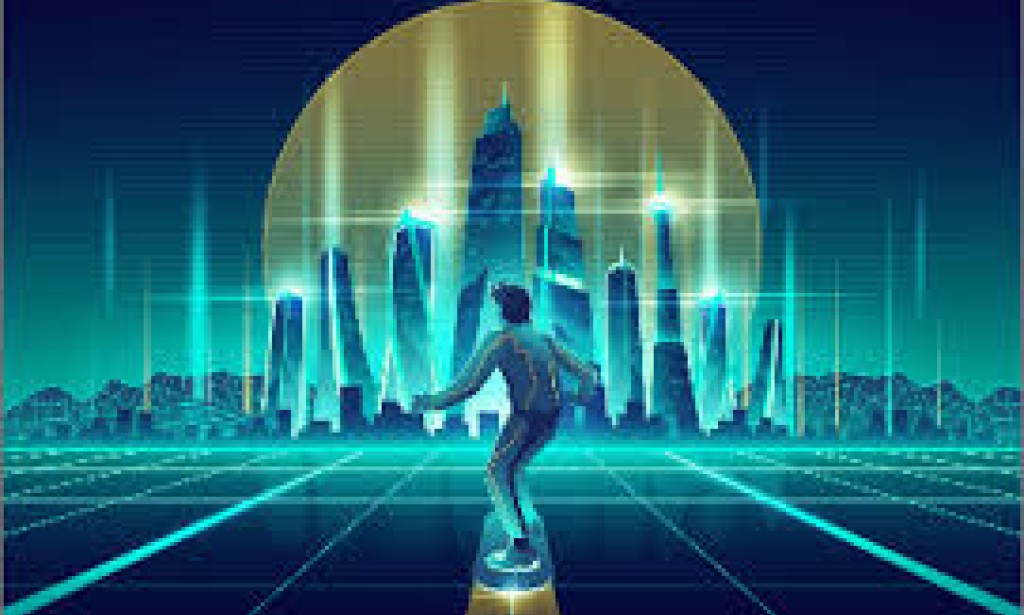 It has been almost six decades since the western world became the king of science and technology.  This feature also gave him the blessing of development and prosperity.From China to America and Japan, scientists are breaking the stars and bringing them to the earth under the auspices of the government.  their research and hard work in the field of science and technology have given a new meaning to the power and strength of the human mind and man is truly becoming the best of creation on the planet.  Below is an introduction to such new scientific and technological inventions and innovations that have the ability to revolutionize the world.

It is a type of  Artificial intelligence generally refers to specific software.

There are two major types of these software:

Both these types of software consists of special computer instructions, which are further called Algorithms.  This software is installed in a machine or robot.

The first computer software was invented in America seventy-eight years ago.  In the 1970s, experts from IBM, Microsoft, and Oracle began creating widely used software.  In the same decade, more scientific progress was made in software.

After 2000, scientists started making efforts to create deep learning computerized software.  Finally, in 2012, they got success and was able to invent the first such software.  For the past nine years, scientists around the world have been building deep learning software with increasingly sophisticated and complex artificial neural networks.  Their goal is to create software that works like the human brain.  It is as if he becomes equal to the human mind in strength and capacity.

At this time, deep learning softwares are making human work easier in many fields. For example, softwares have been invented that listen and understand spoken commands and execute them.    Similarly, cameras in self-driving cars and vehicles have the same technology.  So, with the help of these cameras, cars now travel by themselves.  The software of the Chinese company 'TikTok' is based on deep learning.  This technology improved the video and Tik Tok became popular among the youth overnight. In the field of medicine, deep learning technology is also helping to create new drugs and discover treatments.  Experts say that there will be more innovation in deep learning in the coming years.

In the next decade, it is possible that new software will be created with the help of this technology.  As if at that time machines will start making software for humans.  Of course, this change can bring a new revolution, because those software will be very sophisticated and advanced. Then their use will increase in every industry.

the negative side of this trend is It can create unemployment in the world.  However, experts say that the birth of new fields of science and technology will also create new jobs, so the way to get jobs in the future is for people to be skilled in new technologies.

Scientists have developed machine-made software using 0.  2 is named.  While the software which is made by humans, they are called '..1'.  A significant aspect of deep learning based software and machines is that they consume a lot of power.  Therefore, technology cannot thrive in countries where there is a shortage of electricity.  Its growth continues rapidly in the rich western countries.  Products related to deep learning are being developed in these countries.  It is believed that by 2030, the value of this sector can reach 30 trillion dollars.  The sector emerging from deep learning will also influence the stock markets.  Experts say that in the last year, the Internet has added 13 trillion dollars to the stock markets around the world.  Similarly, the deep learning sector could add $25 to $1 trillion in capital over the next fifteen years to the stock markets.  It seems that this technology will prove to be more profitable and financially rich than the Internet.

These are different types of worlds born in the internet world.  In each such online world, a specific environment is created with the help of software.  In this environment, hundreds of people interact with each other through representatives created in 2D or 3D graphics.  These agents are called "avatars" in computer parlance. Humans control their avatars through keyboard, mouse or other devices and make them do whatever they want.  It is also called 'digital world'.  In modern times, sports, social media or education and training and other humanitarian fields different  virtual worlds have come into being.  In the beginning, the virtual world was only limited to sending or receiving text messages.  This work was performed in an online chat room or conference or in the hall.  Gradually, new computer technologies came out, graphics became modern, so with their help Avatar came out.  Virtual worlds today are often very similar in appearance to the real world.  Their principles and laws are also like the human world.  They talked to each other and did different things like the people living in the world

Avatars of the virtual world can be superheroes such as Superman, Batman, etc.  New fictional characters were created in some worlds.

This avatar has the qualities and defects of its human owner.

There are two basic types of virtual worlds.

One type is related to computer games.  Currently, there are many online games available on the internet that contain different worlds.  In these worlds, teenagers usually play games through their avatars.  These games are based on fantasy, science  and fiction There are many similar virtual worlds in the world of net.

Other types of virtual worlds are social media, education, training, politics and military.  In these worlds, students study and learn various academic subjects.  Some worlds teach geography and history lessons with the help of graphics.  In the field of military, soldiers learn to operate the latest weapons in the world, so that this type of technology can gradually be born in other human fields.

Due to the spread of the Corona virus, millions of people around the world are now working or having fun at home with the help of the Internet.  Therefore, experts say that both types of virtual worlds will be created in large numbers in the coming years.  That is, more online games based on the virtual world will come out.  Also, worlds that make work easier will also be created.  Due to this, the virtual world sector will become the center of attention of investors in the future.  It is believed that by 2025, online games based on real worlds will be worth three hundred and fifty billion dollars.  At this time, this value is one hundred and fifty billion dollars.

The world's first electric car was built in 1881, but it was not popular with the public.  The reason is that it had high battery consumption.  Then after charging the battery once, it could go a few miles away.  During this time, private fuel powered vehicles were invented and gained popularity.

In the 21st century, as the clamor against fossil fuels rose, scientists turned to making electric vehicles.  They started researching how to make cheap batteries.  The batteries must also be efficient so that the vehicle can go further.  Their research paid off and better batteries were invented.  Due to this, after 2010, various companies started making electric cars.  The governments of rich countries gave incentives to the citizens who bought these cars.  That's why these cars sales increased.  At that time, the model was made by the American company Tesla.  3 Famous It's an electric car.  This car can travel up to 423 km after charging once.  It is also equipped with automated driving software. The car also has a long-distance model.  The car of this model can go up to 586 km after a single charge.

Private fuel vehicles emit harmful fumes.  Especially in cities, this smoke increases the pollution and exposes people to various diseases.  The gases of this smoke are also increasing the temperature of the planet.  Therefore, the use of electric vehicles, especially cars that do not emit any smoke, is increasing in Western countries.  As if they are more environment friendly than fuel cars

are  After taking over the American government, Joe Biden has issued an order that all government cars should be electric by 2025.  Similarly, many western countries want to see more and more electric cars on their roads by 2030.  Now, the trend of electric cars is also increasing in big Asian countries like China, South Korea, Taiwan, Singapore etc.  The governments of these countries are giving incentives worth several thousand dollars to the citiezens so that they can buy an electric car easily.

Writing the evolution of machines in the future can lead to two possibilities.  First, widespread unemployment and population growth will create social, political and economic problems throughout the world.  If the governments cannot solve those problems, there will be rebellions and riots in many countries.  It is quite possible that even then, like in eighteenth century Britain, the unemployed skilled workers would storm the factories and destroy the machines.  The future presents a particularly dire picture..

The second scenario is that governments will successfully rebuild human societies.  In these new societies, machines will work while humans will have the freedom to spend their time as they please.  Or they will have free time.  They will have fun and life will go smoothly.  The competitive race that is currently going on between humans will end.  Moments of leisure, however, can create new challenges.  For example, many people want to spend their time in a productive way, but how?  Each person has to find the same method.  Obviously, not everyone can write fiction or create a picture.  However, in a world where machines are earning and feeding man, he will have all the time available for immaterial activities.  It is almost impossible to claim that a happy future awaits man in such a case.