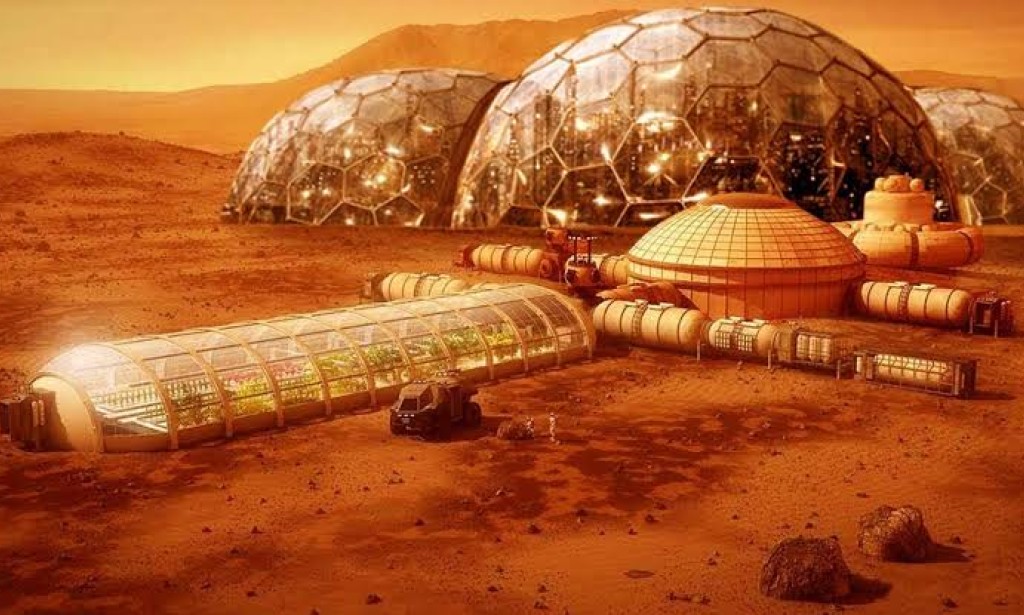 Life On Mars: How we'll create breathable air on Mars

As terrifying as it may be to send humans to another planet for the first time, getting there is only half the battle. The main issue is how humans can survive on the surface of a planet with an unbreathable atmosphere, cosmic radiation, and freezing surface temperatures millions of miles away.

We wanted to know how you would go about preparing an alien planet for human habitation, so we spoke with two experts, MIT professor Michael Hecht and NASA engineer Asad Aboobaker, to find out how to keep astronauts alive on a planet that wants to kill them.

A window of opportunity

Sending people to Mars requires a significant amount of time. Because of the orbits of Earth and Mars, the simplest way to travel from one planet to the other is to use a trajectory known as a Hohmann transfer orbit, in which a craft moves in a spiralling outward orbit.

"This is due to the rotation of the planets," Hecht explained. "Earth is inside Mars' orbit, and because it rotates faster than Mars, it laps it a couple of times." A Mars year is equivalent to nearly two Earth years."

"You must therefore time the launch." And there is a window every Mars year — every 26 months, during a period known as a Mars opposition, when Mars is close to Earth. So, every 26 months, you can launch a spacecraft to Mars in this optimal orbit. ... So the plan for Mars is to send the infrastructure first, followed by the crew 26 months later."

"You have the opportunity to launch a spacecraft to Mars in this optimal orbit every 26 months."

Sending infrastructure entails more than just ensuring that the astronauts have enough air to breathe and food to eat. It also entails sending and building a power plant, a habitat, rovers, and an ascent vehicle to allow the astronauts to depart once their mission is complete.

Why oxygen is so important

The first major issue to address in establishing a Mars base is the generation of oxygen. When you hear about producing oxygen on Mars, you probably think of the most basic human need: breathing air. And, of course, we need to figure out how to create a breathable atmosphere in a Mars habitat. However, this requires only a small amount of oxygen in comparison to the large demand for propellant for the rocket that will launch astronauts off the surface.

"We're attempting to create rocket propellant," Hecht explained. "We're not trying to make fuel; we're trying to make a chemical reaction that we never think about on Earth." When you burn gasoline in your car engine, you use several times the weight of the fuel in oxygen to create that reaction. The same holds true for burning a log in a fireplace. 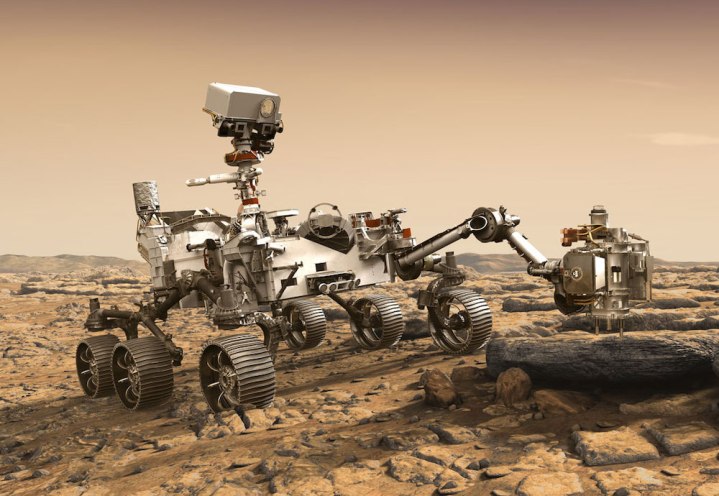 "If you go somewhere where there isn't free oxygen, you need to bring it with you," Hecht added.

Modern rockets have liquid oxygen tanks that provide this propellant, and they account for a sizable portion of the launch weight.

Making use of what’s available

Hecht and his colleagues are working on a concept known as in-situ resource utilization to create oxygen on Mars (ISRU). Essentially, this means utilizing what is already on Mars to create what we require.

They created the MOXIE (Mars Oxygen In-Situ Resource Utilization Experiment), which was conveniently transported to Mars alongside the NASA Perseverance rover, which successfully landed in February 2021. MOXIE is essentially a miniature version of a potentially much larger device that absorbs carbon dioxide from the martian atmosphere and produces oxygen.

That may sound complicated, but the device is actually quite familiar here on Earth. "MOXIE is very similar to a fuel cell," Hecht explained. "It's nearly identical. An electrolysis system could be created by taking a fuel cell and reversing the two wires coming in. That is, if this were a fuel cell, there would be a fuel and an oxidizer that produce a stable molecule. It would produce carbon dioxide if the fuel was carbon monoxide and the oxygen was oxygen. You can also get electricity.

"If you run it in reverse, you have to put in carbon dioxide and electricity." However, you emit carbon monoxide and oxygen. This is the only way we know how to do it."

This consumes carbon dioxide, which is abundant in the martian atmosphere, and generates oxygen.

This seemingly simple concept is radical because it addresses a problem that few people outside of the space community consider to be a problem: producing oxygen. "Nobody wants to make oxygen on Earth — there's no reason for us to," Hecht said. "There's plenty of it everywhere." But, thanks to fuel cells, we have a lot of knowledge."

How to build an oxygen machine

Understanding the chemical principles of making an oxygen machine is one thing; designing and building one that can fit inside a rover is quite another. Aboobaker, a thermal engineer for MOXIE at NASA's Jet Propulsion Laboratory (JPL) who has worked on the project since its inception, described how the experiment was built and some of the challenges the JPL team faced.

"Aside from mass and a small working space, the main resource constraint we had was energy," he explained. "The rover has a nuclear power source in the form of a radioisotope thermoelectric generator." People believe the rover is nuclear-powered, but it is not. It runs on batteries and has a nuclear trickle charger." 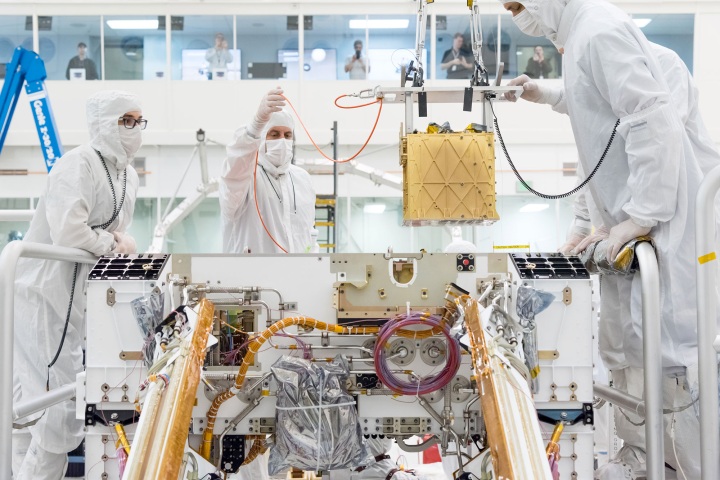 That means the researchers must be extremely cautious about how much power they use in order to avoid draining the battery. The entire Perseverance rover is powered by only 110 watts, which is slightly more than a bright light bulb.

As a result, an experiment such as MOXIE can only use a small amount of power. "That limited how much heater power we could use to heat it up, how much power the compressor — which blows the gas into the system — could draw, and how long we could run," Aboobaker explained.

That's why the version of MOXIE travelling on Perseverance is so small, despite the fact that the system would work just as well, if not better, at a larger scale.

All we want to know is if it works.

However, designing the equipment is only one aspect of the experiment; the other is determining whether it works on Mars. Even if a concept works flawlessly on Earth, alien environments can have unexpected consequences, such as the thin atmosphere affecting how heat is transferred or bearings wearing in unexpected ways due to lower gravity and unfamiliar dust. As a result, JPL engineers will soon begin collecting data from MOXIE to see how it performs in a real-world martian environment.

MOXIE, in many ways, does not take science data," Aboobaker explained. MOXIE data is relatively simple when compared to science instruments such as telescopes or spectrometers used to analyze rock samples. "It's almost like engineering telemetry data." We measure voltages, currents, and temperatures, among other things. That is our data, and the volume of data is actually quite small. It's almost small enough to fit on a floppy disc."

That means the team can get feedback on whether the system is working properly within a few days. Unlike other Perseverance instruments, which require weeks, months, or even years to analyze data, MOXIE is both a practical demonstration and an experiment.

In reality, the data volume is quite small. It's almost as small as a floppy disc."

"In many ways, what we're doing is not science, but technology," Aboobaker explained. "We mostly want to know if it works." And, if we wanted to scale it up in the future, what kinds of things would we need to do?"

A McMurdo Station for Mars

If MOXIE is successful, it will show how the ISRU principle can be applied on Mars. The project can then be scaled up to create a full-scale version that can produce oxygen at a much higher rate. The good news is that a larger version would be more efficient and could produce a significant amount of oxygen without requiring excessive power.

With oxygen sorted, we could move on to the other types of resources that humans would require on Mars. Water is another critical resource that we would require to establish a base on the planet. Not only for human consumption, but also because water (or hydrogen) and carbon dioxide can be combined to create a wide range of useful chemical.

"In the short term, we want to do some autonomous ISRU to make our missions feasible," Hecht explained. "Once we have a base on the planet, such as McMurdo Station in Antarctica or the International Space Station, we can think about much more aggressive types of ISRU, such as mining ice."

"A lot of people believe we should mine for ice on our own. But I say no, the effort isn't worth it. Ice is a mineral, which means you have to prospect for it, dig it up, and purify it. It will be simpler to simply bring it. MOXIE, on the other hand, is a mechanical tree. It takes in carbon dioxide and expel oxygen."

MOXIE is much easier to use than mining for resources, according to Hecht. "It doesn't have to go anywhere or look for anything. These are the IRSU methods that are most useful in the short term. You postpone the rest until you have people on the surface who can handle more complicated tasks.

Mars has plenty of water ice, but it is located at the poles, whereas most Mars missions want to land at the equator, which is similar to a desert. Current solutions to this problem include the concept of global ice mapping, which would map the locations of smaller amounts of ice for future use.

Another possibility is to extract water from the Martian soil's minerals. "There are minerals that are sulphates and attract a lot of water, like gypsum and Epsom salts," Hecht explained. "So you could dig them up, bake them, and drain the water." You could mine the soil for water, which is relatively abundant."

"A tremendous amount of energy is released when oxygen atoms from ClO4 are released to make Cl."

However, Mars does not only have materials that are similar to those found on Earth. It also contains large amounts of perchlorate (ClO4), a chemical that is hazardous to human health and is only found in trace amounts on our planet. Despite its toxicity, this substance has the potential to be extremely useful due to its chemical properties, as it is used in solid rocket boosters, fireworks, and airbags.

"The majority of the chlorine in the soil on Mars turns out to be perchlorate," Hecht explained. "It accounts for nearly 1% of the soil." It also has an enormous amount of energy. When oxygen atoms from ClO4 are released to form Cl, a tremendous amount of energy is released. I've always thought that would be a fantastic resource to mine."

The issue is that all of these applications are explosive, and controlling the reaction of ClO4 is difficult. However, using a biological reactor, there is a system that has the potential to gently release the energy.

Hecht explained, "Microbes can eat this stuff and produce energy." "And people have built these kinds of biological reactors, which are tanks of bacteria that digest a substance and extract energy from it."

"So I have this vision of a biological reactor in the back of a rover, and the astronaut climbs inside and drives around." When the power gauge runs low, they get out and begin shovel ling soil into a hopper in the back, where the microbes eat the soil and produce energy, allowing the astronaut to continue driving. It's an insane idea, but it's my favourite resource utilisation concept."