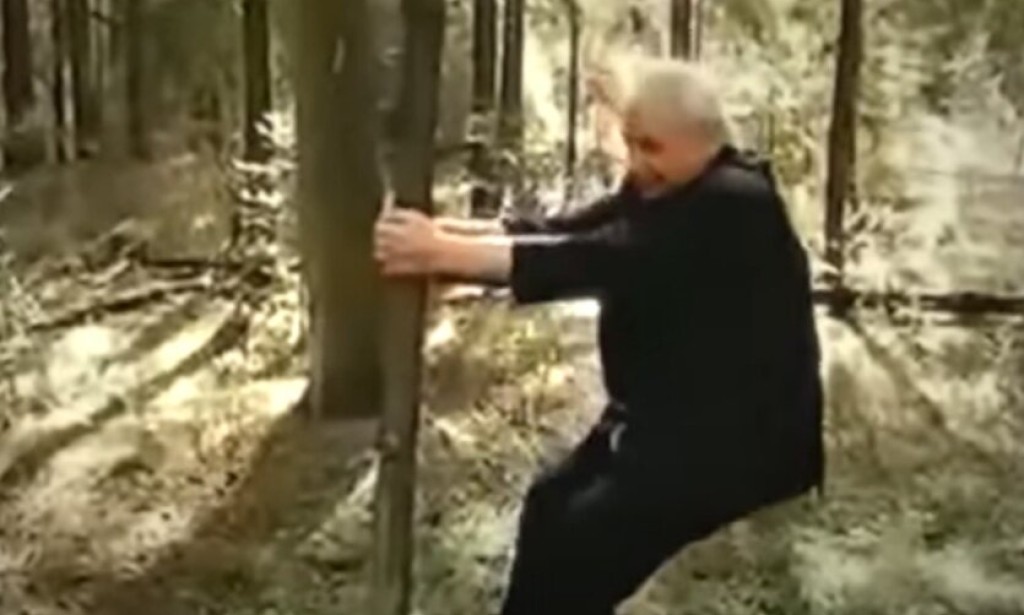 Look at ourselves, how we don't know how to live right

"In many books I argue that the heart is not here," says Professor Ivan Neumyvakin, patting himself on the chest. - It's a motor that pumps fluid through the body. And this motor is assisted by over 500 muscles. All the muscles in our body function as a pump. The main pumps are in our legs and arms."

Ivan Pavlovich noted that many people, especially at an advanced age, complain about the heart. The professor saw the main reason for these complaints in a sedentary lifestyle.

When a person moves, he makes his muscles work. And muscles help the heart pump blood throughout the body. But the less we use our pumps, the more stress the heart gets, and the harder it is to pump blood.

Fortunately, nature has made sure that our main pumps, the arms and legs, get a daily workload. Man cannot do without walking. He may use his arm muscles less often, not let his back or abdominal muscles work. But a person's legs work every day, unless, of course, the person is confined to bed.

So the normal condition for our legs is daily physical activity, thanks to which the heart is not stressed.

- But look how we live," Ivan Neumyvakin pointed out. - Even our leg muscles stopped working, we walk little, we drive, we sit a lot.

Do just two exercises every day.

Lack of physical activity leads to stagnation in the legs, and this can cause various unpleasant consequences. Therefore, in order to help your "motor" to work, each person should perform only two exercises. According to Professor Ivan Neumyvakin, these activities are suitable for everyone and are safe. So that the leg muscles get their daily necessary load, Ivan Pavlovich recommended to perform squats. They should be done by everyone.

To do this, you need to come up to a tree, grasp it with your hands at a level just below the chest. When doing squats like this, it is impossible to fall, so this technique is safe.

For those who are just starting such loads, at first you should squat with a small amplitude, going down 10-15 cm. Squatting should be done with a straight back, and the arms should remain straight at all stages of the exercise.

Ivan Neumyvakin shows the amplitude with which beginners should squat.

If a person has not been engaged in physical exercise, increasing the amplitude during squatting is possible only after one to two months from the start of the first training. And already after two or three months a person needs to squat at least a hundred times daily to stay healthy.

According to Professor Neumyvakin, he had to strengthen the health of many retirees who, after getting used to the load performed squats 300-400 times a day. As an example Ivan Neumyvakin also put the Soviet artist Boris Yefimov, who remained active until his last days. In his 108th year of life he was squatting 100 times a day.

According to Ivan Pavlovich's observations, after two or three months of such training, people took all the strain off their heart. After all, in the process of squatting according to Neumyvakin's method, not only train the main pumps of our body, but also involve the muscles of the back and abdomen.

Performing squats, a person performs and another important work. He trains and teaches his body, how to bend over correctly, if, for example, something fell out of his hands, and it should be lifted. Because if a person at an advanced age bends over for something with an unsteady back, he may squat and never get up again, Neumyvakin said. And squats train to keep the back straight and bend properly.

Ivan Pavlovich called Nordic walking the second exercise to train the main pumps in the body. During this activity, not only the arm muscles work, but also the legs and spine.

Nordic walking - a convenient workout for the elderly, he believed Neumyvakin. If a person gets tired while walking, he can stop on the street and leaning on a stick to rest.

By the way, Ivan Neumyvakin noted not without pride that for 30 years he was lucky to be in charge of the health of cosmonauts. As a result of this work, he became convinced that the capabilities of the human body are immense. And our task is not to lose these capabilities.