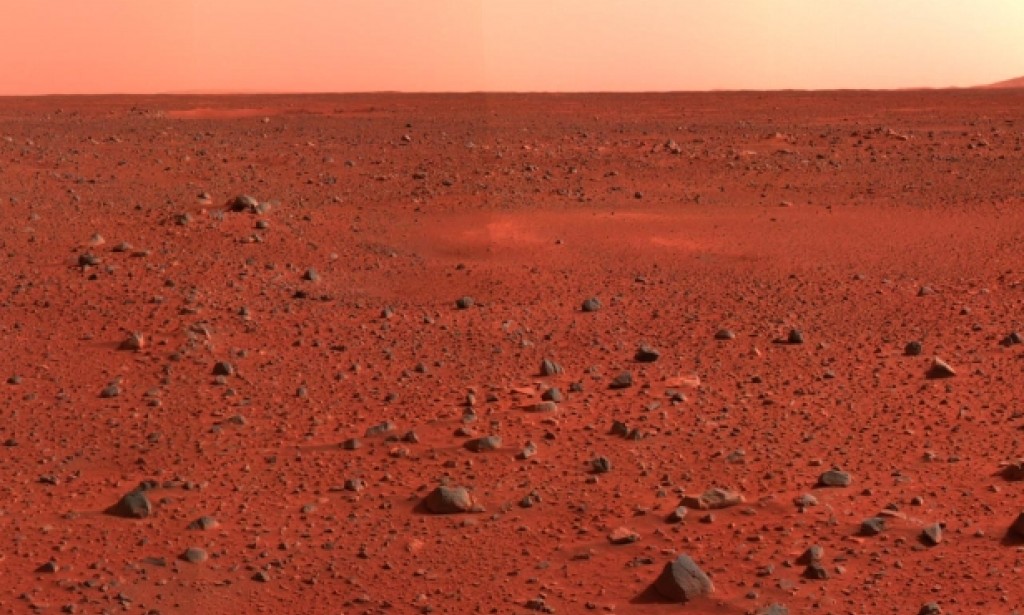 Mars is the Planet having rusty red surface that tells the story of destruction. Mars is the Seventh Largest Planet with a radius of 2,106 miles. Mars rotates on its axis every 24.6 Earth Hours, defining the length of a Martian Day. The angle of Mars's axis of rotation also changes much more often than Earth. On Mars, the northern hemisphere's spring and summer are longer than the fall and winter. Surface temperatures on Mars can reach as high as 70 degrees Fahrenheit and as low as -225 degrees Fahrenheit. Mars has Valleys, Mountains and also volcanoes like Earth and Venus. Mars is known for iron-rich minerals. Many regions of Mars are flat and low lying plains.

Mars is much colder than Earth in large part due to its greater distance from the sun. The average temperature is about -80 degrees Fahrenheit. According to NASA the atmosphere of Mars is 95.32 percent carbon dioxide, 2.7 percent nitrogen,1.6 percent argon, 0.13 percent oxygen , 0.08 percent of carbon monoxide with minor amounts of neon, hydrogen-deuterium-oxygen, water, nitrogen oxide, krypton and xenon. Mars has a solid core composed of sulphur, iron and nickel. Mars has two moons named Phobos and Deimos they were discovered by Asaph Hall Astronomer of America. The First person who watched Mars with Telescope was Galileo Galilei. Mars is a terrestrial planet with a thin atmosphere. United Arab Emirates becomes the First Arab country to reach Mars.