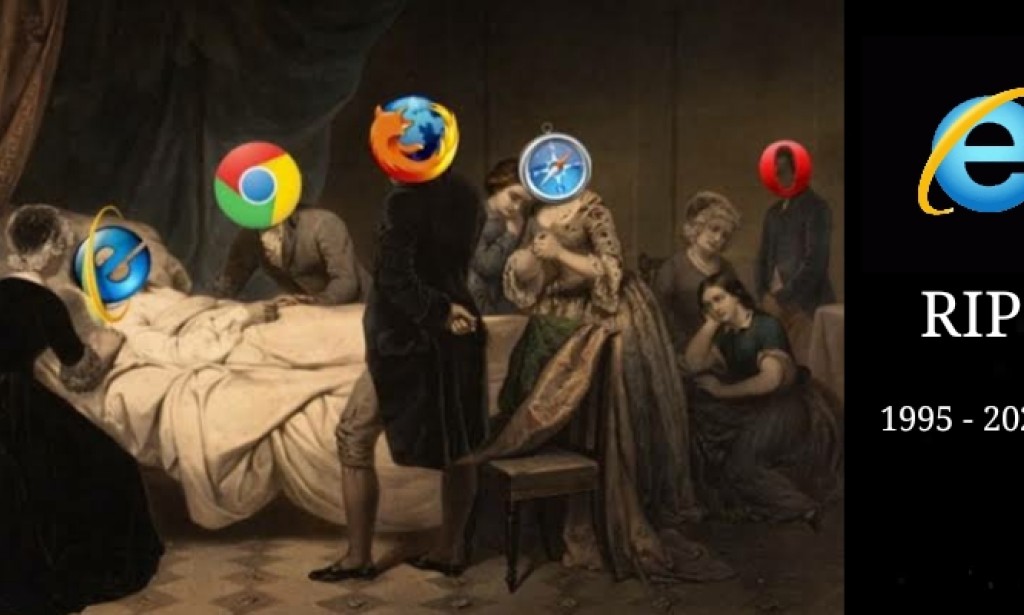 Microsoft's old media browser, Internet Explorer (IE) was euthanized today after 27 years of operation. Signs of shutting down Internet Explorer have started to appear in 2020. This browser will be removed from the Windows 10 version and users are asked to stop using it for the last two years. Since the announcement, IE has been abandoned by most internet users, and switched to other types of browsers such as Chrome, Safari and FireFox. Internet explorer is abandoned by many users because it is considered less attractive in terms of appearance, does not provide personalization, and is slow in the latest version. The shutdown is said to be affecting the Internet Explorer 11 desktop app on certain versions of Windows 10. Namely, those that are delivered via a Semi-Annual Channel (SAC) to systems running Windows 10 client SKUs (versions 20H2 and later) and Windows 10 IoT (versions 20H2 and later).

Not only Internet Explorer, a series of other services belonging to Microsoft have also died in recent years. These include Microsoft Teams Web App, Azure DevOps, Azure Web Portal, Microsoft 365 apps and services, Microsoft Dynamics 365, Microsoft Power Platform, My Suit of Products and Azure Virtual Desktop. To enable IE mode in Edge, users need to access edge://settings/defaultbrowser, then enable 'Allow sites to reload in Internet Explorer', and restart the web browser. In this 'Getting Started' guide, users can learn more about IE mode and how to move to Microsoft Edge. Besides, Internet Explorer's lethal injection is not considered a surprise to many users because Microsoft has pushed customers away from IE for years.

"Customers are encouraged to move to Microsoft Edge with IE mode. IE mode allows backwards compatibility and will be supported until at least 2029," Microsoft said.

In the past, the browser was one of the most winning web browsers in the world. Some of the advantages are fast performance and fairly good security because it integrates directly with Windows. Although many are abandoned, IE is reportedly still popular with business people because it supports certain frameworks such as ActiveX and VB support which are considered important for the operation of e-learning simulator applications, and Web-based accounting programs. To replace it, Microsoft Edge Internet Explorer mode also supports older versions of ActiveX.