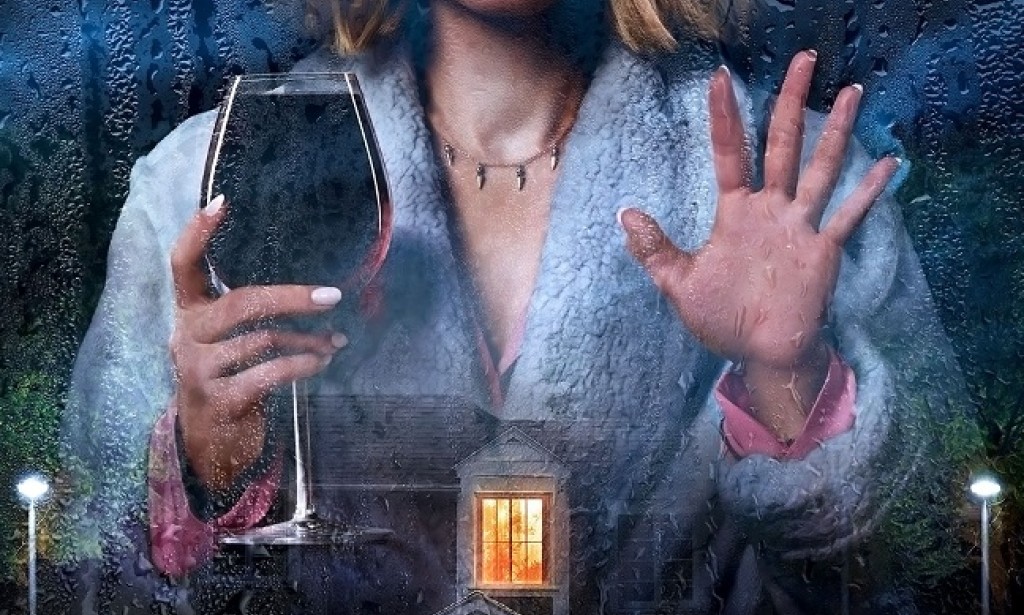 The TV series "The Woman in the house opposite the girl in the window", 2022 from Netflix is a parody, a reboot and a more successful version of the film "The Woman in the Window", 2021. And also an echo of the movie "Paranoia", 2007. And not only by watching and spying on neighbors through the window, but also... murder.

In the movie "The Woman in the Window" the action always takes place in a big dark house. The heroine is a witness to the murder of a woman in the house opposite, but no one believes her, so she takes strong psychotropic pills after the tragedy. The murder happened in reality, the woman was right. But the film does not deserve, in my opinion, special attention - everything is gloomy, monotonous, boring there.

In the TV series "The Woman in the house opposite the girl in the window" starring Kristen Bell.

For example, I remember the actress from the comedy fantasy series "The Good Place", where she played a carefree bad girl, with a gradual rebirth into the savior of the destinies of people and the future of the whole planet from the evil beginning.

Therefore, it was so unusual to see an actress in the role of a gloomy, sad and "lifeless" person Anna, who spends her evenings alone with a glass of red wine. Anna lives in a big house all by herself. After the tragic death of a child, her husband leaves her.

It cannot be said that there is a lot of dynamics at the beginning of the series — the action takes place in the same place — in Anna's house or in the house of Anna's neighbors. In the windows opposite.

The heroine constantly drinks wine, gets bored, looks out the window and tries to find something to do while watching the neighbors. 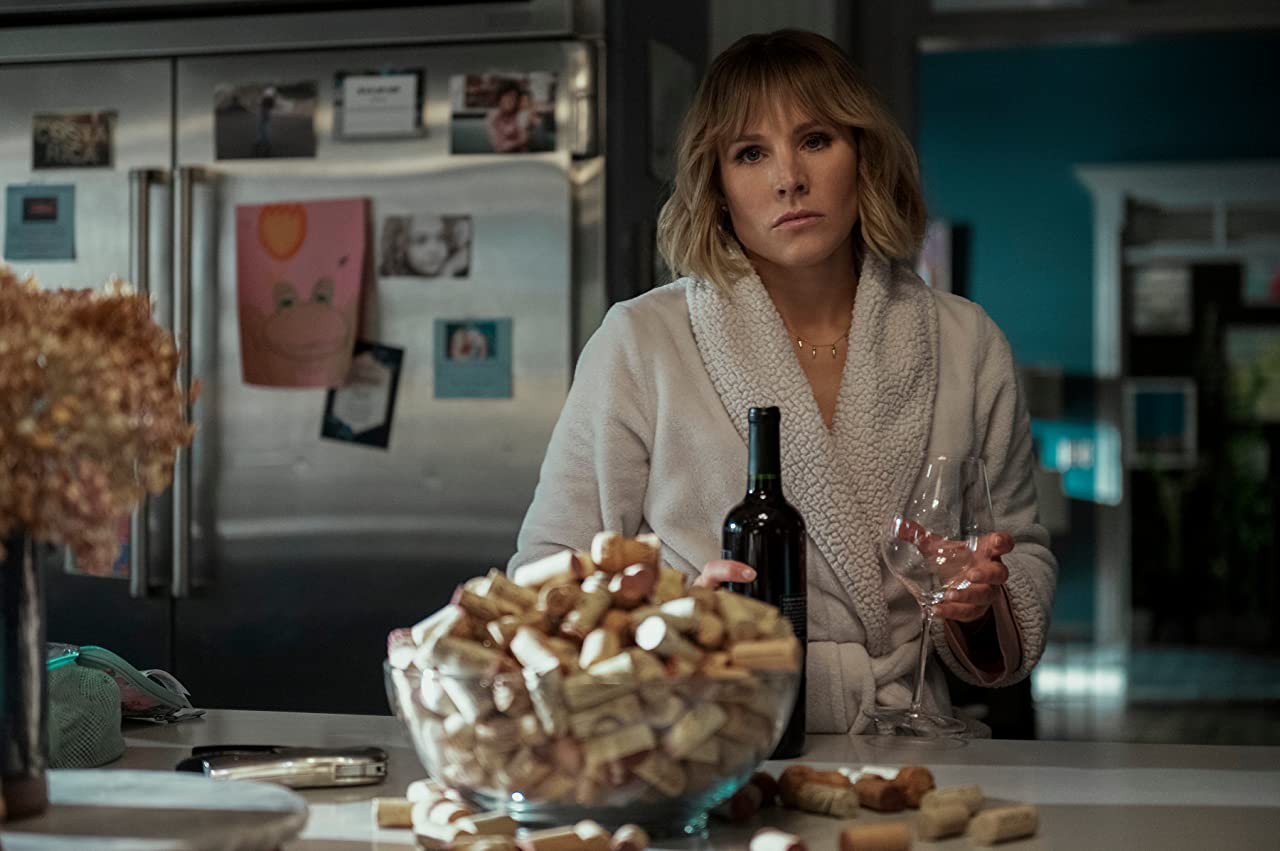 By itself, the lack of dynamics in the first episodes of the series also keeps the viewer in suspense.

Remember how in one episode of the TV series "Breaking Bad" Walter chased a fly throughout the series, and nothing else happened, but there was an intrigue in it that held the viewer's attention!

So, the neighbors, a young man with a young daughter, are settling in the house opposite. Anna meets new neighbors and tries to get out of the binge, at first she cooks them her signature casserole, trying to get to know the man and his daughter better.

A familiar stewardess comes to visit the man, and Anna becomes an unwitting witness to her murder. moreover, Anna sees the murder scene from the window, but does not see who exactly killed the stewardess.

Then everything happens according to the already familiar scenario from the films "Paranoia" and "The Woman in the Window" — Anna calls the police, reports a murder, the police arrive, but do not find the body, and Anna's neighbor replies that Anna drank too much, and she imagined everything, and the stewardess has already left.

Anna begins to suspect a neighbor of murdering a flight attendant. Anna is completely sure that the neighbor killed his wife first, and then the stewardess, tries to get the police to believe her, follows the man and tries to protect his daughter from the man, but in vain. By these actions, she only aggravates the situation, and she is considered not only a drunkard, but also crazy.

No one believes Anna, not even her ex-husband.

As a result, she still manages to find out who the killer is.

She was right, there was a murder, and she didn't write it, that is, she didn't invent it. And more than one murder. 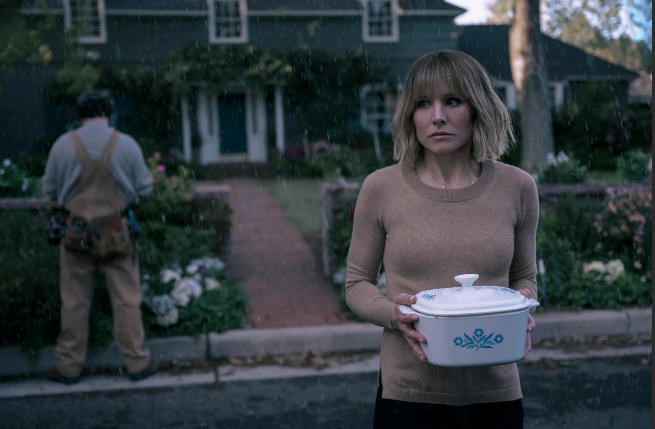 Just don't imagine anything and draw the image of a sexy gardener from German films!

The gardener, as it turns out, has a mental illness and previously, before working in Anna's house, lived in a mental hospital. Anna's ex-husband, having learned about the gardener's ambiguous past, rushes to her aid, thinking that Anna is in danger.

At the end of the series, the viewer does not watch the play of the theater of a lonely bored woman in depression, but plunges into a full-fledged diverse thriller.

We leave it to the viewer to decide who this gardener is and what role he will play in this series.

After the capture of the killer, everything begins to get better in Anna's life: her husband returns to her, Anna is expecting a child again.

A happy ending to a gloomy series. If not for one thing. Anna will again have to face the fact that she will not be believed — in the cabin of the plane during the flight to New York, Anna finds her seatmate dead in the toilet, calls the stewardess, but ... the woman's body mysteriously disappears, and no one believes Anna…

The release of the second season is scheduled for February 2, 2023. Perhaps...