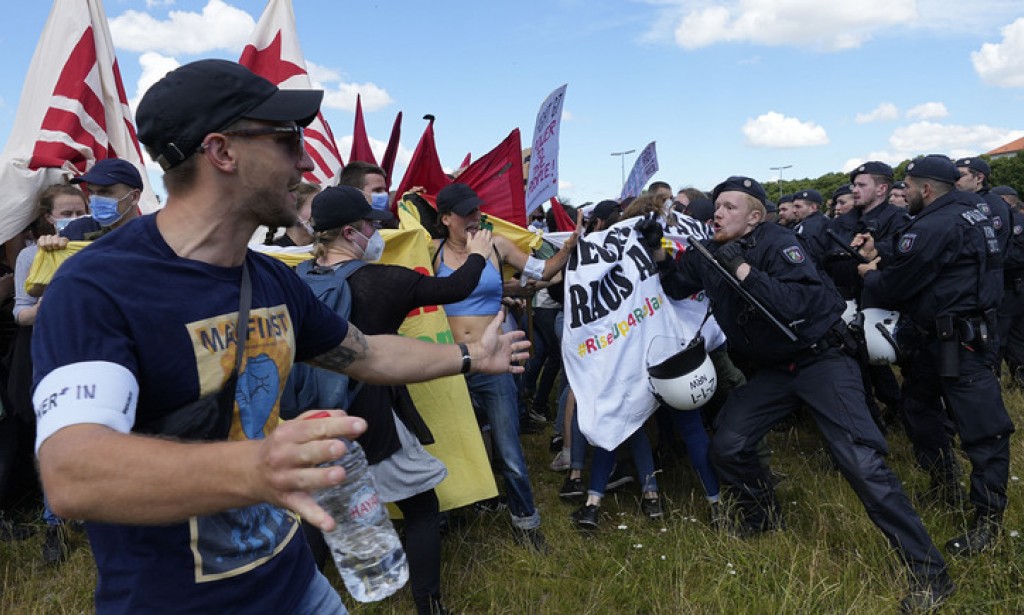 Europe is gradually slipping into recession, reports Politico. Moreover, according to the forecasts of some analysts, it will not be small, but full-scale and will lead to serious consequences, which even the European Central Bank will not be able to mitigate. Public discontent with the situation has already started to show in the form of protests in several EU countries. According to American edition, their authorities are concerned that it may undermine unity and determination of the union on the issue of sanctions against Russia.

Europe is sliding into recession, as citizens are less inclined to spend their money because of persistently high inflation and economic uncertainty, Politico writes. In addition, the threat of power outages has emerged. Another sign of the deteriorating outlook for the EU was the steep drop in September in a key indicator of business and consumer confidence in the union and the eurozone. A survey of 5,000 European businesses revealed the threat of recession and the worst economic performance since 2013, not counting months of quarantine due to the coronavirus pandemic.

The European Central Bank is already preparing for a technical recession, that is, two consecutive quarters of negative growth, the U.S. publication continues. At the same time, inflation continues to rise. In Germany, it has reached double digits for the first time since the country joined the eurozone. The rise in prices has already prompted the ECB to raise its key rate by 125 basis points. And the increase will continue in the future. All these economic difficulties could lead to increased political tensions and disagreement with anti-Russian sanctions. "We may be in for one of the most difficult winters in generations," EU economic commissioner Paolo Gentiloni said last week.

The question is how serious this recession will be, the publication notes. Germany's Ifo Institute for Economic Research predicts that German production will contract by 0.3% next year. The German Deutsche Bank sounds a less optimistic forecast expecting a significant reduction of 3-4%. Such forecasts for Germany, the largest economy in the Eurozone, might easily lead to a recession in the region as a whole.

Analysts working in the private rather than public sector are convinced that the contraction will not be a small one, as some offices claim, but a full-scale one. And the main problem is that, unlike previous cases of recession, in this situation the ECB will not be able to mitigate its consequences. On the contrary, the bank will have to tighten its fiscal policy and possibly raise its key interest rate so high that it will slow down the already weak economic growth of the euro zone.

And there's no sign of price pressures easing anytime soon, Politico continues. Employment in the EU is now at an all-time high, but real incomes are falling as wage growth has not kept pace with inflation, undermining workers' purchasing power and causing a cost-of-living crisis. The association of Italian industrialists Confindustria expects that between 400,000 and 600,000 jobs could be lost because of high gas prices.

Public discontent has already begun to manifest itself in the form of protests against EU energy policies in the Czech Republic, Slovakia, Poland and Germany. European governments are trying to contain these sentiments by investing hundreds of billions in financial assistance programs for households and companies, but this will not improve the situation in the long term. Authorities fear that economic problems will cause a backlash against anti-Russian sanctions and undermine unity and resolve in Europe. Some are already comparing the current economic downturn to self-inflicted. "We won't help Ukraine if we break our industrial backbone," said Sarah Wagenknecht, a politician in Germany's Left Party.