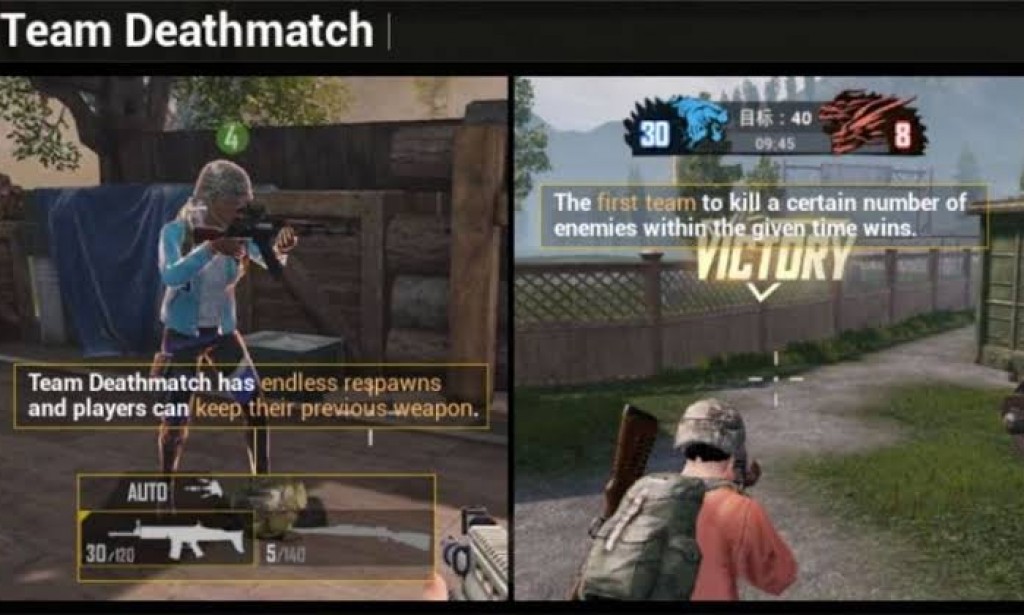 Everybody was waiting for the PUBG 0.13.0 version to be released on May 31. But I guess we will have to wait for some more time. But this wait will be worth it as users will get to play in team Deathmatch mode. Yes, you read it correct team deathmatch mode. This model is already on the beta version and will be released for.the mobile version very soon. Take a look at what to expect in team deathmatch mode as it is very fast pacing mode.

The team deathmatch mode will be FPS (First Person Shooter) based. Two teams of four players each will battle it out and the first team who scores 40 points will win. Each kill is for one point so team needs to have 40 kills. You don’t die in this, which means you get unlimited respawns until the match completely ends. The newly spawned players also get a few seconds of undying love to avoid spawn campers. Till now there is only one map, which is called TDM: it is a Warehouse which includes a large shed in the middle. It has multiple crates, walls and other hiding spots.

You health will generate automatically, you don't need to worry about life here. At the end of match, players can check their stats including kills, kill/death ratio and assists. The best performing player also gets the Most Valuable Player (MVP) award along with a dedicated XP to level up.

Let's just wait till the new update comes out.