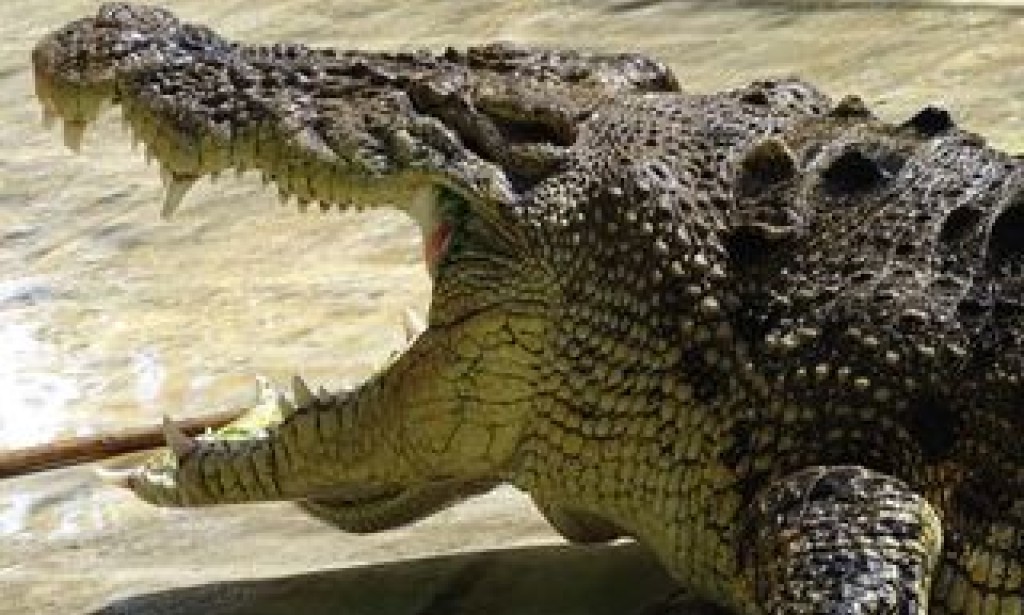 There are currently 18 living species of crocodiles. Large crocodiles can grow over 17 feet long.

Millions of years ago, giant dwarf crocodiles inhabited Africa that loved to eat our human ancestors.

Two new species of crocodiles have been discovered, according to a recent study headed by the University of Iowa. These crocodiles formerly inhabited east Africa between 18 million and 15 million years ago before inexplicably becoming extinct. Their findings were recently published in the journal The Anatomical Record. The species, known as giant dwarf crocodiles, is similar to the dwarf crocodiles that may today be found in central and western Africa.

But unlike their contemporary relatives, the huge dwarf crocodiles were much larger—hence the name. Rarely can dwarf crocodiles grow longer than 4 or 5 feet, but their prehistoric ancestors could reach lengths of up to 12 feet, making them among the most dangerous dangers to any animals they came across.

Researchers led by the University of Iowa have discovered two new species of crocodiles that roamed parts of Africa between 18 million and 15 million years ago and preyed on human ancestors. The Kinyang giant dwarf crocodiles (in gold) were up to four times the length of their modern relatives, dwarf crocodiles (shown in green). The new species discovery comes after an analysis of the skull of a Kinyang specimen. Credit:Christopher Brochu, University of Iowa

“These were the biggest predators our ancestors faced,” says Christopher Brochu, professor in the Department of Earth and Environmental Sciences at Iowa and the study’s corresponding author. “They were opportunistic predators, just as crocodiles are today. It would have been downright perilous for ancient humans to head down to the river for a drink.”

Kinyang mabokoensis and Kinyang tchernovi are the names of the new species. They possessed big, conical teeth and short, deep snouts. Instead of opening straight upward like contemporary crocodiles, their noses opened somewhat up and to the front. Instead of being in the water, they waited for prey in the forest for the majority of the time.

“They had what looked like this big grin that made them look really happy, but they would bite your face off if you gave them the chance,” Brochu says.

Kinyang lived in the East Africa Rift Valley, in parts of present-day Kenya, in the early to middle Miocene period—a time when the region was largely blanketed by forests. However, both species seemed to go extinct starting about 15 million years ago with the end of the Miocene Climatic Optimum.

Why did they disappear? Brochu believes that less rain fell in the area as a result of climate change. As a result of the decrease in rainfall, forests gradually disappeared and were replaced by grasslands and mixed savanna woodlands. Kinyang was impacted by the shift in the environment because, according to the researchers, it likely favored woodland areas for breeding and hunting.

“Modern dwarf crocodiles are found exclusively in forested wetlands,” says Brochu, who has studied ancient and modern crocodiles for more than three decades. “Loss of habitat may have prompted a major change in the crocodiles found in the area.

“These same environmental changes have been linked to the rise of the larger bipedal primates that gave rise to modern humans,” Brochu adds.

Brochu acknowledges what caused the Kinyang to die out requires further testing, as the researchers are unable to determine precisely when the animals became extinct. Also, there is a gap in the fossil record between Kinyang and other crocodile lineages that came onto the scene beginning about 7 million years ago. The new arrivals included relatives of the Nile crocodile currently found in Kenya.

Brochu examined the specimens during several visits since 2007 to the National Museums of Kenya, in Nairobi.