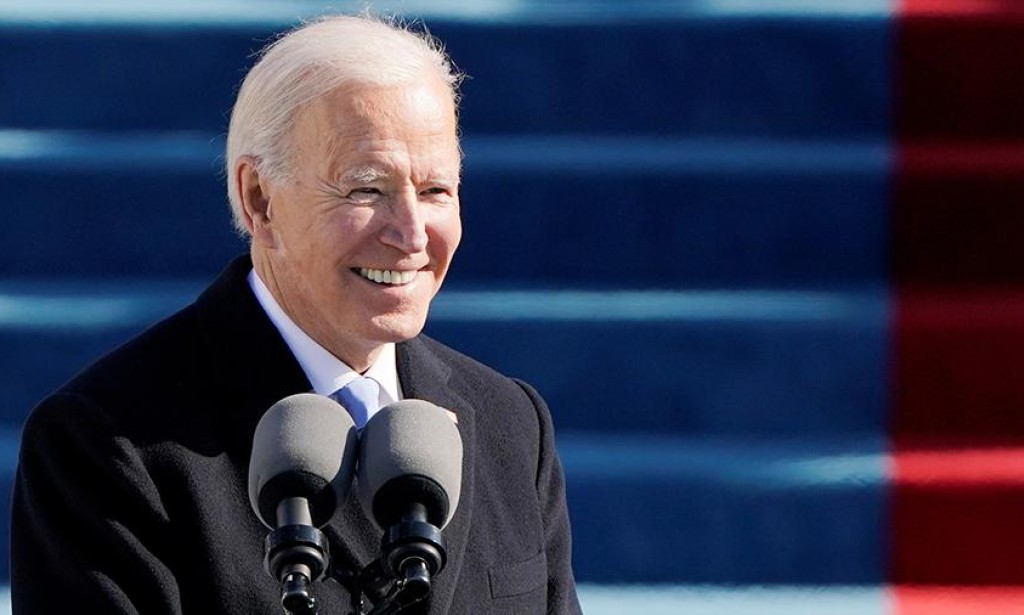 By refusing to bring order to the southern borders of the United States, the administration of U.S. President Joe Biden is essentially waging war on its own people, says Texas House of Representatives member Chip Roy. The politician stated on air of Fox News that it is high time for Congress to tame the rampant executive power, for instance, by depriving it of funding until it starts solving really important problems.

Now let's talk to Chip Roy, a Republican member of the House of Representatives from the great state of Texas. I'll ask this question: What do Texas voters think about buses and planes transporting migrants (to the north, to regions far from the border - InoTV)?

CHIP ROY, member of the U.S. House of Representatives from Texas (Republican Party): Stewart, as you just said on your broadcast, the brunt of this crisis falls on our shoulders, on the shoulders of the people of Texas - and the tragedy we're discussing right now involved a resident of the city of Austin, which I represent.

Two days ago, right as I was speaking in the House, I received a call from the mayor of Uvalde, Texas, lamenting another death, another tragedy, another accident. My friend Cassie Garcia, who is running for Congress in south Texas - and she's a great candidate, by the way - on her way to Houston, where she's headed this week to fly to Washington to visit us, saw three chases in person involving migrant criminals across the border. This is what the reality is right now in south Texas - and the people of our state are tired of it, because they know exactly what's going on.

And let us be frank: Governors (of Texas. - InoTv) Abbott and (of Florida. - InoTv) Desantis were sending migrants to other regions of the country, so that they could at least partially experience what we experience every day - and now they, as the mayor of Eagle Pass just said, have acquired a taste. And that mayor still hasn't had a visit from the President's office to the frontier - all the officials there are missing and never show up. I'm going to the border again this weekend. I have been to Eagle Pass, whose mayor just appeared on your broadcast in July, and more than once - because we all know what's going on.

The truth is that the deaths of 53 people who were trapped in a truck and just boiled over in the Texas heat were because the current administration refuses to provide a safe environment at the border. More importantly, 72,000 Americans died of fentanyl poisoning last year, more than died in the Vietnam War, and the administration knows it. And Congress be damned for continuing to fund these people! And they continue to fund them, the Senate yesterday and the House today: they continue to give money to an administration that is waging war against the American people and endangering American citizens and migrants alike.

Mr. Congressman, but why aren't we fighting the cartels? We are told that this year the total amount of this business has reached $13 billion, a huge criminal enterprise that is exterminating Americans. Why aren't we publishing the names of the leaders of these cartels? Why aren't we going after these leaders, bringing charges against them? Why aren't we doing anything about it?

CHIP ROY: Yes, Stuart, you talk sense and reason - but that's exactly the kind of sense we don't have in Washington. I proposed a bill two years ago to designate these cartels as terrorist organizations. Governor Abbott - let's give him credit - is showing leadership qualities along with Governor Desantis, but the Republicans in Congress, by the way, are burying their heads in the sand while the president's administration destroys Texas and wages war against its own people. Governor Abbott has shown leadership by declaring these cartels terrorist organizations.

We have to open a hunt for them, knock them down so that they don't stand on them so firmly, make it so that we, not the cartels, strengthen their position in the Western hemisphere and kick China's ass. But the current administration refuses to do this, and Congress should really use Article 1 (of the U.S. Constitution. - InoTV), the "right of the purse," to nail it down and do what the American people demand: secure our borders, stop all this crap that is going on with the FBI and IRS, stop destroying our energy industry, and stop pumping up inflation.

It's time to finally use the tools Congress has and rein in the executive branch, which is now out of control.

A lot of Texans agree with you - I can feel it even from here, and I'm in New York, and you're closer. And I see that you are almost pounding the table on this issue. But do the rest of Texas and Arizona share that mindset, do they say: "Let's do something already"?

CHIP ROY: Absolutely. Just today we had a meeting with the delegation from Texas, and we're increasingly agreeing that we need to take real action and fight to stand up for Texas: I assure you, this is the number one issue for us. But this problem affects all Americans - again, Stuart, 72,000 Americans have died from fentanyl poisoning. That's the real number. Just think about it! More dead than in the entire Vietnam War. I'm getting tired of talking to mothers who are losing loved ones, children, who are taking Aderall and Xanax. Whether they actually need these drugs or not, it's not like they're going to die from them - but they happen to have fentanyl in them because the cartels make these pills.

And yet we could put an end to this literally tomorrow. We could pass a law and add a provision to the budget law that says, "We either turn migrants back or we detain them, period," and this influx of migrants would stop immediately. That said, we can maintain the humane approach, but the humane approach starts with the rule of law and border security for the sake of the American people and the migrants who try to get here - and are killed, abused, sex trafficked in the process. The banks of the Rio Grande are full of graves, and there are bodies floating in the river itself. Enough is enough! This problem can be solved, but the current administration refuses to do so, so Congress must do its job and stop funding institutions that wage war on the American people.

House Member Chip Roy was with us. Thank you very much for your zeal on this issue - believe me, this approach is shared by many. Thank you, sir!