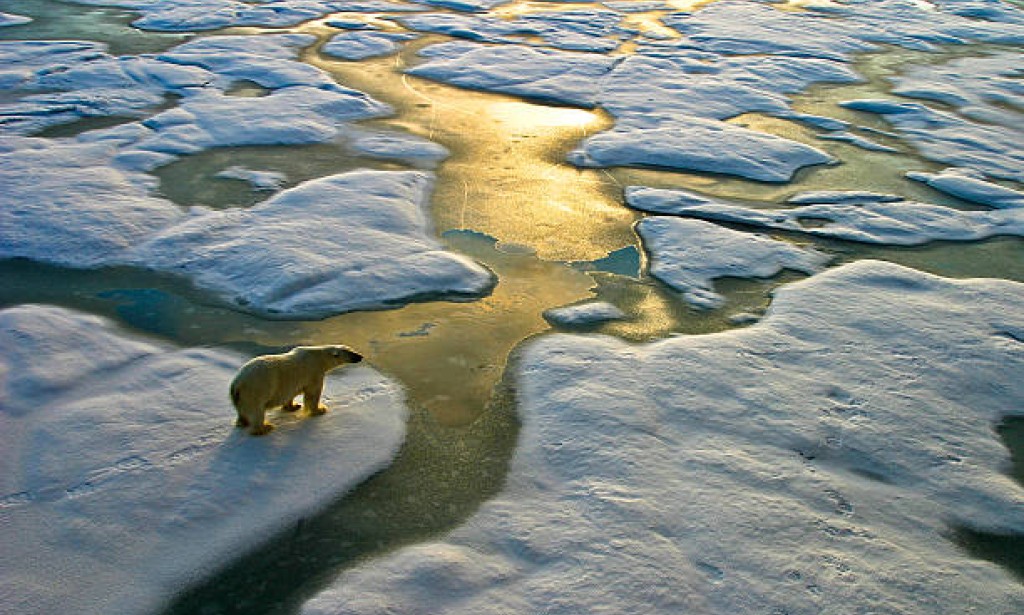 As the Earth’s temperatures continue to rise, the effects of global warming are becoming more and more evident. One of the most visible and devastating effects of global warming is melting. As the Earth’s average temperature rises, so does the temperature of the oceans. This causes the ice caps and glaciers to melt at an alarming rate. The melting of the ice caps and glaciers not only causes a rise in sea level, but also has a number of other consequences.

The loss of ice also means that there is less reflective surface on Earth. Ice reflects a lot of sunlight away from Earth, helping to keep our planet cool. With less ice, more sunlight is absorbed by Earth, causing further warming.

As global warming continues to cause melting on a large scale, the consequences will become even more severe. Sea levels will continue to rise, disrupting coastlines around the world. Weather patterns will become increasingly unpredictable, making it difficult for people and animals to adapt. And the loss of reflective surfaces will cause Earth to warm even further, exacerbating all of these effects. We must take action now to reduce greenhouse gas emissions and slow the process of global warming before it’s too late.

Impact on the environment and human health

The impact of melting on the environment and human health is very real. The loss of ice cover can cause problems for both animals and humans alike. As the ice melts, it exposes the land underneath to the elements. This can cause erosion and flooding, as well as damage to plant life. The melting of glaciers also affects the local climate. Warmer air can hold more moisture, leading to an increase in precipitation. This can cause drastic changes in weather patterns, which can disrupt ecosystems and affect human health.

The most direct impact of melting on human health is from the increased exposure to ultraviolet (UV) radiation. UV radiation is harmful to human skin and can cause sunburn, skin cancer, and other health problems. The ozone layer helps to protect us from UV radiation, but it is being depleted by greenhouse gases. As the ozone layer diminishes, more UV radiation reaches the Earth’s surface, causing an increase in health problems for humans.

Global warming also contributes to melting because warmer temperatures cause glaciers and ice sheets to melt more rapidly. As global temperatures continue to rise, the impacts of melting will become more severe. It is important to take action to reduce greenhouse gas emissions and slow the process of global warming in order to protect our environment and our health.

Climate change has been a controversial topic for many years now, with some people believing that it’s a natural phenomenon and others convinced that human activity is to blame.

There’s no denying that the Earth’s climate is changing, and it’s happening at an unprecedented rate. The average global temperature has risen by around 1°C since the Industrial Revolution, and it’s estimated to increase by another 2-4°C over the next hundred years.

This may not sound like much, but it could have a significant impact on our planet. The last time the Earth was 2°C warmer than it is now was during the Pliocene epoch, around 3 million years ago. At that time, sea levels were around 20 metres higher than they are today.

So what can we do to combat climate change? Well, there are a few options:

Reducing greenhouse gas emissions is probably the most obvious solution. Greenhouse gases like carbon dioxide and methane trap heat in the atmosphere, causing the Earth to warm up. If we can reduce our emissions of these gases, we can help slow down climate change.

One way to do this is to switch to renewable energy sources like solar or wind power. We can also improve our energy efficiency by using more efficient appliances and insulation in our homes. Transportation is another big source of greenhouse gas emissions, so we can help by walking or biking instead of driving, carpooling, or taking public transportation.

Another solution is carbon sequestration, which involves capturing carbon dioxide from power plants and other industrial facilities and storing it underground. This helps to reduce the amount of greenhouse gases in the atmosphere and slows down climate change.

Geoengineering is a more controversial solution, but it could potentially be very effective. Geoengineering refers to large-scale interventions in the Earth’s climate system in order to counteract global warming. One proposed method is solar radiation management, which involves reflecting sunlight away from the Earth in order to cool it down. Another idea is artificial tree planting, which would remove carbon dioxide from the atmosphere.

Preparing for a greener future

As the world becomes more industrialized, the greenhouse gases that are emitted into the atmosphere are causing the Earth's temperature to rise. This phenomenon is called global warming, and it is melting the polar ice caps, raising sea levels, and changing weather patterns around the globe. While some people think that global warming is a hoax, the scientific evidence is overwhelming that it is real and is happening right now.

Preparing for a greener future means taking steps to reduce our reliance on fossil fuels and to increase our use of renewable energy sources. It also means making changes in our lifestyles to reduce our carbon footprint. One way to do this is to carpool or use public transportation instead of driving everywhere. Another way to reduce your carbon footprint is to recycle and compost as much as possible. And finally, you can offset your carbon emissions by planting trees or investing in green energy projects.

By making these small changes in our lives, we can make a big difference in combating climate change. We can also set an example for others to follow and help create a movement for a greener future.

In conclusion, global warming is a serious issue that needs to be addressed. It has the potential to cause devastating effects on our planet and its inhabitants if left unchecked. We must take action now in order to reduce emissions of greenhouse gases and mitigate the impacts of climate change before it's too late. By working together, we can make a difference and ensure a brighter future for generations to come.