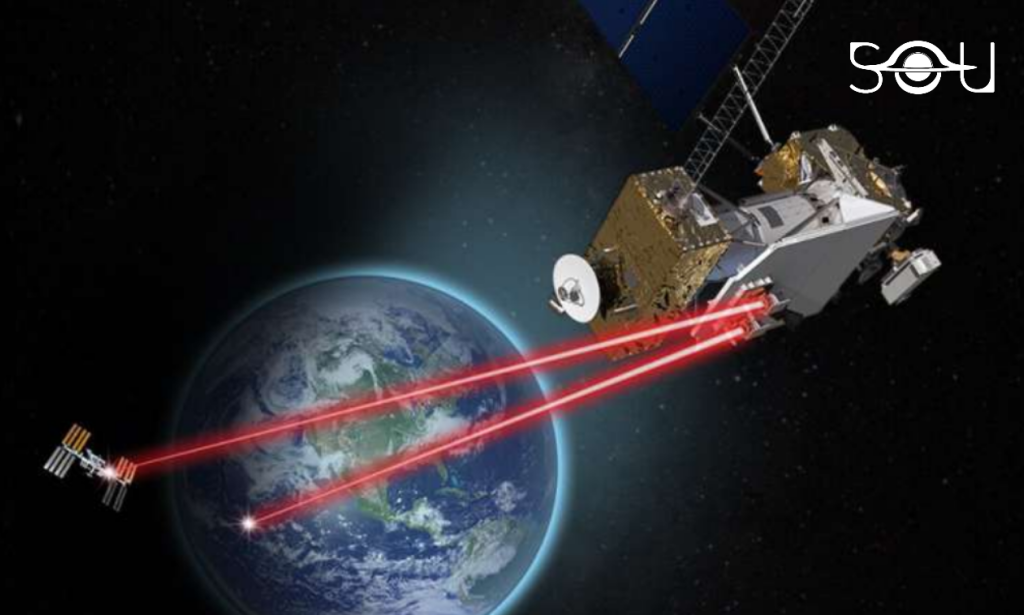 The future of NASA's laser communications

NASA uses lasers to send information to and from Earth, employing invisible beams to traverse the skies, sending terabytes of data—pictures and videos—to increase our knowledge of the universe. This capability is known as laser, or optical, communications, even though these eye-safe, infrared beams can't be seen by human eyes.

In May 2022, NASA certified that LCRD is ready to conduct experiments. These experiments are testing and refining laser systems—the mission's overall goal. Experiments provided by NASA, other government agencies, academia, and industry are measuring the long-term effects of the atmosphere on laser communications signals; assessing the technology's applicability for future missions; and testing on-orbit laser relay capabilities.

"We will start receiving some experiment results almost immediately, while others are long-term and will take time for trends to emerge during LCRD's two-year experiment period," said Rick Butler, project lead for the LCRD experimenters program at NASA's Goddard Space Flight Center in Greenbelt, Maryland. "LCRD will answer the aerospace industry's questions about laser communications as an operational option for high bandwidth applications."

"The program is still looking for new experiments, and anyone who is interested should reach out," said Butler. "We are tapping into the laser communications community and these experiments will show how optical will work for international organizations, industry, and academia."

LCRD will even relay data submitted by the public shortly after its launch in the form of New Year's resolutions shared with NASA social media accounts. These resolutions will be transmitted from a ground station in California and relayed through LCRD to another ground station located in Hawaii as yet another demonstration of LCRD's capabilities.

"In the past, we've designed our instruments and spacecraft around the constraint of how much data we can get down or back from space to Earth," said TBIRD Project Manager Beth Keer. "With optical communications, we're blowing that out of the water as far as the amount of data we can bring back. It is truly a game-changing capability."

Launching in early 2023 in the Dragon trunk of SpaceX's 27th commercial resupply services mission to the International Space Station, the Integrated LCRD Low-Earth Orbit User Modem and Amplifier Terminal (ILLUMA-T) will bring laser communications to the orbiting laboratory and empower astronauts living and working there with enhanced data capabilities.

ILLUMA-T will gather information from experiments aboard the station and send the data to LCRD at 1.2 gigabits per second. At this rate, a feature-length movie could be downloaded in under a minute. LCRD will then relay this information down to ground stations in Hawaii or California.

"ILLUMA-T and LCRD will work together to become the first laser system to demonstrate low-Earth orbit to geosynchronous orbit to ground communications links," said Chetan Sayal, project manager for ILLUMA-T at NASA Goddard.

The Orion Artemis II Optical Communications System (O2O) will bring laser communications to the Moon aboard NASA's Orion spacecraft during the Artemis II mission. O2O will be capable of transmitting high-resolution images and video when astronauts return to the lunar region for the first time in over 50 years. Artemis II will be the first crewed lunar flight to demonstrate laser communications technologies, sending data to Earth with a downlink rate of up to 260 megabits per second.

"By infusing new laser communications technologies into the Artemis missions, we're empowering our astronauts with more access to data than ever before," said O2O Project Manager Steve Horowitz. "The higher the data rates, the more information our instruments can send home to Earth, and the more science our lunar explorers can perform."

Whether bringing laser communications to near-Earth missions, the Moon, or deep space, the infusion of optical systems will be integral for future NASA missions. Laser communications' higher data rates will enable exploration and science missions to send more data back to Earth and discover more about the universe. NASA will be able to use information from images, video, and experiments to explore not just the near-Earth region, but to also prepare for future missions to Mars and beyond.