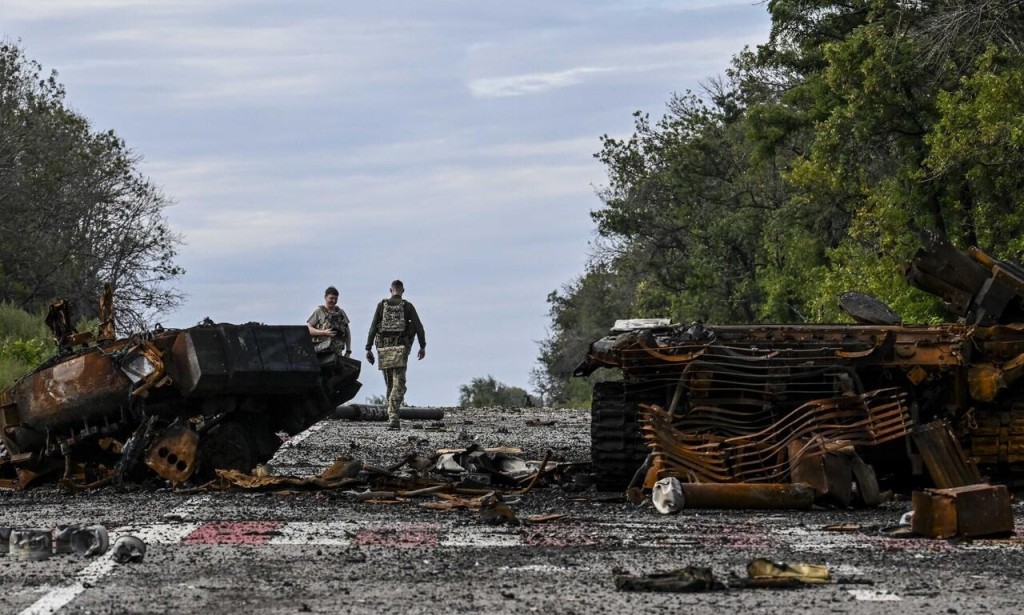 The impact of modern warfare

The invasion of Ukraine by Russia is a complete disaster for world peace, especially for peace in Europe. However, the war also significantly exacerbates a number of already negative global economic trends, such as deglobalization, escalating environmental degradation, growing inflation, extreme poverty, and expanding food insecurity. Rebalancing budgetary priorities may also prove difficult, especially in advanced economies, given the apparent end to the peace dividend, which has traditionally helped finance increasing social spending.

Firstly, let's state the obvious: a war-torn Ukraine is currently experiencing significant economic hardship. Thousands of thousands of people have been killed or injured, and millions have fled the country in addition to the destruction of the nation's physical capital. This comes on top of the COVID-19 pandemic's widespread surge in economic suffering worldwide. The World Bank estimates that there are now approximately 700 million people living in severe poverty, with a large portion of them residing in areas rife with conflict. 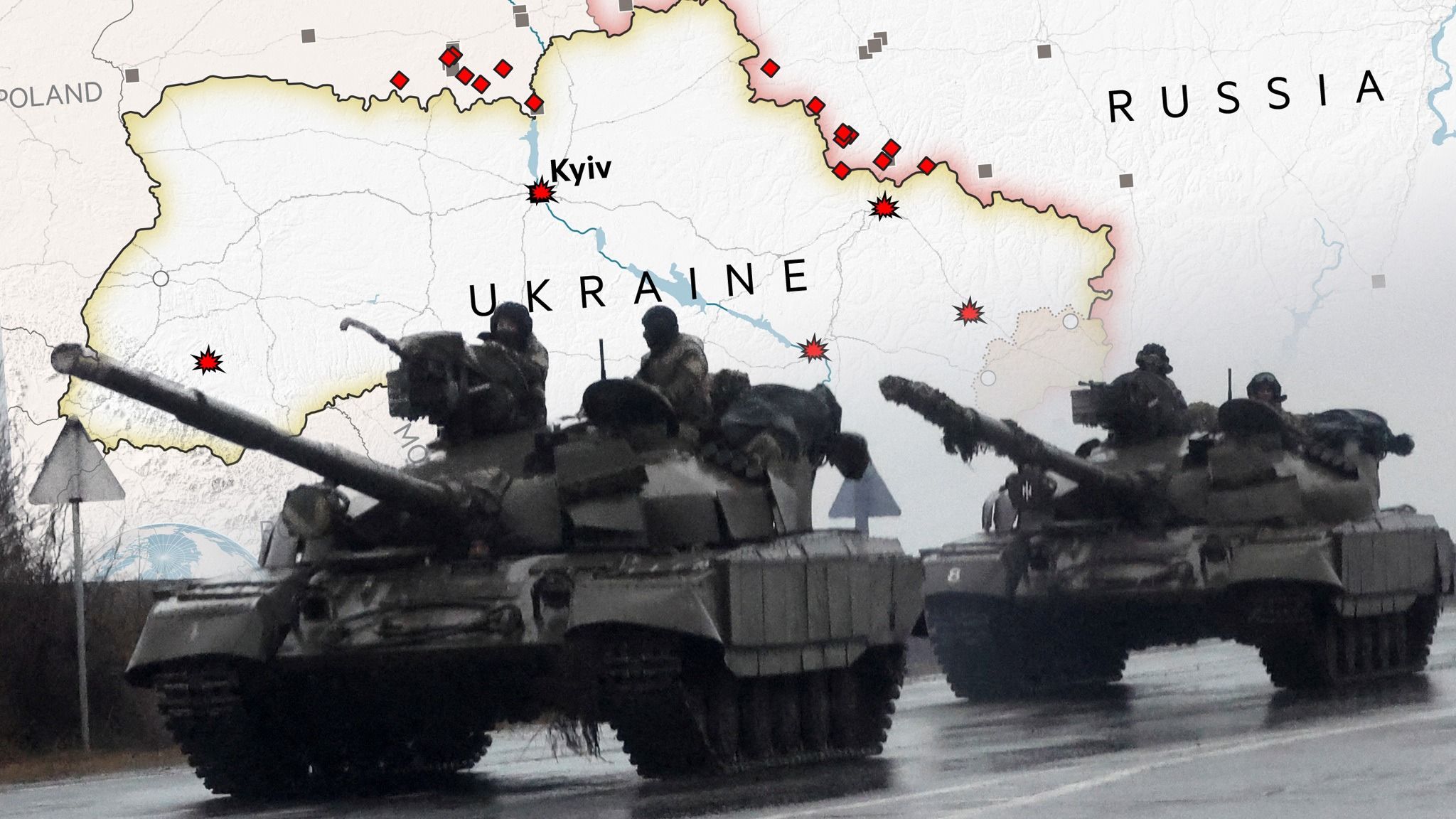 In terms of the global economy, the war's fuel and food shortages are escalating post-pandemic inflation, which in the majority of the world had already risen to multi-decade highs. Given that academic macroeconomists continue to be perplexed by the ultralow inflation of the 2010s, it would be an exaggeration to suggest that the causes are widely recognized. But it's clear what the primary factors are. First, enormous macroeconomic support during peacetime was slowly phased out by governments and central banks. Record early stimulus undoubtedly played a significant role in cushioning the pandemic's initial stages, but with the unexpectedly fast bounce in advanced economies and several emerging markets, it occasionally lingered too long and turned out to be excessive. The combination of a $900 billion fiscal stimulus at the end of 2020 and a $1.7 trillion plan in March 2021, in particular, proved to be too late.

Disruptions in the supply chain have also been a significant cause of inflation, although some of the pressure on the supply should really be attributed to the unexpected increase in demand. More than half of major economies, including the US and the euro area, had inflation rates over 5% even before hostilities began, thus the war aggravated an already challenging position. Prior to the conflict, Russia and Ukraine exported 25% of the world's wheat, and Russia is a significant source of fossil fuels, particularly to Europe. Price increases are being caused by disruptions in these commodities' suppliers. 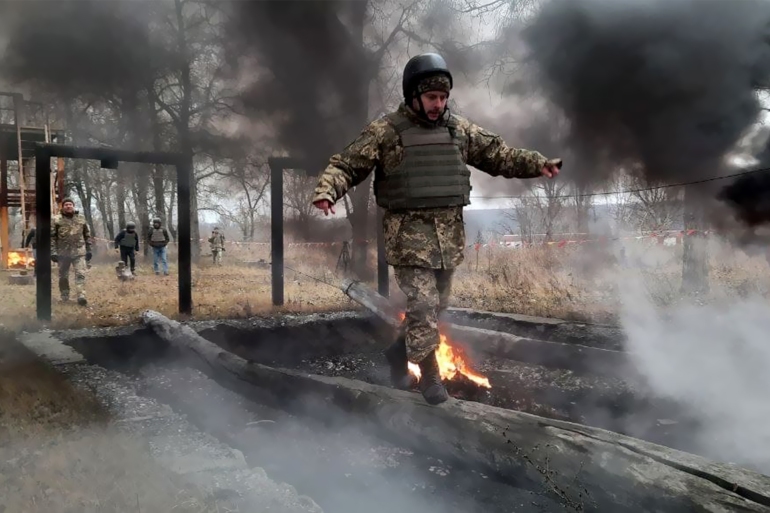 A crucial question is how much and for how long central banks will have to increase interest rates. Officials of the Federal Reserve anticipate raising the federal funds rate from near zero in January to 2.75 percent. The Fed anticipates a swift reduction in the size of its enormous balance sheet in addition to the 0.25 percent increase that was already implemented in March. The markets appear to be very confident that the combined effects of these steps will be sufficient and that the overheated economy will experience a gentle landing. Notably, five-year forward inflation estimates were slightly under 2.4 percent as of the first week of April, which was the same as early February 2018 and over 0.5 percentage points lower than a decade earlier. Furthermore, the market anticipates that the interest rate increases will only last a short while before the Treasury yield curve "inverts," making short rates higher than long rates.

However, this upbeat outlook significantly understates the danger that persistently high inflation may have a disruptive effect. Indeed, despite tight labor markets, wage growth still lags inflation in many nations, demonstrating that central banks' credibility is still strong outside of financial markets. However, as long as there is high inflation, there is a serious risk that the credibility of the central bank would decline, and it might be challenging to put the inflation genie back in the bottle. 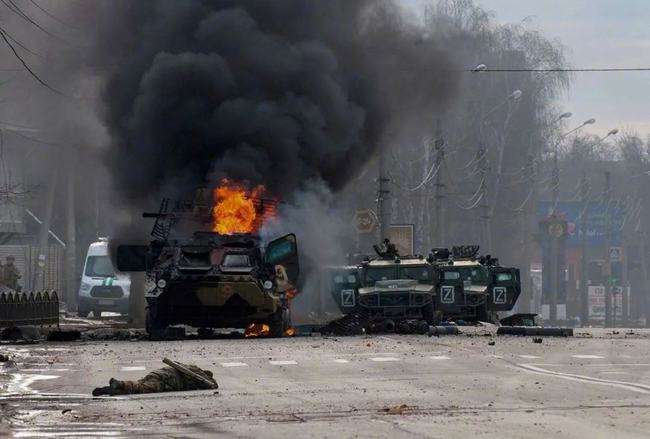 The risk of losing their inflation anchor is something central bankers are very conscious of, but they equally need to be concerned about starting a severe recession. Another issue is that public and private debt levels are much greater now than they were in the 1980s, when advanced economies went through their previous tightening cycle. A sharp monetary tightening could upset debt dynamics, which have, on the whole, been benign for the past 10 years.

When compared to stimulus initiatives from the epidemic era, the short-term fiscal policy effects of the Ukraine war on industrialized economies are fairly muted. The cumulative long-term impacts of a declining peace dividend, however, might be more significant than most governments have previously recognized. For instance, Europe might wind up increasing defense spending by at least 1% of GDP annually. If it occurs, the costs that result will probably be more than even the ambitious NextGenerationEU stimulus package of €807 billion during the pandemic. And it does not include the potential €100 billion or more in future contributions from Europe toward the reconstruction of Ukraine. 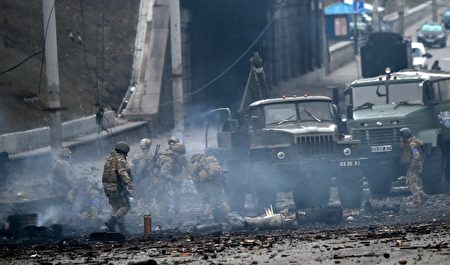 The United States has been able to reduce its military spending by 3% of GDP since the collapse of the Berlin Wall in 1989, which is more than enough to pay all current government spending on nondefense consumption and investment. It is safe to assume that during the next few years, the United States will end up increasing military spending by a similar level to Europe. The Biden administration's initial goal of further moving military spending to social programs is already on pause. While this is happening, many other nations are reassessing their defense requirements in light of the chaotic US withdrawal from Afghanistan and the horrifying display of war in Ukraine.

Since the invasion of Ukraine, the dangers of deglobalization have also significantly increased. Making supply chains more resilient and attempting to rely less on imports for necessities of public health, such as the production of vaccines and antibiotics, not to mention semiconductors that are the cornerstone of the digital economy, were topics of much discussion even before the pandemic started. Supply disruptions are still rising as a result of Asia's abandonment of zero-COVID policy, giving us a preview of what interim deglobalization can entail.

Russia will undoubtedly experience prolonged isolation, but the major blow to globalization will come from a decline in trade between developed economies and China, which is regrettably plausible in some scenarios. It seems unlikely that a significant realignment of the world economy would promote geopolitical stability. Political economists have maintained since Montesquieu that nations that trade with one another are less likely to engage in conflict, with the key current variation being that indirect trade through shared partners and networks also helps. 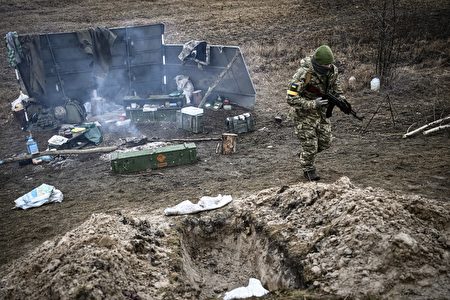 Deglobalization would undoubtedly have a profoundly detrimental immediate impact on the global economy. Less is known about whether long-term impacts might be just as severe. Surprisingly (to me), the extensive trade literature on this subject produces low figures. Canonical quantitative trade models predict that China's GDP may have decreased by 3–4 percent and the United States' GDP by roughly 2–3 percent. The starting points for financial globalization are also modest.

Importantly, these educated projections rely on a variety of presumptions, such as how readily nations may trade with other nations or replace imported commodities with indigenous ones. Additionally, the costs may be much higher to the extent that trade deglobalization results in higher markups by regional monopoly suppliers and less "creative destruction" in the economy. Additionally, globalization may have beneficial benefits on a nation's institutional development as well as dynamic consequences that current models can not account for. Deglobalization's consequences are also likely to hit certain sectors far worse than others, which can in turn compound the overall effects, just as globalization can have significant losers even while the winners reap much greater benefits.

Returning to the topic of inflation, there is a compelling argument that globalization is the key factor that made reducing inflation so much easier in the 1990s and 2000s. As a result, deglobalization might easily worsen upward inflation pressures for a prolonged period of time. Charles Goodhart and Manoj Pradhan have made a compelling case that unfavorable demographic trends in east Asia and eastern Europe would continue to exacerbate global price pressures, much like how China's development has acted as a disinflationary driver. In my 2003 Jackson Hole conference presentation, "Globalization and Global Disinflation," I advanced a similar claim, arguing that while the emergence of central bank independence had a role in the decrease of inflation in the 1980s and 1990s, it cannot be given exclusive credit. 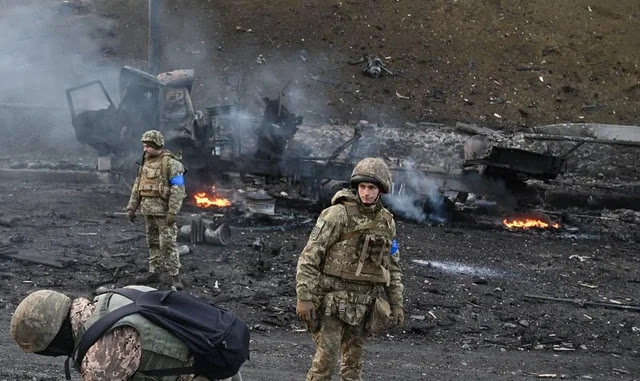 Perhaps the most important macroeconomic lesson today is that in crafting responses to the latest major macroeconomic shock, whether it be the financial crisis, the pandemic, or now war in Europe, policymakers (not to mention academic economists) must remember that although things usually get better after a catastrophic shock, they can also get much worse. Thus monetary and fiscal policy need to incorporate resilience, and not just the maximalism that has become fashionable of late. 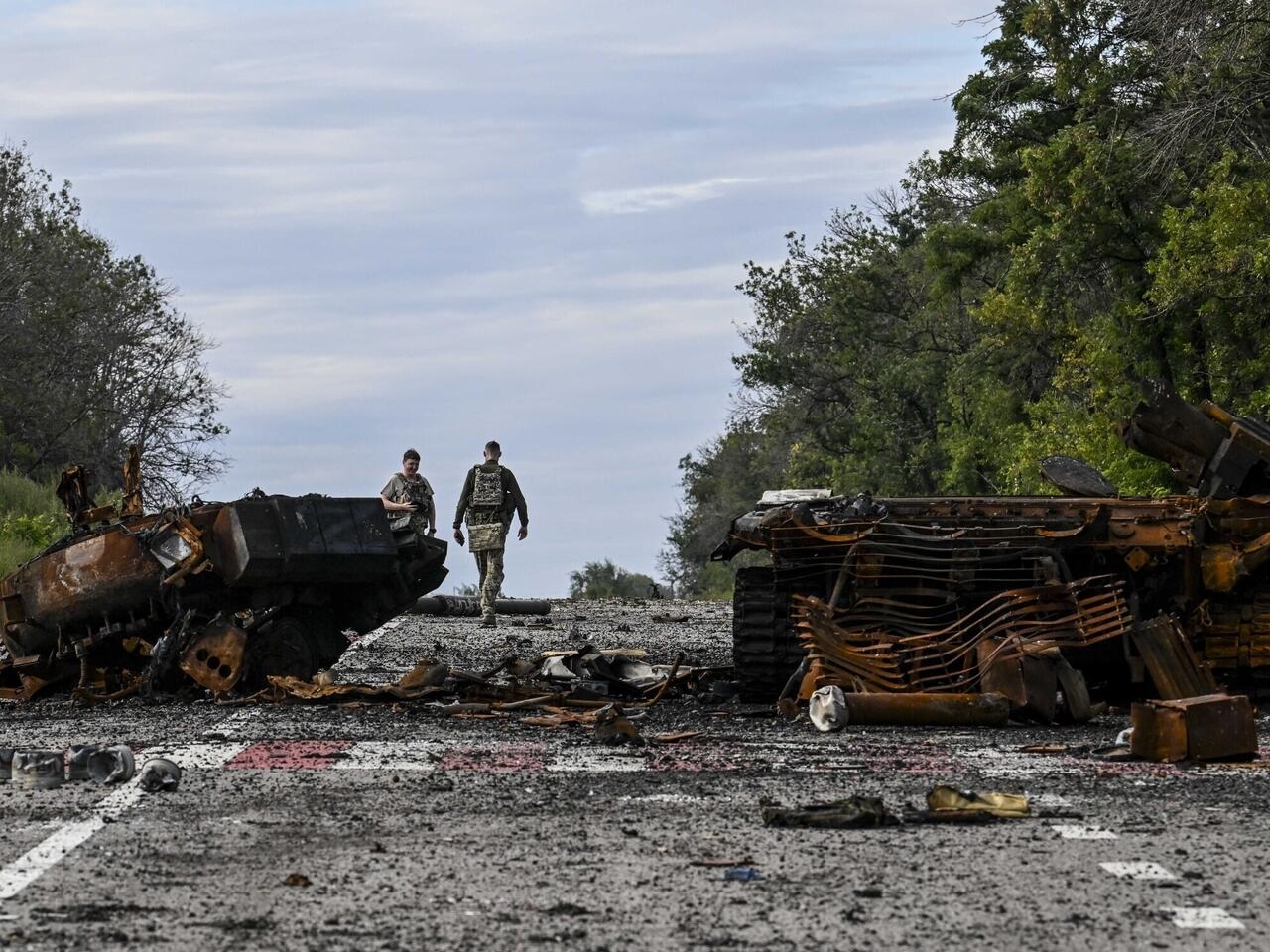