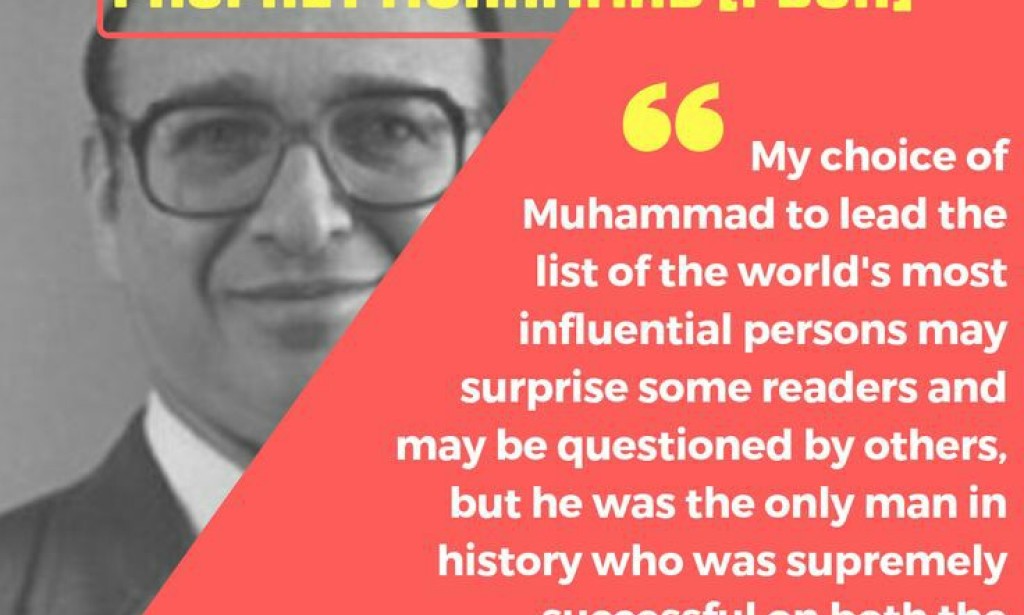 The Man Who Lead The Seen & Unseen Army

*The Man Who Lead The Seen & Unseen Army*

Talking about a leader,

Who & What is a leader? This word contains a key word “lead” which means “to show the way”. It is a quality of a person who can take people forward with a view to achieve a common goal, like a commander in chief of Army Forces. A leader must need to be so high in different qualities such as confidence, honesty, communication skills, empathy, optimism, encouraging, intuition, acting as a role model and so on. For Muslims (also in history), no one has ever come closer to Prophet Muhammad (PBUH) in having those qualities and beyond that, we Muslims consider Muhammad S.A.W as the greatest leader. Allah SWT has regarded Him (PBUH) in the Holy Quran in these words.

The character and conduct of the prophet Muhammad (SAW) is so high that as I said, my mouth will fail each time in each try. Started Being an honest businessman, to getting the proposal from the woman he was working for. Just because of his honesty, skills & qualities. Prophet Muhammad SAW was well known already as the SADIQ the AMEEN in the whole mecca. Till today, the book of Michael Hart is in everyone's head because of his choice to put Prophet Muhammad SAW on NO.1 in his "The Most Influential Persons In History".

"My choice of Muhammad SAW to lead the list of most influential persons may surprise some readers and may be questioned by others, but he was the only man in the history who was supremely successful on both the secular & religious side level."

This is enough to see that any person with an intellect and authentic knowledge will know who was PROPHET MUHAMMAD SAW.

I defined already what a leader means. But a leader doesn't always just mean to lead an army or a company etc, No. The One who teach you the right and wrong, things to do & don't is also your leader. Prophet Muhammad SAW was also the same. As Micheal mentioned he was successful in secular and religious level. Prophet Muhammad not only lead wars, but he also lead peoples to righteousness. He lead men on how to be the best example for their family. He lead women on how to achieve respect, dignity & honour in this world. And I have many things to say onto you, but there's time problem and also I lack knowledge. But I have his few words:

"The Prophet Muhammad SAW (S) stated: 'Whoever is more well-behaved is more complete in his faith. The best among you (the people) is one who does good to his family'."'

How he raised women in every way;

The Prophet (peace be upon him) was once asked,“O Messenger of Allah, who among people is most deserving of my good treatment?” He said, “Your mother.” The man asked twice more, “Then who?”and was given the same response. Only until the fourth time did the Prophet respond, “Then your father.” Reward is not only given to the good and kind treatment towards mothers. In fact, Islam has designated a special reward for raising daughters that is not granted for raising sons.

The Prophet Muhammad (peace be upon him) also said,“Whoever Allah has given two daughters and is kind towards them, they will be a reason for him entering Paradise.”

In the time of ignorance when females were nothing but a burden this man came with women's rights of equality over 1400 years old, that Western world just started yesterday in 1930s.

Enough to prove his leadership to be excellent for people.

The so called leaders of today no matter in politics, war or what have you -- They know how sit back and order. But the prophet Muhammad SAW was not like them. Whenever this man went on war he fought infront. Infact there's a historical incident hear me out;

Abu Sufyan b. Harith was leading his mule. So he (Muhammad) got down, prayed and invoked God's help. He said: I am the Prophet. This is no untruth. I am the son of Abd al-Muttalib. O God, descend Thy help. Bara' continued: When the battle grew fierce. we, by God. would seek protection by his side, and the bravest among us was he who confronted the onslaught and it was the Holy Prophet (may peace be upon him).

Also Prophet Muhammad used to listen to everyone's advise, unlike today's leaders who knows how to order but don't know how to respect the one who is fighting with you, for you.

"I never saw anyone consult his companions more often than the Messenger of Allah." (Ahmed)

Prophet Muhammad (peace be upon him) consulted his companions even regarding personal issues, like what happened when the news of the slander against his wife Aisha spread in Madinah.

"O people, give me your opinion regarding those people who made a forged story against my wife..." (Al-Bukhari)

So we know with these incidents that the prophet Muhammad was not only the man fighting in front but also the man with open heart & mind.

There's a famous saying "All Is Fair In Love & War" but Prophet Muhammad SAW denied it. Pick up the history books and see how much of destruction & chaos war has created on the globe. This man? No. He was a gifted man; he knew things we still don't. He settled the rules before fighting and some of the rules are as follows;

"Stop, O people, that I may give you ten rules for your guidance in the battlefield. Do not commit treachery or deviate from the right path. You must not mutilate dead bodies. Neither kill a child, nor a woman. nor an aged man. Bring no harm to the trees, nor burn them with fire, especially those which are fruitful. Slay not ary of the enemy's flock. save for your food. You are likely to pass by people who have devoted their lives to monastic services; leave them alone"

Imagine yourself fighting and taking care that you don't have to harm trees and the childs, but this man? No. He strictly sat the rules, his army must follow.

We have heard our current prime minister uttering statements of "BUILDING THIS COUNTRY ON THE RULES OF MADINA" but do we know the rules? Or who sat those rules? Yes. It was Muhammad SAW who sat the rules. And the rules are so much that this whole day might pass, but let's give some light on few.

*They shall practice their religion as freely as the Muslims.

*“These genealogies of yours are not a reason to revile anyone. You are all children of Adam. No one has any superiority over another except in religion and taqwa(godliness).” - Prophet Muhammad

And many more to go, but I rest here.

One of the main reasons why the golden age of Islam was one of peace and security was the Prophet’s just attitude, itself a reflection of Qur’anic morality.

The justice of the Prophet (peace and blessings be upon him) also awoke feelings of confidence in non-Muslims, and many, including polytheists, asked to be taken under his protection.

I end my talk here by saying "WA MAA ARSALNA KA ILLA! RAHMATALIL AAL'AMEEN" this man was sent as a mercy upon the whole of the mankind. His Words are so powerful that any one with intellect must go in deep. The Prophet (peace and blessings be upon him) abided by Allah’s commands, even with such difficult people, and never made any concessions in his implementation of justice. He became an example for all times with the words [My Lord has commanded justice] (Al-A`raf 8:29). With that being said, Thank You for listening to me. May Allah reward us & may he grant us a deeper understanding. *End*.