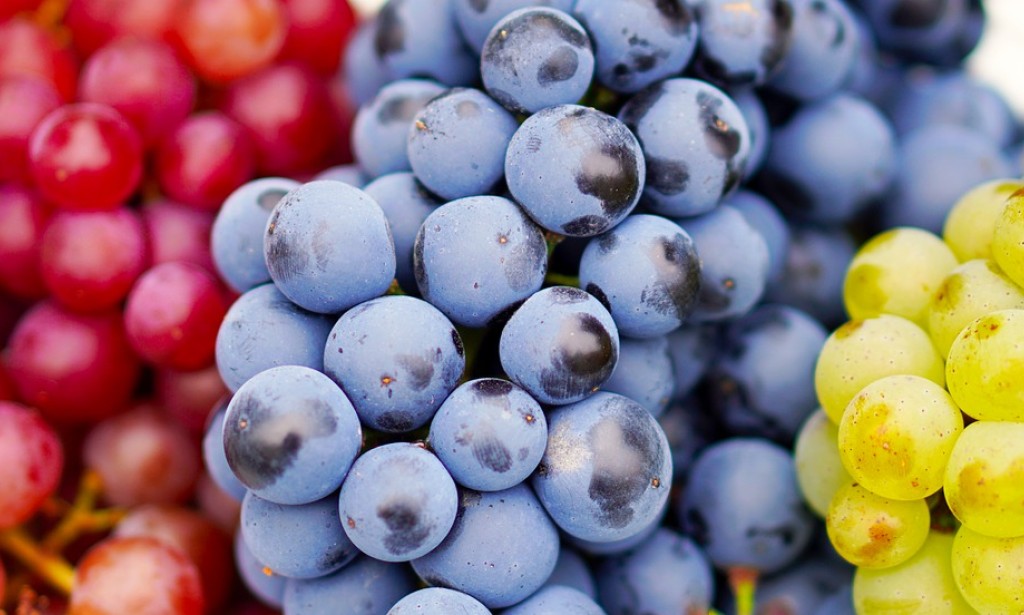 A study revealed eating grapes lowers cholesterol levels which can help prevent heart attacks and strokes. Researchers in California gave participants 46 grams of whole grape powder per day, the equivalent of two servings of grapes. As a result, consuming grapes significantly increased the diversity of bacteria in the gut, which are thought to be important for a strong immune system, the experts found. In addition, eating grapes significantly lowers cholesterol levels, a fat-like substance in our blood that can clog arteries and lead to heart disease. Eating grapes was also found to reduce levels of bile acids, which play an integral role in the metabolism, or processing, of cholesterol. It has long been known that grapes and other fruits like apples contain antioxidants called polyphenols, organic compounds naturally present in plants that keep blood vessels healthy and flexible for good circulation. Polyphenols and other 'phytochemicals' can also reduce and help control blood sugar levels and blood pressure levels, and reduce chronic inflammation, another risk factor for heart disease. The new study was led by Zhaoping Li, a nutritionist and professor of medicine at the University of California, Los Angeles, and published in the journal Nutrients.

'We found that grapes have a beneficial effect on gut bacteria, which is great news, as a healthy gut is essential for good health,' Professor Li said.

For the next four weeks, they were given 46 grams of grape powder per day for four weeks, while continuing to eat a diet low in fiber and polyphenols. Stool and urine samples were collected before and at the end of the grape powder supplementation period. After four weeks of grape consumption, there was an increase in microbial diversity as measured by the Shannon index, a tool commonly used to measure species diversity. Among the increased beneficial bacteria is Akkermansia, a bacterium of great interest due to its beneficial effects on glucose and lipid metabolism, as well as on the integrity of the intestinal lining. In addition, a decrease in blood cholesterol was observed including total cholesterol by 6.1 percent and LDL cholesterol (low-density lipoprotein) by 5.9 percent. Bile acids, steroids associated with cholesterol metabolism – decreased by 40.9 percent, they found.

The findings point to a promising new role for grapes in gut health and amplify the benefits of grapes on heart health, according to the team. Previous research has suggested a link between consuming grapes in various forms, including red wine, and heart benefits. Earlier this year, researchers in Germany and Northern Ireland found three 125ml glasses of red wine per week lowered blood pressure. According to the team, other types of phytochemicals called nutritional flavonoids are abundant in fruits, vegetables, teas and other plant foods – appearing to have a positive effect on blood pressure levels. Flavonoids are broken down by the trillions of microorganism communities in our gut, known as the microbiota. Back in 2010, University of Michigan researchers studied the effects of regular table grapes (a mixture of green, red and black grapes) being mixed into a powder form and integrated into the diets of laboratory mice as part of a high-fat, American-style diet. After three months, mice that received a grape-fortified diet had lower blood pressure, better heart function, and reduced indicators of inflammation in the heart and blood than mice that did not receive grape powder.