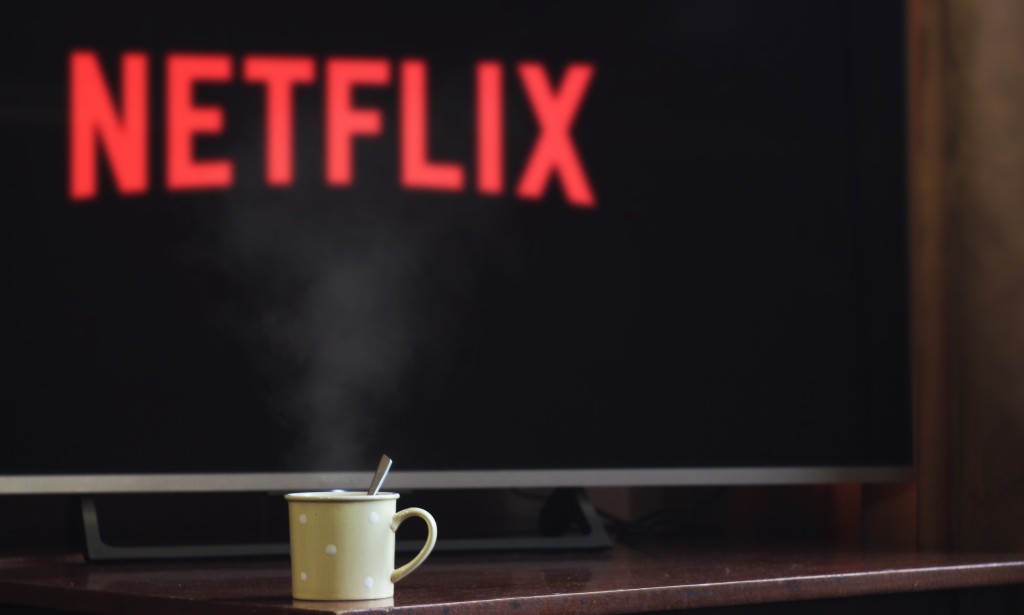 Whether you’re looking for something to watch on your next long flight or trying to figure out how to spend that rainy Sunday afternoon, Netflix has something that will tickle your fancy. Whether you’re into drama, comedy, crime or anything in between, there are plenty of web series on Netflix that you should give a chance. Here are the top 10 best web series on Netflix right now

The top spot for best web series on Netflix right now is undoubtedly the phenomenal Stranger Things. The show has been captivating audiences since its debut in 2016, and with its three seasons available on Netflix, it's easy to see why it's so beloved. Season 1 follows a group of kids in a small town who discover the dark secrets of their town after the mysterious disappearance of their friend, Will. Season 2 brings new horrors as the gang battles the dangerous Demogorgon and other monstrous creatures from the Upside Down. Season 3 amps up the action and introduces new characters as the gang battles the powerful Russians and fights for the fate of Hawkins, Indiana. With its eerie atmosphere, great storytelling, and lovable characters, Stranger Things is truly one of the best shows on Netflix right now and is a must watch for any fan of science fiction and fantasy. So grab some Eggo waffles and settle in for some classic Stranger Things binging!

If you’re looking for a hilarious and heartwarming show to watch, then look no further than GLOW on Netflix. This series is about a ragtag group of women from all walks of life who come together to form a wrestling league in the ‘80s. The series is full of vibrant characters that you will quickly fall in love with and plenty of laughs. The show also has a strong feminist message that celebrates female strength and camaraderie. GLOW is truly one of the best shows on Netflix and should not be missed!

13 Reasons Why is undoubtedly one of the Best on Netflix series available right now. It is an incredibly powerful and thought-provoking show that has captured the attention of viewers everywhere. The series follows high school student Clay Jensen as he listens to a set of tapes left by his late classmate Hannah Baker, which reveals the 13 reasons why she committed suicide. Each episode focuses on different characters and the events that led to Hannah's death, leading to some hard-hitting topics that many viewers can relate to. With great performances from the cast, 13 Reasons Why is a must watch for any fan of TV series.

If you're looking for the best webseries on Netflix right now, you should definitely check out BoJack Horseman. This darkly comic animated show follows the story of a washed up celebrity horse, BoJack (voiced by Will Arnett), as he struggles to find his place in the world. BoJack is accompanied by his human roommate Todd, the anthropomorphic cat Princess Carolyn, and the lovable Mr. Peanutbutter, among others.

The show has been hailed for its deep storytelling, its wit and humor, and its emotional depth. It has received widespread critical acclaim, including being nominated for six Primetime Emmy Awards. As one of the bestonNetflix series, BoJack Horseman offers an unflinching look at how depression and addiction can damage lives, while also providing a unique and hilarious take on the entertainment industry. Whether you're a fan of animation, comedy, or drama, BoJack Horseman is worth checking out.

5) Orange is the New Black

Orange is the New Black is one of the best webseries on Netflix right now. The show follows Piper Chapman, a woman in her thirties living in New York City who is sentenced to fifteen months in prison after being convicted of a decade-old crime of transporting money for her drug-dealing girlfriend. With its powerful themes, engaging story arcs and stellar cast, it's no surprise that Orange is the New Black has become a favorite among viewers.

The show tackles complex topics like race, gender, and socio-economic issues in America through the eyes of its diverse ensemble cast. Orange is the New Black provides a unique and insightful perspective on prison life and the struggles inmates face in their attempt to build a better life for themselves.

It’s hard to find a webseries as captivating as Orange is the New Black on Netflix right now. With its thought-provoking storylines and humor, it’s easily one of the BestonNetflix series you can watch. It is definitely worth your time!

If you’re looking for some of the bestonNetflix webseries, then Master of None is definitely worth checking out. It stars Aziz Ansari, who is a comedian and actor who created, wrote and directed this show himself. The series follows Dev, a 30-year-old actor living in New York City, and his journey through the world of dating, career, and friendships. Each episode features a different story that focuses on one of Dev’s experiences, and it’s incredibly relatable for anyone going through the same struggles. The show has received critical acclaim and earned many awards and nominations, so it’s definitely worth watching. If you’re looking for an honest portrayal of life, then Master of None is your best bet.

Big Mouth is a popular adult animated series that is currently streaming on Netflix. It follows the story of a group of teenage friends as they navigate the confusing and awkward journey of puberty. The series features an eclectic cast of characters, all voiced by prominent comedians and actors including John Mulaney, Nick Kroll, Maya Rudolph, and Jordan Peele.

Big Mouth has become one of Netflix’s most acclaimed original series, garnering numerous awards and critical acclaim for its unique mix of comedy and drama. With its expertly written dialogue and deep exploration of puberty-related issues, Big Mouth continues to captivate viewers with its surprisingly real take on teenage life.

The show has been praised for its in-depth exploration of topics such as gender identity, mental health, body image, and sexuality. It also features some brilliant musical numbers and hilarious visual gags that make the show even more enjoyable.

If you are looking for something fun, entertaining, and thought-provoking to watch on Netflix, then Big Mouth is definitely worth a watch. It is sure to keep you entertained with its unique blend of wit, heart, and humor.

If you’re looking for a unique and hilarious comedy to binge watch on Netflix, Unbreakable Kimmy Schmidt is the show for you. Created by Tina Fey, this show follows the life of Kimmy Schmidt as she adjusts to living in New York City after being rescued from an underground cult. Along with her friends Titus, Jacqueline, and Lillian, Kimmy learns how to navigate city life and all its complexities.

The show’s light-hearted and irreverent tone makes it a great choice for anyone looking to escape into a laugh-filled world for a few hours. With plenty of zany characters and witty jokes, Unbreakable Kimmy Schmidt is sure to brighten up your day. So if you’re looking for an easy, fun comedy to binge watch on Netflix, Unbreakable Kimmy Schmidt is an excellent choice.

If you're looking for a compelling show that has it all—action, suspense, and plenty of unexpected twists and turns—look no further than Jessica Jones. This Netflix original series follows the story of the titular Jessica Jones, a former superhero who now runs her own detective agency in New York City.

Jessica's investigation leads her to dangerous places, forcing her to confront some of the dark secrets from her past. Her mission is to stop those who would use their powers to hurt the innocent, while learning to come to terms with her own gifts. With its gritty action, well-crafted plotlines, and captivating characters, Jessica Jones is one of the most entertaining shows on Netflix right now.

The series also features a remarkable performance by Krysten Ritter as Jessica, as well as strong supporting characters like Trish Walker (Rachael Taylor) and Jeri Hogarth (Carrie-Anne Moss). The dialogue is crisp, the cinematography is top-notch, and the storylines are both thrilling and thought-provoking. If you’re looking for a gripping drama with plenty of surprises, Jessica Jones is definitely worth checking out.

The Crown is a British historical drama series created and written by Peter Morgan. The show is based on the life of Queen Elizabeth II, from her marriage in 1947 to present day. It follows the Queen's reign as she navigates the political and personal challenges of leading a monarchy in a rapidly changing world.

The Crown has won several awards, including Outstanding Drama Series at the 2019 Emmy Awards and Best Television Series at the 2019 Golden Globe Awards. The series is one of Netflix’s most-watched shows, with a loyal fan base that continues to grow.

The Crown is full of riveting drama and excellent performances. Its attention to detail makes it an immersive experience, and its complex themes make it relatable for viewers of all ages. If you’re looking for a gripping series to watch on Netflix, The Crown should be at the top of your list.