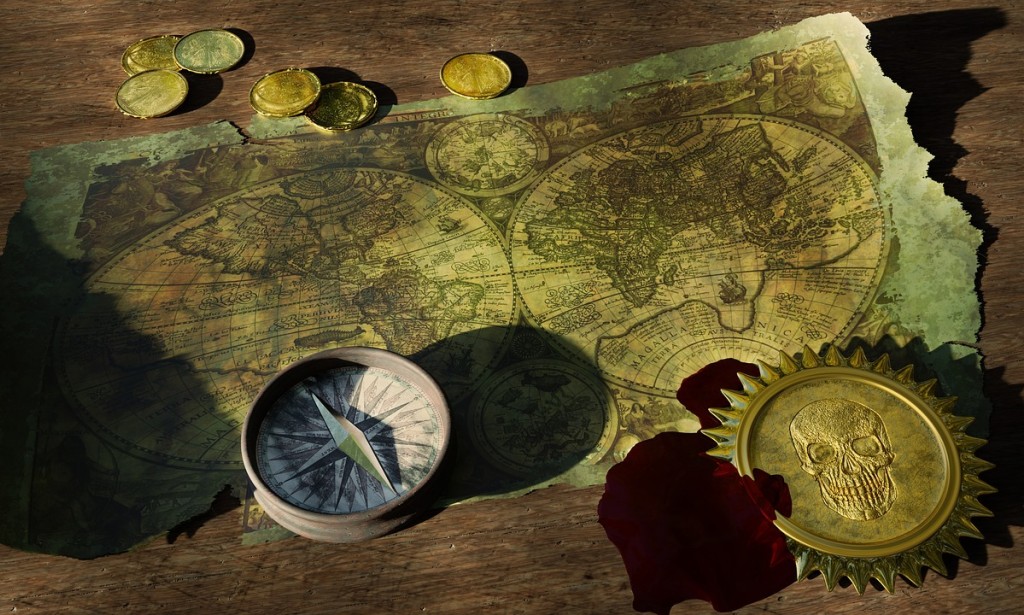 The most valuable and coveted lost treasures of antiquity

It is no mystery to anyone that our planet hides a myriad of secrets and curious enigmas that have yet to be solved.

Within this wide range of hidden things there are stories about ghosts, famous missing and seemingly fantastic ships, to legendary hidden treasures, which are not simple pirate stories as it might seem, on the contrary, they are unfinished facts of real life.

In this sense, there have been many brave personalities who have embarked on the adventure of trying to find any of the great treasures hidden all over the planet. Below, you can read an account of the most outstanding of these wonders:

The great Mexican treasure of the sad night

The location of the treasure is none other than Tenochtitlán, one of the territories that form part of Mexico. Scholars believe that the legend originated in the late 1520s.

At that time the aforementioned settlement of the new world was in the power of Hernán Cortés, who ruled it in a rather ruthless and cruel manner. For this reason the residents decided to hide all their possessions and other riches in a place beyond the reach of this tyrant, a hiding place where no one would even think of looking for such things, and so they chose a dry place in the process.

This was a nearby basin that they had known from time immemorial. Fortunately, after a long list of search expeditions, the whereabouts of the hidden treasure of Tenochtitlán were never found.

The treasure of Lima

We now move to the land of Costa Rica, specifically to the "Cocos Islands", where it has long been said that an enormous treasure trove of priceless jewels, precious stones of all kinds, glamorous royal crowns, as well as ingots of such important metals as silver and gold, lies.

In this regard, the story of how all these wonderful things got there tells that in the early 1820's, a guy known as William Thompson, was in charge of collecting this great treasure in the city of Lima, to later bring it to Mexican lands.

Apparently, the intentions of this official were different from the orders he had received, so he set out to hide the treasure on a very remote island. Several people tried to find the treasure, including Franklin Roosevelt, the former president of the United States, who devoted considerable time and effort to an exhaustive investigation with several acquaintances, but in the end it was all in vain.

It was 1863 in the United States when John Singleton Mosby, a prominent colonel and active member of the army at the time, and his men successfully carried out a raid on General Edwin Stoughton's barracks, taking with them a large amount of loot and, at the same time, the most valuable possessions of the Virginias, one of the most renowned families in this North American country.

Colonel Mosby immediately realised the greatness of his recent war booty, and immediately entrusted it to the person closest to him at the time, said to be one of his sentries, so that the valuable booty would be safe from unscrupulous hands.

That trustworthy sentry was able to carry out the mission so well that to this day no one has ever been able to find any trace of the treasure.

The protagonist of this story was a ship of Spanish origin, whose mission was to transport various articles of regular use from the European continent to the coasts of America.

While it was preparing to make one of its numerous journeys across the sea, on 6 September 1622, it was unlucky enough to be hit by a powerful hurricane on its way to the Keys, Florida, which ended up making it irretrievably wrecked, taking all its cargo with it.

In 1985, the American researcher Mel Fisher, after a great search effort, managed to find some of the riches that were once part of the treasure, although the rest of the treasure is still missing.

The Treasure of Lake Guatavita

It is closely related to a sacred lake located in Colombia. At the beginning of the 16th century, the indigenous people of this South American country performed rituals on the lake water, in which the chief of their tribe took a special part. Accordingly, they used to throw gold into the lake and then proceeded to bathe without wearing any clothes.

Connoisseurs of the legend claim that there is an enormous amount of gold and even emeralds there. In 1580, a wealthy merchant by the name of Juan Sepúlveda organized an exhaustive search, employing 5,000 men with the idea of making an expedition, after which they dug nearby until they caused a landslide that frustrated their plans. From then on, people stopped searching the sacred grounds.

Blackbeard is undoubtedly considered one of the most fearsome and brutal pirates of all time. He used to raid other ships with pirate crews, as well as violently plundering various settlements.

Many of the treasures accumulated by Blackbeard are said to be scattered along the coasts of North Carolina. It is also said that the pirate hid them there because he wanted to be close to them, as this was an area he visited regularly. Some people went to great lengths to find some trace of the treasure, but unfortunately they were never able to find it.

It is estimated that during the 1930s, after fierce raids, Hitler managed to seize several properties belonging to wealthy families.

In total, it is estimated that the German dictator's accumulated haul consisted of around 750,000 pieces of art, as well as various pieces of jewellery worth several million dollars.

Many experts in the field say that much of this bourgeois treasure was destroyed by flames and some of the other trinkets ended up at the bottom of a lake called Toplitz, which is located in the Austrian mountains. Only a few people have ventured in search of these lost riches and failed in their attempts.

The treasure of the Confederate Army

After a struggle that spanned several decades, this fierce armed corps, which claimed to fight for the defence of American ideals and principles, was in complete and irretrievable decline by the end of 1865.

Nevertheless, it is an undisputed fact that its existence was sustained for a longer time than previously thought.

After destroying some of their naval units and disbanding all of their infantry, the Confederates set about hiding many of their treasures from view on several islands in Georgia. These treasures are currently valued at around $150,000 and have yet to be found.

The Treasure of the Apache Indians

In the early 1840s, the Apache Indians then inhabiting an island in West Texas were attacked by a large group of outlaws. The outlaws took many of their possessions, but were unable to take the rest.

The wily Indians hid many gold and silver coins inside a furnace located on a mountain known as Winchester in Arizona. Many searches were made over the years, but in the end none of the Apache treasure was found.

The Treasure of the ship Antilla

It was part of the naval fleet in the service of Nazi Germany. So in late March 1940, it was heavily engaged in combat against one of the largest Dutch armies, while cruising along the Caribbean coast.

The captain of the Antilla did not give up, but his determination was not enough to fight to the death. He lost his life without being directly involved in the fighting, as he decided to blow the ship to pieces.

It was carrying great treasures, which now lie in the depths of the sea.