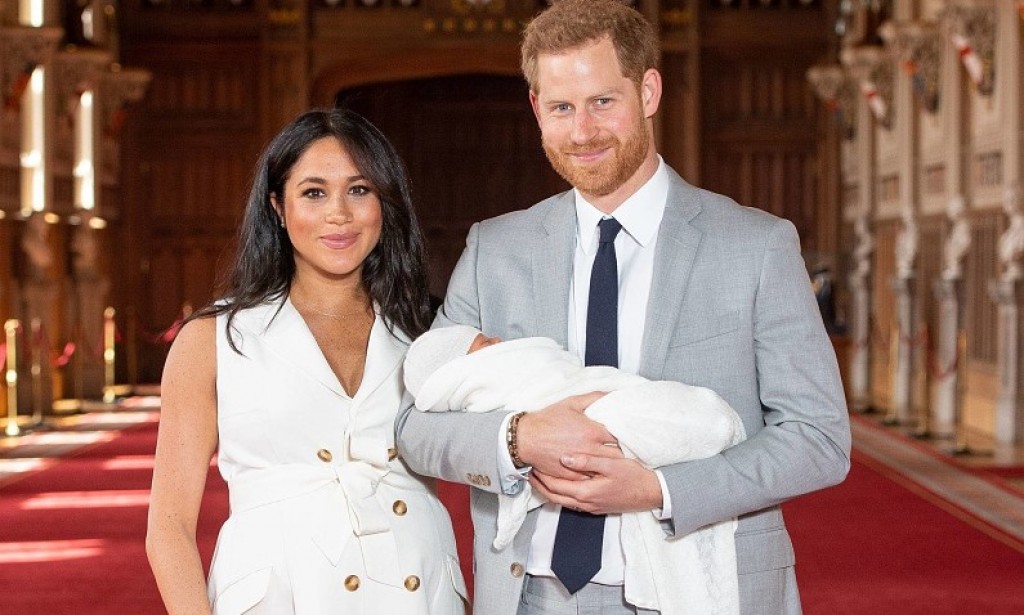 They didn't care about traditions: Meghan Markle and Prince Harry secretly baptized their daughter in the USA

This summer, Meghan Markle and her husband Prince Harry became parents for the second time. The Duchess of Sussex gave birth to a daughter at one of Santa Barbara's clinics, where her family has been living for some time. The girl was named Lilibet Diana Mountbatten-Windsor.

It was planned that the child would be baptized in the UK - just as it was with their firstborn, the boy Archie. However, already in the fall, insiders assured that there could be no christening in Prince Harry's homeland, and the girl's mother herself simply would not allow relatives to even look at her heiress.

"There will be no christening in the UK. That's definitely not going to happen." Another actually confirmed the words of the first, noting that the probability of Lilibet's baptism in the UK is "extremely small," says an approximate member of the British royal family.

Photo #1 - They didn't care about traditions: Meghan Markle and Prince Harry secretly baptized their daughter in the USA

Meghan Markle and Prince Harry with their son Archie

It is known that the Sussex decided to hold a baptism ceremony away from prying eyes. The secret ceremony was held recently in the Episcopal Church in the USA, which is part of the Anglican Communion of Churches.

However, if the couple still wants their child to have the right to the throne, then they will have to re-baptize in London. At the same time, this is only one of the conditions that the spouses will have to fulfill…

This is also important for the reason that every newborn member of the royal family is obliged to become a participant in an interesting tradition: the child is dressed in a christening shirt, which is an exact copy of the one that was sewn in 1841 for the firstborn of Queen Victoria herself. It was also worn by Prince William's children - Prince George, Princess Charlotte and Prince Louis in July 2018.

Interestingly, Meghan and Harry themselves have not yet officially confirmed the information about the secret ceremony. The couple practically does not talk about their children, preferring to hide any details until the last. For example, my daughter was born back in June, but there is still practically no picture of her parents with the baby.

"People from the environment say that they haven't decided anything yet, but I wouldn't take it at face value. I am sure they will announce that the event has already happened, and that will be all you will know about it… But will we find out who became her godparents? Everyone remembers that when Archie was christened, Harry and Meghan didn't tell anyone who became the boy's godparents," royal expert Russell Myers said in a recent interview.

On January 8, 2020, Harry and Meghan announced that they intend to resign from their royal duties in order to focus on their family

Several royal experts at once suggested that Meghan and Harry had deliberately created an intrigue around the christening of their second child. It is likely that such a well-planned PR campaign is only part of their plan to increase popularity

It's no secret that respect and interest in the couple has been falling rapidly lately. 2020 was the year of the "Megzit" and literally all the tabloids were thundering with news about the wayward Sussex. They publicly spoke about the humiliations, stereotypes, racism and abuse in the palace, resigned their royal powers and renounced their titles and moved to Los Angeles. And, if at first the public unequivocally sided with the offended couple, now fans of the British Crown are trusting the fugitives less and less every day.

Prince Harry in all his recent interviews tells how grateful he is for meeting Meghan. She became the first person he could confide in and tell about all his problems.