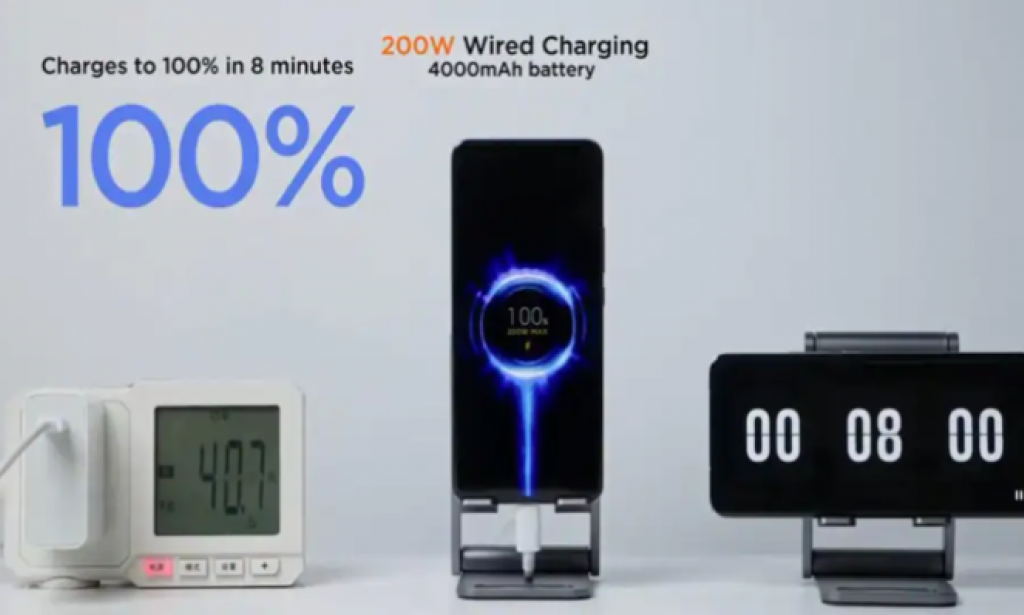 This 200w Mobile Charger From Xiaomi Will Charge Your Mobile Battery In Less Than 8 Minutes!

Xiaomi today announced the much-awaited launch of its 200W HyperCharge mobile charger that is capable of charging a 4,000mAh battery in less than 8 minutes. This launch seems to have stunned the entire technical industry, and we expect faster mobile chargers from other brands as well.

The Chinese tech giant, offering a range of products ranging from Xiaomi Mobile devices to mobile power banks and mobile chargers to headphones and a lot more, took to Twitter to announce the arrival of 200W HyperCharge fast charging and 120W wireless fast charging technologies.

The company posted a short video of 44 seconds on its latest launch on how it takes just 44 seconds for the phone to charge till 10 percent and just 3 minutes for it to charge to 50 percent. And you can expect the smartphone to be fully charged in less than 8 minutes with the wired fast charging technology.

Oppo is another industry leader that is having a 125W Flash Charging technology that claims to recharge a 4,000mAh battery in 20 minutes. On the other hand, Realme‘s 125W UltraDART also offers the same charging speeds.