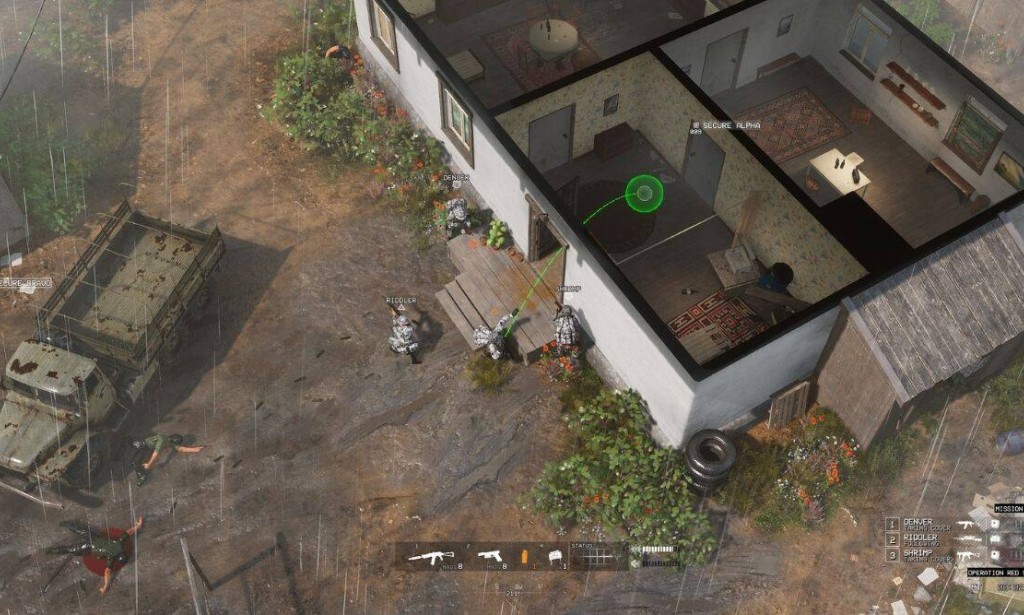 Krafton has finally announced a release date for their upcoming realistic top-down shooter game – Thunder Tier One. The title will be released on December 7, 2021, on Windows PC via Steam, and is aimed at players with an interest in military tactics and strategy. The game is currently available for pre-order on the aforementioned platform at a price of Rs 529.

Krafton made the announcement in an official statement and went into the specifics of the game. Thunder Tier One will group four players into a special elite squad and drop them into the fictional Eastern European nation of Salobia, to put an end to a dangerous terrorist organisation.

The game can be played in 4-player online co-op mode, as well as an offline solo mode with AI teammates backing you up.

Players will be faced with tough decisions such as gear selection and utilizing their tactical skills to successfully work their way through a nine mission story-driven campaign. As part of loadout selection, you can pick between different weapons, attachments, ammo type and amount, armour, grenades, and much more.

It will also give you the choice of undertaking the mission stealthily or going in loud and clear with guns blazing.

Krafton also keeps strongly insisting on Thunder Tier One’s attention to realism and detail. It reads, “Each weapon has unique attributes such as handling, rate of fire, muzzle velocity, effective range, and accuracy. These characteristics, combined with the type of ammo loaded, will determine how accurate players’ shots are and also how effective they are at penetrating different materials.”

In addition to the campaign mode, Thunder Tier One will also include four multiplayer maps – Exfil, Advance and Secure, Death Match, and Domination. It also promises a modding tool with Steam Workshop integration, right from launch day, using which players will be able to modify, missions, weapons, etc.

Also, as an added bonus, if you pre-order the game on Steam now, you will get an exclusive diorama lobby scene that you can gaze at while you wait for your teammates to join in.