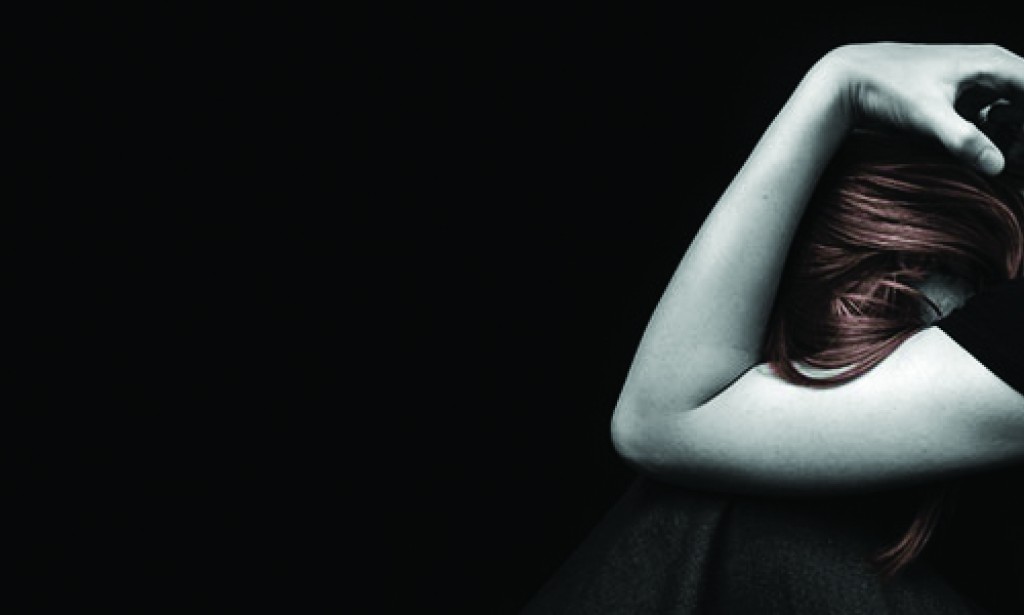 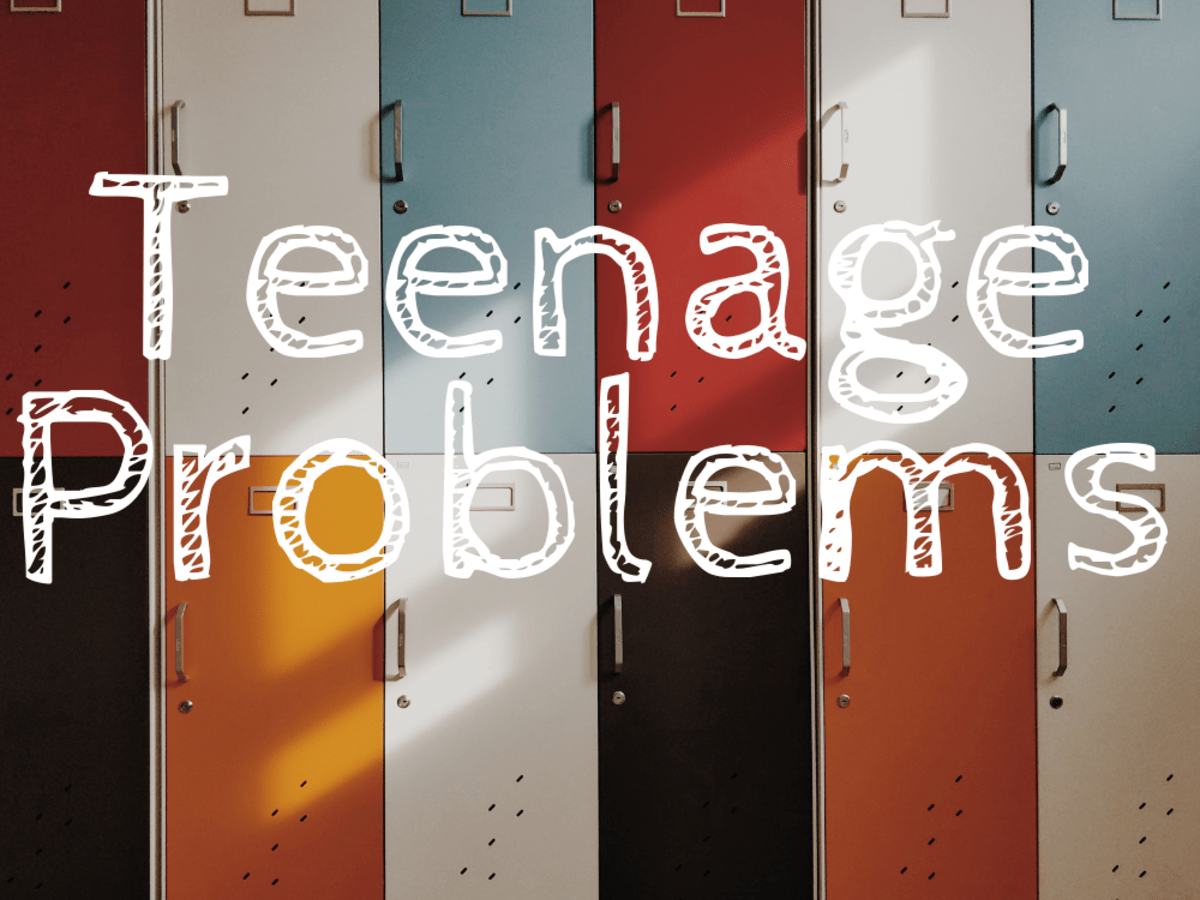 Advances in technology mean today's teens are facing issues that no previous generation has ever seen. While some issues are not exactly new, electronic media has changed or amplified some of the struggles young people face.

The prevalence of digital communication has changed the way teens interact with their peers and romantic interests.1 Because of this, many teens lack essential interpersonal communication skills like knowing how to pick up on social cues. Much of this dysfunction can be linked to the overuse of technology.2

Teens' social media and texting habits as well as how they consume media is changing the way they communicate, date, learn, sleep, exercise, and more. In fact, the average teen spends over nine hours each day using their electronic devices.3

Here are the top 10 social problems teens struggle with every day.

According to The National Institute of Mental Health, an estimated 3.2 million adolescents in the United States had at least one major depressive episode in 2017. That means about 13% of teenagers may experience depression before reaching adulthood.4

An analysis by the Pew Research Center reported that depression rates grew among adolescents, especially in girls, over the previous decade when about 8% of teens reported being depressed in 2007.5 Some researchers blame technology for the rise in mental health problems.

Spending too much time on electronic devices may be preventing young people from in-person activities with their peers such as sports, which can help ward off depression.6 They also experience new conditions like "fear of missing out" or FOMO, which further leads to feelings of loneliness and isolation.

Depressive disorders are treatable, but it's important to seek professional help. If your teen seems withdrawn, experiences a change in his sleep patterns, or starts to perform badly in school, schedule an appointment with your teen's physician or contact a mental health professional. Do not delay getting help for your teen if you notice these symptoms.

According to the National Center for Education Statistics, about 20% of teens in the U.S. experienced bullying in 2017.7 One explanation the research has cited for this is the rise of social media use by teens, which has made bullying much more public and more pervasive. In fact, cyberbullying has replaced bullying as the common type of harassment that teens experience.8

Talk to your teen about bullying regularly. Discuss what they can do when they witness bullying and talk about options if they become a target themselves. Being proactive is key to helping your child deal with a bully.

It's also important to talk to your child about when and how to get help from an adult. Remind them that asking for help is not a sign of weakness, but instead a show of courage. Talking about how someone has humiliated them is never an easy topic.

Based on the 2017 Youth Risk Behavior Surveillance data, 39.5% of high school students reported being sexually active. That means sexual activity had declined slightly over the past decade.9

Fortunately, the teen birth rate has declined over the past decade as well. Births to teens ages 15 to 19 accounted for 5.0% of all births in 2017.10 The decline in pregnancy doesn't necessarily mean teens are using protection, however.

Of the 20 million new sexually transmitted diseases each year, more than half were among young people between the ages of 15 and 24.11

Parents may not be aware that their children are sexually active, however. Talk to your teen about sex, even if you don't think your child is engaging in sexual activity.

In 2017, about 6% of seniors in high school reported using marijuana daily. Marijuana use exceeds cigarette use in teens now.12 In fact, many teens believe marijuana is less harmful now than in years past. This new perception may be due to the changing laws surrounding marijuana.

Meanwhile, other illicit drug use has held steadily at the lowest levels according to the Monitoring the Future Survey published by the National Institute on Drug Abuse. Teen use of illicit drugs in 2017 was the lowest since the study began in 1975.13

Unfortunately, teens often underestimate how easy it is to develop an addiction. And they don't understand the risks associated with overdosing. Be sure you are talking about these risks on a consistent basis.

As of 2017, alcohol use and binge drinking showed a significant decline among teenagers. Despite the decline, 29.3% of high school seniors still report drinking alcohol within the past month.12

Talk to teens about the risks of underage drinking. Educate them about the dangers, including the fact that alcohol can take a serious toll on a teenager's developing brain.14 Also, do not shy away from expressing your disapproval of underage drinking. Saying you don't approve can make a big difference in whether your teen decides to drink.

According to the Centers for Disease Control and Prevention, about 20% of 12- to 19-year-olds are obese, with Hispanic and Black children more likely to be overweight or obese.15

Aside from the fact that overweight children are often targeted by bullies, obese kids also are at a much greater risk of lifelong health problems, such as diabetes, arthritis, cancer, and heart disease.16 They also may struggle with body image issues or develop eating disorders as an unhealthy way of changing their appearance. But parents are not always aware of these issues.

In fact, surveys show parents are bad at recognizing when their kids are overweight.17 They tend to underestimate their child's size and the risks associated with being overweight.

Talk to your child's pediatrician about whether the weight and body mass are appropriate for your teen's height and age and inquire about the steps you can take to ensure your teen is healthy. Then, if your doctor does recommend a healthier eating plan or exercise, find ways to support and empower your teen.

About 5% of high school students dropout of high school each year in the United States, according to the National Center for Education Statistics.18 A high school dropout is likely to earn $200,000 less over his lifetime when compared to a high school graduate, which can have a significant impact on a young person's future.

But, it's no longer just the "troubled teens" who are dropping out of school. Some teens feel so much pressure to get into a good college that they're burning themselves out before they graduate from high school.19 Stay involved in your teen's education. Provide support and guidance and be ready to assist your teen if he encounters problems.

While peer pressure isn't a new issue, social media brings it to a whole new level. Sexting, for example, is a major cause for concern as many teens do not understand the lifelong consequences that sharing explicit photos can have on their lives. But sharing inappropriate photos is not the only thing kids are being pressured into doing.

More and more kids are being pressured into having sex, doing drugs, and even bullying other kids.20 To keep your kids from falling victim to peer pressure, give them skills to make healthy choices, and to resist peer pressure. Also, talk to teens about what to do if they make a mistake.

Sometimes, kids can make poor choices and may be too afraid to seek help. Make sure your kids are not afraid to come to you when they make a mistake. Demonstrate that you can listen without judging or overreacting and instead find healthy ways for them to make amends and move on.

Facebook, Instagram, and Twitter can be great ways for teens to connect with one another; but social media can be problematic for several reasons. For instance, social media can expose your teen to cyberbullying, slut-shaming, and so much more.21 And, while there are some benefits to social media, there are a lot of risks as well.

Social media can have a negative impact on friendships and is changing the way teens date. It can even impact their mental health.22 But, no matter what precautions you take, teens are still likely to be exposed to unsavory people, unhealthy images, and sexual content online.

While there are measures being put into place to reduce the risks kids face online, it's important for parents to get involved.

Help your teen learn how to navigate social media in a healthy way. Talk about ways to stay safe online. And most importantly, know what your teen is doing online. Educate yourself about the latest apps, websites, and social media pages teens are using and take steps to keep your teen safe. You may even want to take steps to limit your teen's screen time.

Teenagers are going to witness some violent media at one time or another. And it's not just TV, music, and movies that depict violence. Many of today's violent video games portray gory scenes and disturbing acts of aggression.

Over the past couple of decades, studies have linked watching violence to a lack of empathy and even aggressive behavior.23 And other studies have shown the number one factor in determining how kids relate to media is how their parents think and act.24

According to Common Sense Media, the more violence that parents watch, the more likely they are to think it's OK for their kids to view.25

Pay attention to your teen's medu euse. Don't allow teens to watch R-rated movies or to play M-rated video games. It's not healthy for them to consume that material in excess and unsupervised.

Also, talk to your teen about the dangers of being exposed to violent images and monitor your teen's mental state. It's also important to talk about sexual situations and racial stereotypes that your teen might see.

Teens need to learn how to identify what is good and what is bad about the media. It helps them become a healthier consumer when they can think objectively about what they are seeing online, in the movie theater, or in a video game.

How to Talk to Your Teen

Bringing up any difficult subjects with your teen can feel uncomfortable. And your teen isn't likely to respond well to a lengthy lecture or too many direct questions. But having a conversation with your teen about difficult issues is not something you should shy away from.

Even when it seems like they are not listening, you are the most influential person in your teen's life. It is important to lay a strong foundation before the window of opportunity closes.

A good way to strike up a conversation about drugs, sex, juuling, or other uncomfortable situations is to ask a question like, "Do you think this is a big issue at your school?"

Listen to what your teen has to say. Try not to be judgmental, but make your expectations and opinions clear. It is important that your teen understands that you don't condone certain behaviors and that they know the consequences of breaking your rules.