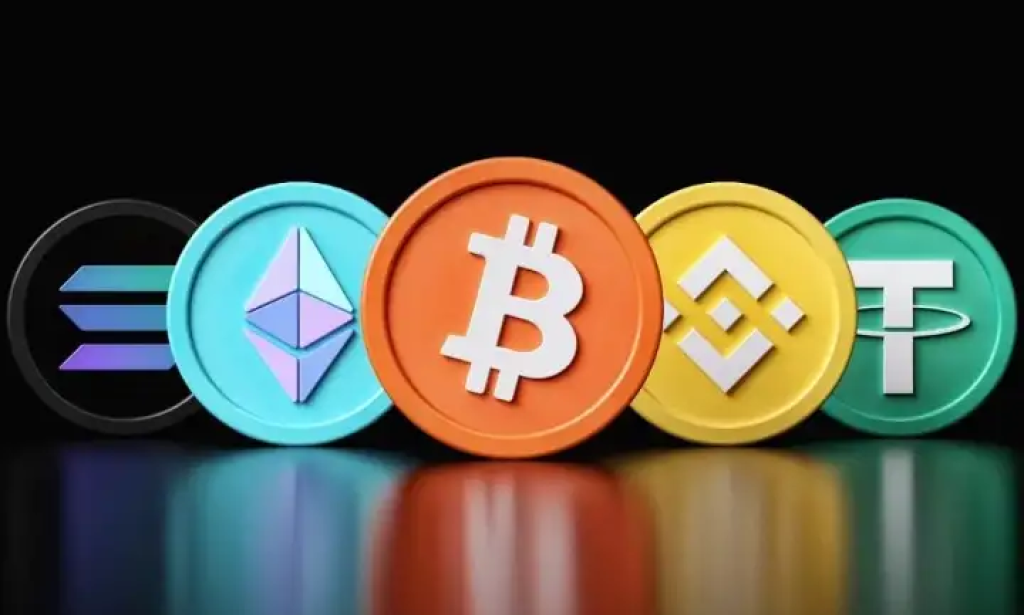 As the first and most well-known cryptocurrency, Bitcoin has the highest market capitalization and is considered the most stable coin in the market. Bitcoin uses a decentralized ledger technology called blockchain, which allows for secure and transparent financial transactions.

In 2023, Bitcoin is expected to continue its growth as more people become aware of its potential as a store of value and means of exchange. Some experts predict that the price of Bitcoin could reach as high as $100,000 by the end of 2023, although it’s important to note that cryptocurrency price predictions are always subject to change.

Ethereum is a decentralized platform that runs smart contracts: applications that run exactly as programmed without any possibility of downtime, censorship, fraud, or third-party interference. These smart contracts are powered by Ethereum’s native cryptocurrency, Ether (ETH).

One of the main differences between Ethereum and Bitcoin is that Ethereum is more than just a cryptocurrency. It’s a decentralized platform that allows developers to build and deploy decentralized applications (dApps). These dApps can be used for a wide range of purposes, such as creating a decentralized autonomous organization (DAO) or issuing digital tokens.

In recent years, Ethereum has gained popularity among developers and investors alike, and it is expected to continue its growth in 2023. The demand for Ethereum’s smart contract capabilities is expected to increase as more businesses and organizations adopt blockchain technology.

One of the main advantages of Binance Coin is that it offers lower fees for transactions on the Binance platform. As more people adopt cryptocurrencies and turn to exchanges like Binance for trading, the demand for Binance Coin is expected to increase.

In 2023, Binance Coin is expected to continue its growth as more people adopt cryptocurrencies and use the Binance platform for trading.

Cardano is a decentralized platform that runs smart contracts and is focused on providing a secure and scalable platform for the development of decentralized applications. Cardano is powered by its native cryptocurrency, ADA, which is used to facilitate transactions on the platform.

One of the main features of Cardano is its use of a proof-of-stake (PoS) consensus algorithm, which is more energy-efficient than the proof-of-work (PoW) algorithm used by Bitcoin and Ethereum. This makes Cardano a more environmentally-friendly option for those looking to invest in cryptocurrency.

In 2023, Cardano is expected to continue its growth as more developers adopt the platform for the creation of dApps. The demand for Cardano’s scalability and security features is expected to increase as more businesses and organizations turn to blockchain technology for their operations.

Dogecoin is a cryptocurrency that was created as a joke in 2013, but it has since gained a large and dedicated community of supporters. Dogecoin is used for online transactions and has become popular for tipping content creators on social media platforms such as Reddit and Twitter.

Despite its origins as a joke, Dogecoin has gained a significant amount of value in recent months, with its price skyrocketing in late 2021. While Dogecoin is considered a less stable investment compared to other cryptocurrencies, its strong community support and increasing adoption by merchants make it a coin to watch out for in 2023.

In 2023, it is expected that the number of people using cryptocurrency will continue to grow as more people become aware of its potential as a store of value and means of exchange.

The adoption of cryptocurrency by merchants and businesses is also expected to increase in 2023. As more companies begin to accept cryptocurrency as a form of payment, the demand for coins like Bitcoin and Ethereum is likely to grow.

The use of cryptocurrency for cross-border payments is expected to increase in 2023, as more people turn to digital currencies for cheaper and faster transactions.

The regulatory landscape for cryptocurrency is also expected to evolve in 2023, with more governments around the world taking steps to establish clear guidelines and regulations for the use of digital currencies.

The development of new technologies, such as decentralized finance (DeFi) and non-fungible tokens (NFTs), is expected to drive further innovation and growth in the cryptocurrency market in 2023.

Despite the potential for high returns on investment, it’s important to remember that the cryptocurrency market is highly volatile and investing in any cryptocurrency carries inherent risks. It’s crucial to do thorough research and consult with a financial advisor before making any investment decisions.

Cryptocurrencies have come a long way since the creation of Bitcoin in 2009, and the market is expected to continue growing in the coming years. While it’s important to exercise caution when investing in any cryptocurrency, the coins on this list have the potential to be strong performers in 2023. It’s always a good idea to do thorough research and consult with a financial advisor before making any investment decisions.

And if you wanna learn more about investing/crypto or day trading, just go ahead and check this out!