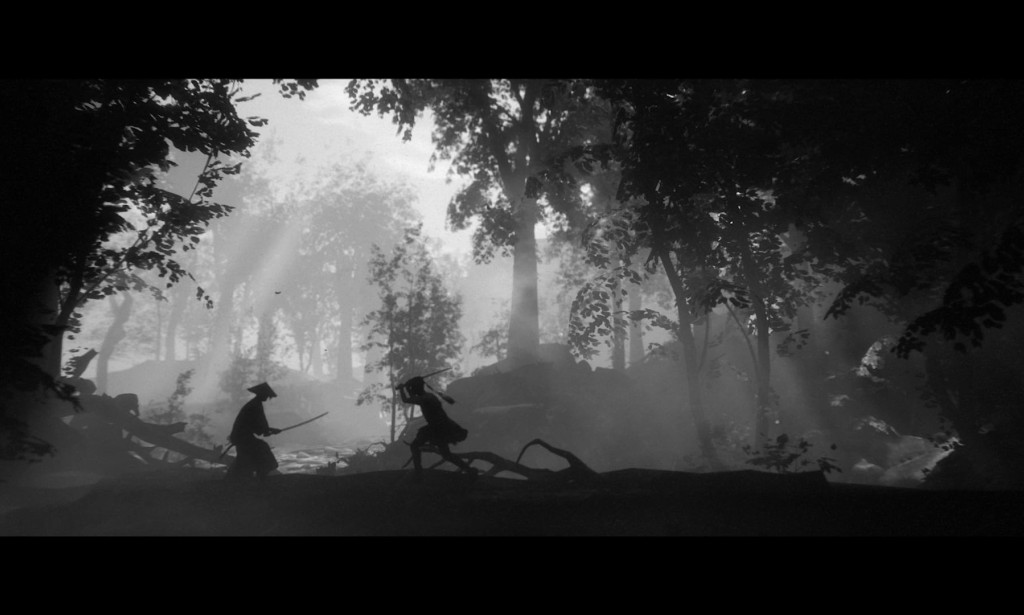 Trek to Yomi Review. A black-and-white samurai slasher that won't "break" anyone

The creative people who inspire us (even the greatest) very often insert something into their own works that is a tribute already to their inspirers. Thus, Hideo Kojima "shot" all the scenes in MGS5 in one take after the film "Birdman", GTA: Vice City refers to "Scarface" as much as possible, and let's not even speak about indie games.

A separate genre can be brought out in an omage to Akira Kurosawa, the legendary director who made black and white historical films about Japan, the most famous of which are devoted to samurai. Before that, Kurosawa's main gaming imitator was, of course, Ghost of Tsushima, which with one of the updates got a special black-and-white mode imitating the old movies. Flying Wild Hog went even further and made an entire game out of this mode.

Trek to Yomi is an all-black, linear, fixed-camera slasher with the obligatory two black bars on the bottom and top to match the 21:9 cinematic format (like The Evil Within and The Order 1886). The game is an entirely corridor-based adventure, most of which is devoted to combat.

Everything is given to the visuals here, but the game also looks amazing: the "chrome" B&W along with the remote camera hides all the shortcomings of the engine and traces of a small budget at all. You can only see the simple models in the cutscenes, where the characters are shown up close, but in the gameplay itself you can only raise your jaw and stare mesmerized. Everything that Kurosawa is revered for in terms of visuals - multiplane shots, dynamics in all the scenes, detailed plans, expressive lighting, interesting angles - is here, but that's pretty much the end of the movie's similarities.

The combat system is quite simple and straightforward: weak and strong blows, roll and block with parry. And it is worth noting that the block here is ironclad - you can hold it for a long time, and only a few types of enemies manage to get through it. As in any samurai game, parrying is also incredibly important, but it is overshadowed by the animation.

In general, the mediocre animation is the only thing that ruins Trek to Yomi's visuals. While you're admiring the picture and not moving the character, the game literally looks like a frame from a movie. But after a move with the stick the character is abruptly torn off without any intermediate frames, the enemies react to the katana as to a club, and the parry window is somewhere closer to the beginning of the opponent's swing and not to the end of the movement, as it usually happens in such action games. You can get used to it, though.

The existence of this mode is, in principle, justified, because the game challenges not only the speed of fingers, but from a certain point and the player's tactics - he has to understand who to try to kill first. In the first half it's not so relevant - we fight bandits, who, although different from each other, wear armor or use long-range weapons, but in general can't do anything extraordinary. In the middle of Trek to Yomi the tone changes and the mythology comes into play.

The very title Trek to Yomi means "Trek to Yomi" - the Japanese world of the dead. The story is about a samurai who takes revenge on a bandit leader who killed his sensei. In the middle of the game, the hero dies (or is badly wounded) and descends into Yomi, and then emerges from it, ready for the final battle. The story in the game is so "important" that Devolver Digital almost completely spoiled it for the sake of purely poking fun at Sega on Twitter.