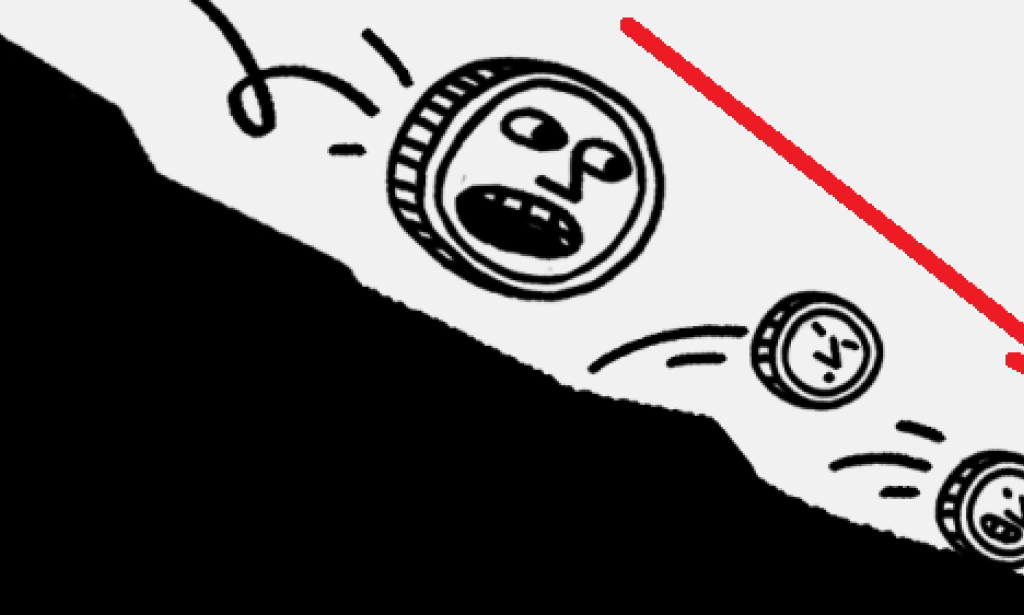 Experts analyzed the situation on the digital currency market and told in which case the "crypto-winter" may worsen.

Last weekend, the bitcoin exchange rate fell to a new low since December 2020 at $17.6 thousand. On Sunday, the price of the cryptocurrency returned to growth and rose above $ 20 thousand, on Monday it again exceeded $ 21 thousand. As of June 20, 15:15 Moscow time, the asset is trading at $ 20.6 thousand, over the past week it has fallen in price by 23%.

"Abnormal frost on the market"

The panic in the markets was caused by the latest inflation report in the United States for May, which was released on June 10. In anticipation of an aggressive rate hike by the US Federal Reserve, investors sold shares on the stock market, and after them, crypto investors began to discount tokens. Since the cryptocurrency market remains low-liquid and is constantly being manipulated, the drop in percentage terms is several times higher than the dynamics of stock indices.

On Wednesday (June 15), before the FOMC meeting, sellers tested the level of $20.1 thousand. The results of the Fed meeting were expected by traders in all markets, so nervousness was observed in all risky assets.

Following the results of the two-day meeting, the US Central Bank decided to raise the rate by 75 bps, to 1.75%. After the announcement of the decision and the speech of J. Powell's bitcoin exchange rate recovered to $22.9 thousand, following the indices. The rebound was weak for such an event. On Thursday, buyers lost all profits amid falling stock indexes. The S&P500 index fell by 3%, the Nasdaq — by 4%.

J. Powell reduced uncertainty regarding monetary policy, while the probability of a 75 bps rate hike in July is estimated at 86.2%. Perhaps investors are afraid of a slowdown in the US economy from a sharp increase in rates (fraught with recession).

On Friday (June 17), US stock indexes closed in a slight plus, while they closed the week in a negative area. On the last trading day, all indices, including cryptocurrencies, showed little volatility. I was surprised by the low activity of traders, since Monday is a day off in the US and before the long weekend, volatility increases more often than decreases.

In the USA, markets are closed on the occasion of Emancipation Day (Emancipation Day). On June 17, 2021, US President Joe Biden signed a law put forward by Congress to make this day a federal holiday.

The fact that the indices did not fall on Friday allowed the price of bitcoin to remain above $ 20 thousand for a short time. On Saturday (June 18), the BTC/USDt pair fell below $ 20 thousand, ETH/USDt — below $ 1 thousand. The sellers realized that no one would bother them until Tuesday, so they decided to open a stop hunt from Saturday. The bitcoin exchange rate decreased to $17.6 thousand, the ether rate — to $ 880.

Risk aversion continues on concerns that high inflation and tightening financial conditions could negatively affect the US economy. There is nothing more to add here. There is an abnormal frost on the market, which dispersed all buyers.

The situation is very similar to the strengthening of the Russian ruble. It is strengthening despite all the fundamental factors and the negative external background due to the imbalance between supply and demand. Because of the sanctions, imports have decreased, the demand for foreign currency has decreased. There are no buyers of the currency, there is no weakening of the ruble.

There are practically no buyers for cryptocurrencies and there are many who want to sell. And since many long futures positions are opened, when they are forcibly closed, the fall in prices accelerates even more. If the demand from buyers does not appear, then we expect BTC / USDt to fall to the area of $ 10 thousand, ETH/ USDt to $750.

"Investors have stopped considering stablecoins as a reliable asset"

The decision of the US Federal Reserve to raise the key rate immediately by 0.75 percentage points was expected and has already been taken into account in the current rate of bitcoin and other major cryptocurrencies. There are no reasons to believe that the rate of inflation growth will slow down sharply by the beginning of next week, neither I, nor the US Federal Reserve, nor crypto investors.

So the macroeconomic agenda continues to have a negative impact on the bitcoin exchange rate, first of all, data and consumer price growth in the United States. In addition, there are additional negative factors that do not contribute to the recovery of the crypto market to at least the April level. These are, first of all, the concerns of market participants regarding possible shocks in the stablecoin market.

The situation with LUNA\UST started a cascade of questions to other stablecoins. According to CoinMetrics, the working value of stablecoins decreased by $10 billion, of which $7 billion is a reduction in USDT. And this may indicate that if earlier, during a market downturn, investors left cryptocurrencies for stables used as an analogue of the US dollar, now they do not consider stables to be a sufficiently reliable asset and completely exit them into fiat.