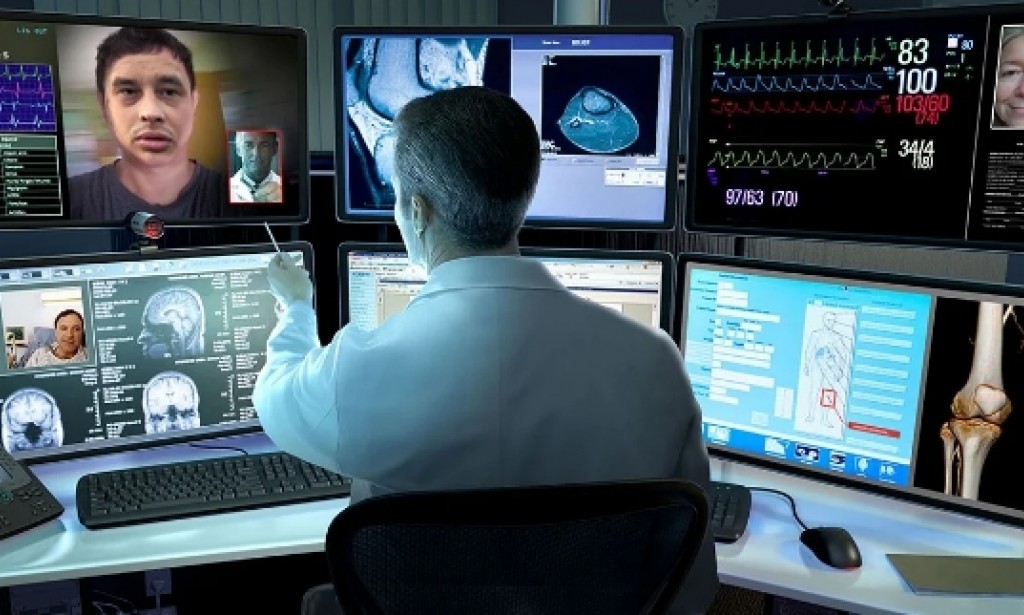 What new technology is coming

Russia today has been turned into an experimental site for global elites.

Neither China, nor India, nor any other country fits this experiment as well as Russia.

The project is global, but Russia plays a major role in this project.

The experiment of implementing Neuronet technologies in Russia is already in full swing at "Skolkovo" innovation platforms.

The Skolkovo institutes and the Agency for Strategic Initiatives (ASI) of Skolkovo are active developers of such programs.

Here is what one of the developers and leaders of this program, Pavel Luksha-professor of the Moscow School of Management "Skolkovo", says about these experiments:

"The most interesting things happen when we start to move to the level of brain-brain connection or, even better, not one brain but many brains connected together via Internet; these are all sorts of collaborations and joint developments. If we connect many brains into a single network, we will have many additional effects related to the fact that neural tissue has neuroplasticity, i.e. it learns to use these devices more effectively, often without the conscious control of the individual himself, so we cannot yet say what will emerge from these groups, one thing is clear that they will somehow start to interact together.

The basic idea of Neuronet - is the idea of a global, collective brain. The most important thing that a neuronet must do is to transmit the types of information that the standard Internet cannot transmit right now: first of all, unconscious communications or communications going through our bodies, whole experiences and experiences that each person can have individually - this is what interfaces will be able to do. That is to say, this is a whole new quality of communication.

So how is this going to happen? Since it is unconscious, it means beyond my will.

With the help of what tools will my brain transmit all the information?

That is, all my hidden desires, vices, feelings, emotions, everything that constitutes my spiritual essence will be transmitted to the global brain?

And if I do not agree to become part of the global brain, what will happen?

I will be disconnected from the general consumption system, my cards will be blocked, I will not be given a QR code, I will not be able to leave the house, I don't even want to fantasize further.

But if I can still fantasize about this topic and doubt that this can happen, then is there any chance for future generations to avoid the "universal paradise".

Telemedicine is one direction of Neuronet. The humane idea of round-the-clock monitoring of patients, both sick and healthy, is being put forward.

On the face of it, it's all very cool. But in order to carry out such monitoring, a person must somehow be connected to the universal system.

How - I do not know, you can think for yourself.

Until the end of 2021, the State Duma will consider the proposal of the Ministry of Health about compulsory implementation of telemedicine technologies in the system of control over public transport drivers. First they will put on a bracelet, and then a h...

And this is what is planned in terms of education.

There will be super-fast education for the population. How. There will be programs on the market to enhance human functions. In other words, information will be first processed by external processors and already processed it will go to the brain, thus saving time on reaction from brain stimulation.

That is natural processes will be replaced by artificial ones.

We are told about it in plain text.

According to Dmitry Peskov (not to be confused with Assistant to the President), Director of the Skolkovo "Agency for Strategic Initiatives", children will be taught already at the stage of pregnancy. This is called "developmental pregnancy".

The connection with the child is established in the womb, he will receive knowledge as a fetus.

And this, according to D. Peskov, will help unlock the child's potential.

This is not fiction, D. Peskov states that such programs are already being implemented.

Back in 2013 in Skolkovo P. Luksha presented the project "The Future of Global Education".

This project shows the main ways of development of global education until 2035.

Under this project, the Singapore Education Project is being implemented.

This system is aimed at training professional castes.

This system has already been implemented in schools in Tatarstan and partially in Tyumen.

A primitive system that turns our children into acquirers of primitive skills on command.

Under the guise of an attack on individual freedom, no in-depth education is allowed. Children must choose what they want to do in class, but all their activities take place explicitly on command.

Singapore's education program is exactly like working on an assembly line.

Everything happens on a command and in a team, no in-depth knowledge of the subject is required, you don't have to think hard, whatever comes to mind, just "bloop", creativity is completely excluded, no independent work, pupils should give short answers, no more than 20 seconds, no marks are given.

It turns out that the Singapore method of education is based on the ideas of our teachers Elkonin, Davidov. This system is very controversial and it was never used in Soviet education. But after 1991, it began to be actively implemented in teacher education.

The Russian person has always had great creative abilities, ingenuity.

The Russian person always differed spirituality, which allowed him to create. It was always a combination of will and reason, which gave such an effect of extraordinary talent, genius, ingenuity.

Only through high spirituality does our man achieve such high results intellectually.

What is happening today.

The Western system, by introducing its methods and systems into our education, hopes in the future to have obedient scientific slaves, who can be easily manipulated and used for their own purposes.

But this is unlikely to bring them the result they hope for.

Over these 30 years, a very different youth has been formed, thanks to the introduction of Western methods in education.

Our young people have already been deprived of the basic spiritual values on which all Soviet people were brought up.

The very understanding of what a human being is has changed.

Now we have a transhumanistic understanding of human nature, i.e. the improvement of human beings through the introduction of various technologies.

And there is no need for any spirituality whatsoever.

But such a person, devoid of human essence, cannot be a creator.

And where is our freedom of choice and free will?

No one needs it and no one is interested.

The main war is going on for the human soul, and that is why there is total control over the spiritual component of man.

Think! And do not say that you were not warned!

My father used to tell me that, more freedom more problems, it's end times besides COVID-19.wave after wave may God bless us all.