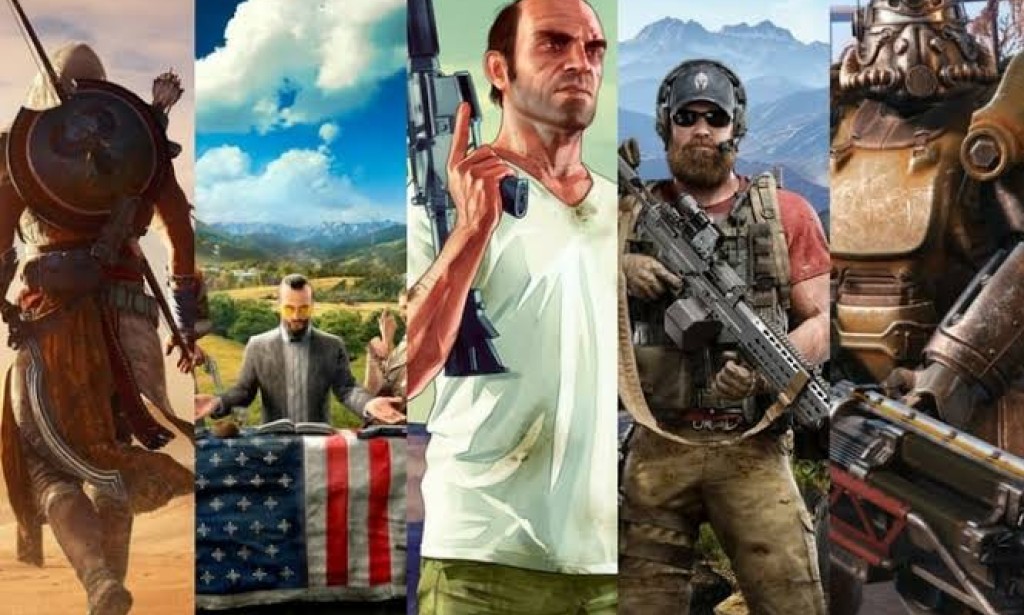 Which is the top 10 Games with Most Realistic Graphics ? 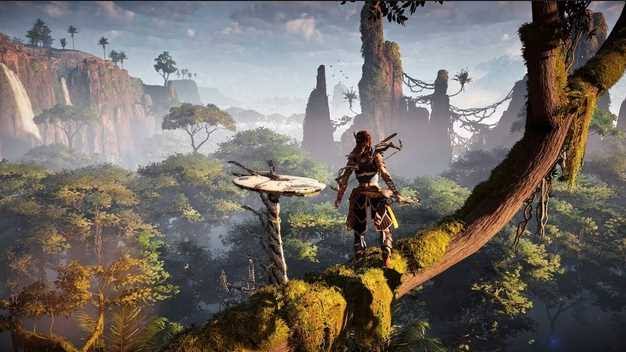 Throughout the evolution of gaming culture, one important feature that has always been highly desired by developers and gamers alike is photorealism. We want to be immersed in the story when we play our favourite games.

The most effective way to accomplish this is to ensure realistic games, or games with the most realistic graphics possible.

This is why some of the most critically acclaimed and best-selling games of the last decade have truly photorealistic graphics that transport the player into the heart of the story.

Of course, we're not dismissing flash games entirely, as they can often outperform even the most realistic video game in the world.

However, there's a lot to be said for a game with graphics so sharp and clear that it feels like you're shooting your way through a zombie apocalypse, racing a supercar through Manhattan's streets, or colonising the vast reaches of outer space.

So, here are the most realistic video games ever released.

Given how this game blew everyone away with its cutting-edge graphics, the contender for the top spot may appear obvious to some.

"Ghost of Tsushima" is a PS4/PS5 exclusive game set in 13th century Japan on the idyllic island of Tsushima. You play as a battle-hardened Samurai who must cross the island's vast expanse to retake control from invading Mongol forces.

This is a game that brings the beautiful natural setting to life in vivid technicolour, while also rendering more realistic human movements and sounds than has ever been done before. This is what distinguishes this title as the most realistic game available today.

RDR2, the sequel to the smash-hit RDR1 and one of the best-selling games of all time, is a masterclass in game graphics. Because of the sheer scale of it all, this is probably the most realistic video game.

RDR2 is a western epic set in one of the most ambitious open-world environments ever created, and each plant, animal, and human is distinct and appears to be as real as anything you'd see outside of the game.

RDR2 is a game that brings its enthralling environment to life like no other game before or since, which is why it is still considered a top contender for the most realistic game in the world.

It stands to reason that RDR2 would be the first of several Rockstar titles to make this list. The production team, which has offices and studios in several countries, has gained international acclaim for its ability to meticulously recreate realistic and convincing digital environments.

Rockstar's approach to its open worlds, including the vast expanse of New Hanover, is to create animation for literally everything.

This means that every flower, cloud, and bird's wing has its own animation to ensure that it moves in its own unique way, just like it would in real life.

Another effective tactic used by Rockstar in RDR2 is the player avatar, which is affected by everything the world throws at it:

Expect muddy boots if you step in a puddle. If you eat some stew late at night in a pub, you'll have a stain on your duster for days. If you run into the same NPC multiple times, expect them to give you a piece of their mind.

This attention to detail distinguishes Rockstar and Red Dead Redemption 2 from their competitors.

Which game appears to be the most realistic? Many people are thinking about next-generation console games.

However, developers who can use the limited resources of smartphone GPUs to create a game that is more photorealistic than the vast majority of console content deserve credit.

We're talking about Call of Duty Mobile, an award-winning first-person shooter that shows how far iOS games have progressed and how many of the best games are now available on mobile.

This is an online first-person shooter that pushes the hardware limits of smartphones to the extreme, with stunning results.

No list of realistic games would be complete without mentioning Grand Theft Auto V, which is widely regarded as one of the most commercially successful console games ever released.

Although other open-world games with arguably more realistic graphics exist, few can bring the modern world to life like GTA V.

Anyone who has walked the manic and bleak streets of Los Santos (a slightly exaggerated version of 2010s Los Angeles) will attest to this game's ability to capture the essence of contemporary urban life in a way that few others before or since have.

This is what realistic games are capable of.

Death Stranding is one of the few games that genuinely appears to be actual video footage. It's a haunting, unusual game that probably deserves the award for most timely video game ever released.

Every skin cell, hair follicle, and clothing wrinkle has been painstakingly rendered, creating a game that feels anything but. The subject matter is also a little depressing.

Set in the near future and set in the spring of 2020, the player assumes the role of a courier tasked with delivering vital resources to isolated, cut-off communities across a post-apocalyptic world where plague and aliens make venturing outside dangerous.

If this sounds like something you could benefit from more of in your life, try Death Stranding.

What truly distinguishes this game is the production team's Herculean efforts to ensure movie-level graphics and visuals.

The developer, Kojima Productions, meticulously scanned real-world objects such as cellphones, weapons, and furniture to ensure completely realistic renderings. Meanwhile, skin and materials have been rendered with dozens of layers to bring every crease and fold to life, all powered by the extremely powerful Decima engine.

All of this makes the game's star-studded cast, which includes A-listers such as Léa Seydou, Mads Mikkelsen, and Norman Reedus, feel like they're right there in the room with you.

Control, a sleeper hit from a Finnish game studio that is quickly becoming a cult classic, demonstrates how even supernatural stories can be transformed into realistic games.

The mysterious Federal Bureau of Control, a windowless skyscraper in Manhattan that houses a vast universe of telekinetic monsters and terrifying phenomena, serves as the setting.

In order to find your missing brother, you must explore this 1950s-era building and use your telekinetic abilities to tear it apart inch by inch.

Again, this is a game that provides unparalleled immersion into a truly unique environment, one in which every single bootprint on the gleaming marble floors adds to the game's realism.

Ray tracing, an emerging technique that uses rendering algorithms to digitally reproduce light and shadows in hyperrealistic ways, is used to bring the setting to life, making it one of the most realistic games to date.

As of 2022, Control is one of only a few games that have used this technique to create a photorealistic environment, using ray tracing to add texture to the brutalist environs and shine to the FBC's metallic surfaces.

Given the enormous problems encountered by the players and the overworked developers of this notoriously buggy game, this may appear to be a contentious entry.

Most of the bugs have been ironed out for people playing Cyberpunk on a beefed-up gaming PC or a next-gen console, and what remains is the truly immersive and photorealistic future city that the developers originally intended.

When everything is in order, Sky City is a sight to behold. It feels both outlandish and eerily plausible as the future of urban living, which is precisely what makes Cyberpunk one of the most realistic games we've ever played.

Just when we thought the first couldn't be topped, along comes the sequel, which wins every gaming award in existence and immediately sparks a bidding war for movie rights. The Last of Us: Part Two contains all of the same fantastic elements as its predecessor.

A terrifying post-apocalyptic world filled with fungus-infected zombies, hauntingly believable characters, and unforgettable vistas of a world that teetered on the brink of disaster.

What distinguishes this sequel even more is the unprecedented realism it provides. The graphics and haunting world it creates are unlike anything we've ever seen, adding to the pure terror of this stealthy survival horror.

This series is produced by Naughty Dog, which is quickly emerging as a rival to Rockstar due to its commitment to rendering photorealistic in-game worlds and ensuring only the most realistic games leave the studio.

The cast hired to play the actors in TLOU2 makes extensive use of motion capture technology, which means that almost every movement you see in the cut scenes is a real one.

Meanwhile, Naughty Dog relocated to Seattle (the game's setting) and spent months there before beginning development, capturing every building and surface to ensure the most accurate representation of the city possible.

There have been many driving games that have attempted to be realistic, but very few have succeeded.

It takes a very skilled developer to achieve the right balance of vivid racing, photorealistic graphics, and realistic driving mechanics that are not too difficult to learn.

Fortunately, it appears that the team behind Forza Horizon 5, the game that manages to pull off all of these feats, had no shortage of talent. Make this your first racing game if you've never played one before.

Most of us will never have the opportunity to race a modified Bugatti around the rim of an active volcano.

What truly distinguishes FH5 from competitors is its ability to render stunning real-world racing environments both up close and from a distance, all while your car accelerates to 200 miles per hour.

Playground Games accomplishes this through extensive use of a technique known as photogrammetry, which involves recording, measuring, and interpreting photographic images and patterns of electromagnetic radiant imagery, as well as collecting as much data on individual objects as possible.

This meticulous attention to detail makes this one of the most realistic games in the driving genre to date.

Realistic gaming sometimes necessitates a genuine commitment to the physics and technical requirements of the real-world environment being emulated. That is why the 2020 Microsoft Flight Simulator is such an excellent choice for this list.

This is a game that takes one of the most amazing things a human can do - take flight - and brings it straight into your living room in photorealistic detail. It is widely used for real-life pilot training around the world, as well as being enjoyed by leisure players of all stripes.

This game simulates almost everything about what it's like to fly a real plane, which is what makes it so enjoyable to play, even though it's quite difficult.

These are the most realistic games available in 2022. These are the games that will allow you to bring a real-world location to life or experience a fantasy that can only be rendered in virtual reality!