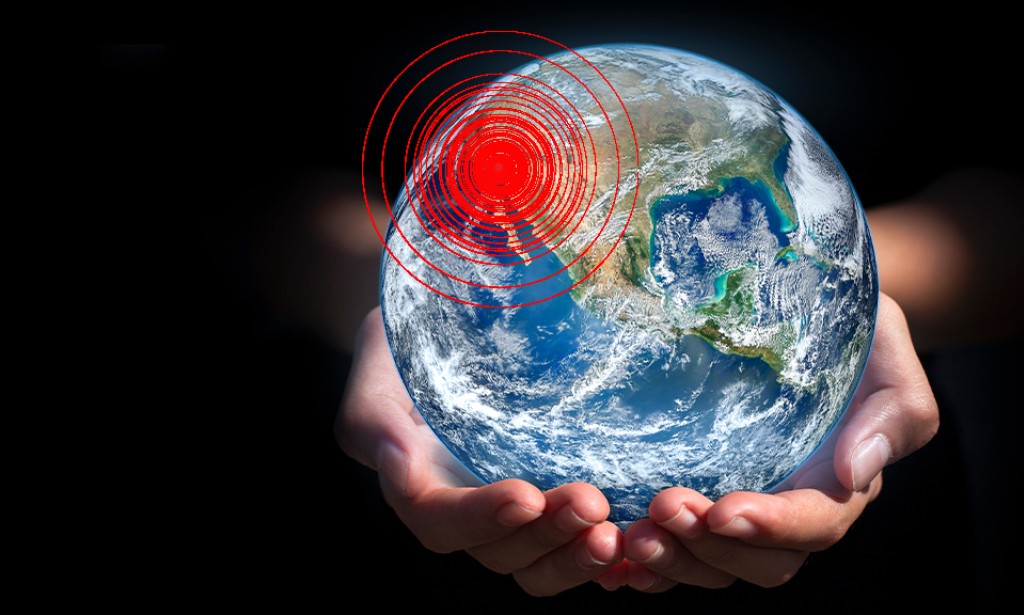 Why Do Earthquakes Happen? Causes, Facts and History

Friends, the history of the world is full of such incidents when natural calamities and disasters caused a great destruction everywhere, Floods, hurricanes, epidemics, famines and earthquakes are natural disasters that are almost impossible to prevent.

You all must remember the earthquake that struck Pakistan at 8:50 am on October 8, 2005,

The quake had a magnitude of 7.6 on the Richter scale and killed more than 80,000 people.

Friends, the question arises: why do these earthquakes occur?

Can they be stopped in any way? This is what we will learn in today's article.

Friends first talk about the structure of the earth. The earth has four layers.

The top layer is called the crust۔The crust is the upper part of the earth that we see.

The second layer of earth is called mantel. There are many types of rocks in this part and this is the thickest part of earth.

Then the outer and inner core of the earth begins. Earthquakes are actually caused by changes in the crust, This outer layer of the earth has such plates called tectonic plates. 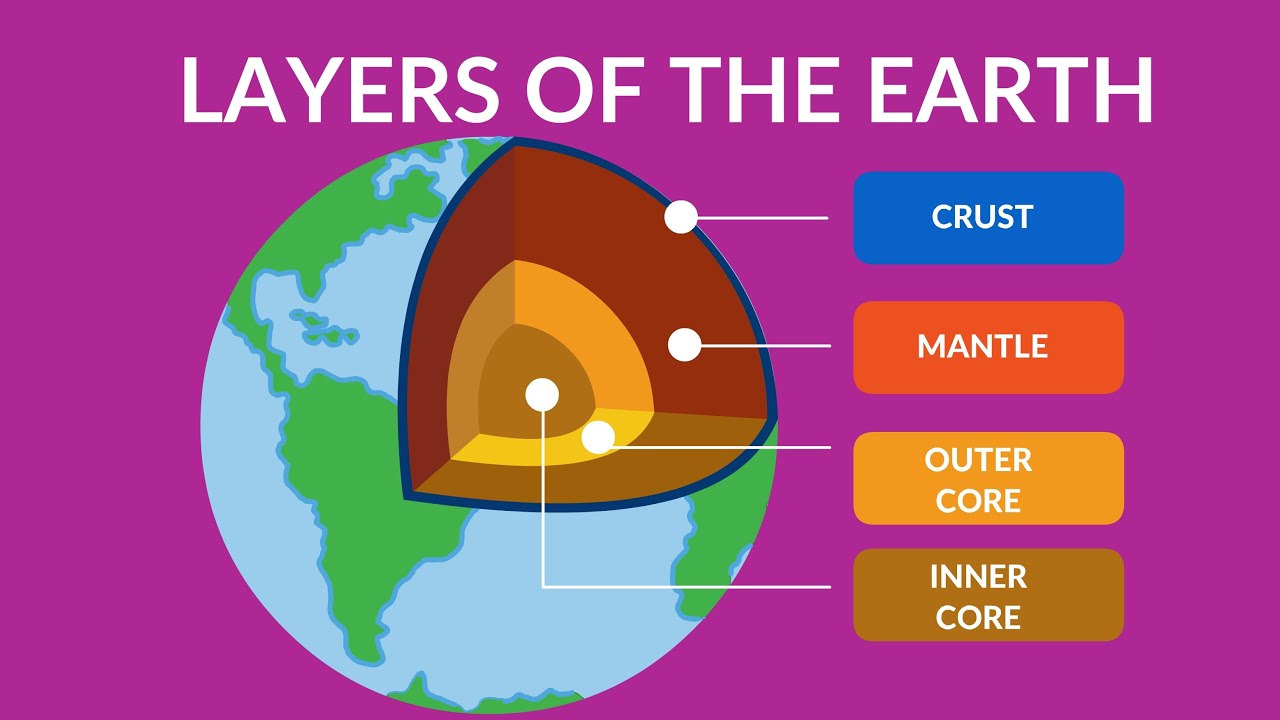 Why Do Earthquakes Happen  Causes, Facts and History

Friends, now let's move on to the most important the How and why earthquakes happening.

You know that the inner core of the earth contains magma. This magma releases energy Which causes motion in the earth's plates. They keep bumping into each other, sliding towards or away from each other Sometimes the edges of these plates get stuck into each other. During this time, the rest of the plate keeps moving, but its edge is stuck in the other plate. Therefore, the energy generated from magma during this time keeps accumulating.

Then there comes a time when the motion of the plate becomes so great that eventually the edges of the plate separate from each other, Due to which all the stored energy is released at once,This emission of energy causes seismic waves. From which the earth is shaken and we say there is an earthquake.

Earthquakes usually have four causes. The first reason is the movement of tectonic plates, which causes seismic waves, The second reason is magma, a substance found underground. After volcanic eruption, magma erupts out of the earth's crust. Due to which empty space is created in the earth.

The rocks move to fill this gap Which causes an earthquake, also, when a volcano erupts, the earth still shakes. Another reason for the earthquake is the nuclear explosion.

Earthquakes can sometimes cause landslides, tsunamis and volcanoes Friends, small jolts are usually felt before a severe earthquake. These are called fore-shocks. This is followed by main-shock and then after-shocks Today, the Richter scale is used all over the world to estimate the magnitude of earthquakes.

This method was invented in 1935 by the American scientist Charles Richter. According to it, if the magnitude of the earthquake is more than seven, then the earthquake is considered dangerous, And if it is less than three, its nature is not severe, An earthquake of 6-7 magnitude can be felt up to 100 kilometers away from its epicenter.

According to experts, the duration of an earthquake is usually one minute. About 1.3 million earthquakes occur every year most of them have an intensity of less than three on the Richter scale. Earthquakes of magnitude eight or more occur  usually only once a year worldwide. Most earthquakes occur in areas where the edges of the tectonic plate meet,Such areas are located on three belts. The first belt joins the Himalayan mountains to the east.Then passes through north of India and Pakistan, then Afghanistan, Iran, and Turkey, and reaches the continent of Europe, and then Yugoslavia to France.

The second belt starts from the Alaska Plateau on the west coast of North America, it runs south through Mexico, passing through the South American countries of Colombia and Ecuador to Chile.

The third belt, starts in Japan and passes through Taiwan,  Philippine, Brunei, and reaches Malaysia and Indonesia. If we compare all these countries, most earthquakes occur in Japan.

Friends, some people believe that some animals and birds can predict earthquake

They have certain characteristics that allow them to detect changes in the ground. It is also said that ponds and canals give off a special smell before an earthquake, And the temperature of the groundwater also rises, However, according to scientists, no method has yet been invented to predict earthquakes.

They are also called marsquake or venusquake accordingly

Friends, an estimated 8,000 people lose their lives every year due to earthquakes, In the last 4,000 years, 13 million people have lost their lives as a result of earthquakes,The most severe earthquake in terms of magnitude occurred in 1960 in Chile its magnitude was 9.5.

The disaster left two million people homeless, and about 1600 people lost their lives. According to experts, in the year 1201, there was a catastrophic earthquake in Egypt and Syria in which more than one million people died, Friends, because of earthquakes sometimes some changes happen in the world. A magnitude 9.2 earthquake shook the US state of Alaska in 1964 The quake lasted four minutes.

Due to this severe earthquake, roads dropped twenty feet below. Similarly, in 2010 a magnitude 8.8 earthquake shook Chile, sliding the city of Concepcion ten feet to the west.

The longest earthquake in 2004 was centered in the Arabian Sea. The jolts were felt continuously for ten minutes. The worst earthquake in Pakistan's history occurred in 2005, The epicenter was reported at Muzaffarabad in Azad Kashmir with a magnitude of 7.6, The quake wreaked havoc in Azad Kashmir and Hazara Division ,The jolts were also felt in Afghanistan and India. The quake killed at least 80,000 people and affected 500,000 families The quake is considered to be the worst in South Asia.

Before the partition of the subcontinent, there was a strong earthquake in the Quetta area in May 1935, which destroyed the whole city, Its magnitude was recorded at 7.7. Thirty to sixty thousand people died as a result.

Friends, the history of earthquakes is very old. In the past, before the age of modern science, different nations had different opinions about it, According to the Japanese, these earthquakes are caused by a huge fish.

The Greeks said that when the god of rivers gets angry, the earth shakes and an earthquake occurs. According to Hindus, eight elephants are standing on the back of a tortoise.This tortoise itself is standing on top of a snake While our world is placed on top of elephants.Whenever one of these animals moves, our earth shakes, that is, an earthquake occurs.

my dear curious fellows, did you like this informative article about earthquakes today? Please let us know in the comments. Thank you!