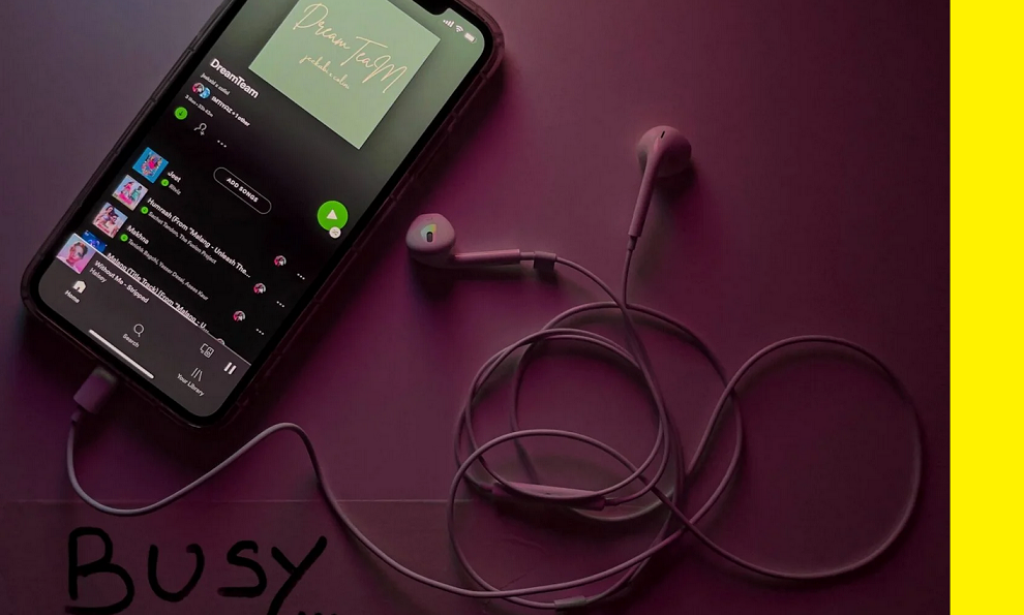 Why Music Recommendations on Spotify Always Seem So Accurate

Everyone opens their Spotify "Wrapped" lists on the first day of the month of December. Everyone you follow seems to be taking screenshots of their favourite musicians and songs, posting them on social media, and giving you a distilled audio history of their year.

In a click-through interactive tale in 2021, Spotify's personalised playlist of your soundtrack included your most-played musicians, songs, genres, and even a music mood board. The function for 2021 also enables you to create a blended playlist by combining your year's music with that of a friend. (A new feature that year was the mood board and blended playlists.)

All of this begs the question: Why reveal people their music consumption habits? A study that the Spotify research team wrote about in May 2020 may hold the key. The researchers displayed to ten users their unique Spotify data profiles, which included details about their top songs (both recently and historically), top genres, number of playlists they'd made, and when they used Spotify. They found that by displaying a user's personal listening history data, they could "reflect on their identities as listeners" and determine whether the user exclusively listened to music while working or experienced periods of strong artist infatuation.

Even though we know it's only music and that we're not the only ones who enjoy Taylor Swift or Lorde, we nevertheless care about this kind of knowledge. It could be quite intimate and occasionally illuminating to witness a narrative—now with a glimmer of an emotional arc—created around the music that helped to define your year. (If you're feeling brave, you could let an external AI analyse your Spotify.) According to a journalist for FiveThirtyEight, Spotify seemed to know him better than he knew himself at one point.

So, precisely how does Spotify accomplish this? We are aware that they have tonnes of information they have gathered from listeners (381 million monthly active users at last tally when this article was written in December 2021). Here are the types of analysis they've been conducting in secret to learn what their users want to hear.

The initial goal of Spotify, which was established in 2006, was to become a music library. Personalization was added later, when the app's developers saw that letting users find new songs they would enjoy would improve the user experience. And this might be accomplished by providing an algorithm with details about a user's musical preferences, listening history, length of play for particular songs, and reaction to recommendations (are they liking them, skipping them, replaying them, saving them).

According to Oskar Stl, Spotify's VP of Personalization, "Personalization was an empowering experience for users who didn't have the time or knowledge to make countless individual playlists for every dinner party or road trip." "It enabled hundreds of artist discoveries per individual each year, opening up discovery on a wider scale."

They used user modelling and in-depth musical analysis as the foundations of their strategy for this kind of personalisation. By working out ways to translate user behaviour within the app into human features and emotions and tying musical experiences to mood and situational factors like day of the week or season, Spotify aims to model user behaviour within the app. Knowing this might enable them to alter their advice for a Friday night as opposed to a Tuesday afternoon. On carousels on your home screen, suggested playlists may appear; they may be personalised playlists like Discover Weekly, Daily Mix, or Radio playlists.

Additionally, you can retrieve recommendations from a playlist you've already created using the "enhance" feature, and just this week, Stl stated in a video presentation that the Spotify team was thinking about using a method that combined a human editor with a machine learning algorithm to create audio experiences that might mix and match songs with podcasts and other content. Spotify has even been experimenting with a neural network called CoSeRNN that takes into account details like previous listening habits and the current situation to pick songs that are appropriate at the time.

In order to investigate if musical taste is a reflection of particular human features, researchers conducted a modest survey-based study in December 2020 and published the findings. The researchers wrote in a blog post that there seemed to be some links between personality and musical taste. Unsurprisingly, individuals who described themselves as "open to new experiences" read Discover Weekly more; extroverts listened to playlists made by other people more; introverts preferred to sift through the catalogue of a newly discovered musician.

examining the components of your ideal playlist

Spotify's staff seems to be continuously coming up with fresh ideas for how to categorise and suggest various genres of music to its customers. To get there, companies must first take the various data types they gather and create models that can analyse, compare, contrast, sort, and organise the various pieces of information they are receiving. In a 2016 report, corporate researchers noticed that they search the web for information on artists and terms used to describe particular songs in online reviews. By scanning the billions of user-generated playlists currently present on the platform, they create algorithms that can understand how songs are related and dissect the sound structures of individual songs. They also estimate a user's musical preferences by looking at their past and present listening habits.

For instance, Discover Weekly uses in-depth analysis of the songs a user has recently listened to as well as a search of all playlists that might contain those songs or music similar to them. Spotify groups music and users together based on shared characteristics or features using a machine learning technology called the approximate nearest-neighbor search algorithm.

Imagine having the same top four artists as someone else, but having a different fifth artist. We would take those two close matches and suggest that perhaps each person would enjoy the other's fifth artist, Stl wrote in a blog. "Now picture that process happening at scale—not just one-on-one, but thousands, millions, and immediate consideration of connections and preferences."

For its part, Spotify has put a lot of effort into breaking down the rhythm and structure of a song into its various instrument layers. A new personalised recommendation model called MUSIG was proposed by the music service in research published in November 2021. It learns "meaningful representations of tracks and users" based on specific song characteristics (such as genre, acoustics, danceability, and the wordiness of lyrics) and how they relate to one another (like if they appear on the same playlist).

Staying on top of the users

Finding out what users like right now, however, is not sufficient. Our tastes in music evolve over time, so Spotify has to continuously introducing its listeners to new songs they'll enjoy to keep them coming back.

This entails recommending a mixture of popular material and content that is comparable to music the user has already listened to, coupled with exploratory content that is more diverse and out of the user's regular sphere of interest.

"We can help you focus while studying, even though you may have joined Spotify for the dancing music. We can assist you have a more satisfying content diet by balancing these polarities, Stl added in the video presentation. "We need to consider your wants, needs, and things that will keep you in your comfort zone, so things that may improve your listening in the long run but may not be precisely what you anticipate right now."

According to a post by Spotify researchers from March 2021, this kind of formula "may enhance exploration by letting consumers discover new material or acquire new tastes." It can aid in the consumption of less well-known content and assist the platform distribute consumption across artists.

Of course, Spotify wants to broaden the range of tastes among its customers for business reasons. According to internal surveys, active users who have a more varied listening style are "25 percentage points more likely to convert from Free to Premium than those who have a less varied music consuming style."